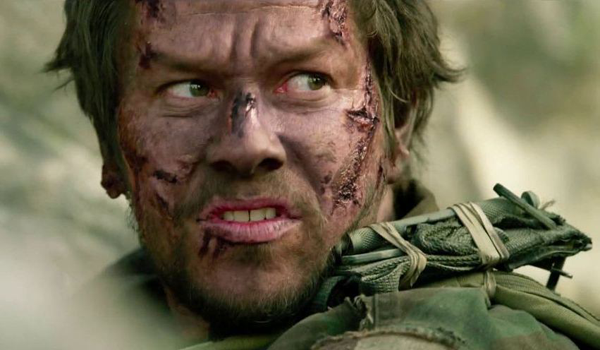 Monday Update: Universal reports that Lone Survivor opened to $38.2 million, which is slightly lower than Sunday's estimated haul of $38.2 million.

Sunday Update: Universal's Lone Survivor exceeded expectations in a big way this weekend with an estimated first place take of $38.51 million. The Peter Berg directed war film starring Mark Wahlberg delivered the second largest unadjusted opening weekend ever for the month of January (behind only the $40.06 million three-day start of 2008's Cloverfield). Lone Survivor opened an impressive 58 percent stronger than the $24.44 million take of Zero Dark Thirty during its first weekend of wide release last January. Lone Survivor marks another strong box office performance for Wahlberg (who has had a number of films exceed expectations over his career) and represents a rebound for Berg after the disappointing performance of 2012's Battleship.

Lone Survivor grossed $14.4 million on Friday (which included an estimated $1.5 million from late night Thursday shows), was up slightly on Saturday to take in $14.5 million and is estimated to fall 34 percent on Sunday to gross $9.61 million. That places the film's estimated opening weekend to Friday ratio at 2.67 to 1. It should be noted that the film was likely more front-loaded towards Friday's performance than it normally would have been due to NFL playoff games this weekend on Saturday and Sunday. With an A+ CinemaScore rating, long-term prospects look strong for Lone Survivor going forward. The audience breakdown for Lone Survivor skewed towards male moviegoers (57 percent) and moviegoers 30 years and older (57 percent).

Disney's Frozen finished in second place this weekend with an estimated $15.07 million. The 3D computer animated blockbuster continued to hold up very nicely, as it was down a slim 23 percent from last weekend. This weekend's performance represented the fourth largest unadjusted seventh weekend gross ever for a film in wide release (behind only Avatar, Titanic and The Passion of the Christ). Frozen has now grossed a massive $317.66 million to date, which ranks it as the fourth highest grossing release of 2013 domestically. With the aid of the Martin Luther King holiday, Frozen should be able to hold up very well once again next weekend.

The audience breakdown for The Legend of Hercules skewed towards male moviegoers (57 percent) and moviegoers over 25 (55 percent). 3D grosses were responsible for 49 percent of this weekend's overall gross.

Warner's The Hobbit: The Desolation of Smaug placed in sixth with an estimated $8.02 million. That represented a sharp 49 percent decline from last weekend, as the film clearly took a hit from new direct competition from both Lone Survivor and The Legend of Hercules. The Desolation of Smaug has grossed $242.22 million in 31 days. That places the film 13 percent behind the $278.21 million 31-day take of 2012's The Hobbit: An Unexpected Journey.

Despite stronger awards season prospects, Warner's Her was less impressive in its expansion this weekend. The Spike Jonze directed film starring Joaquin Phoenix placed in eleventh with an estimated $5.41 million from 1,729 locations. That was below expectations, which had been inflated a bit from the film's strong three-week performance in limited release. The expansion of Her ended up being similar to the expansion of 2012's The Master, which grossed just $4.39 million in its first major weekend of release (from 788 locations) on the heels of a strong platform start. Going forward, Her will hope to hold up better than The Master did, though the film's B- rating on CinemaScore and estimated weekend to Friday ratio of 2.97 to 1 are both a bit concerning. Her has grossed $8.81 million to date.

Saturday Update: Universal reports this morning that Lone Survivor earned an estimated $14.4 million on Friday, putting it on course for one of the best January openings ever. Cloverfield owns the month's record with $40.1 million back in 2008. Lone Survivor is projected by BoxOffice to bank a strong $38 million.

As expected, Lone Survivor is playing strong throughout America's heartland and among military families. Mark Wahlberg continues to expand his box office drawing power as the film is poised to far exceed the debuts of Act of Valor ($24.5 million) and Zero Dark Thirty's expansion one year ago this weekend ($24.4 million). Early word of mouth appears very healthy with 85 percent of more than 32,000 Flixster users anticipating or approving of the film.

Lionsgate's The Legend of Hercules posted a tepid $3.08 million opening day, which should give the film an $8.2 million opening weekend. Awareness and interest had been low going into the weekend, so this weak debut is hardly surprising and falls in line with the Conan the Barbarian remake's debut weekend of $10 million back in August 2011. The Legend of Hercules has received toxic reviews from critics (currently at 2 percent on Rotten Tomatoes) and early word of mouth is suffering with only a 50 percent audience score on Flixster.

Also expanding this weekend are the awards season underdogs August: Osage County and Her. Osage banked an estimated $2.2 million on Friday as it expanded into 905 locations, and the film's Flixster score sits at a solid 76 percent for now. BoxOffice projects a $6.7 million weekend from there. Her, meanwhile, pulled a soft $1.8 million day from 1,729 theaters. BoxOffice projects Spike Jonze's film will tally $5.6 million for the weekend. Although long-term playability could still be in the latter film's favor (especially if it garners some nomination attention from the Academy next week), and while word of mouth is very positive at 87 percent on Flixster, Her is noticeably behind the pace of 2004's Eternal Sunshine of the Spotless Mind, which bowed to an $8.2 million weekend in 1,353 theaters in March that year.

Check back for official studio weekend estimates on Sunday.

Friday Update: Sources tell BoxOffice that Lone Survivor is on track to pull in around $11 million today based on early business. That puts the film on course for a $28-30 million weekend debut, and business from Middle America could send it even higher.

Meanwhile, The Legend of Hercules is looking at less than $3 million today and will easily fall short of a $10 million weekend unless evening business significantly picks up.

August: Osage County is looking to pull a solid $2.5 million today as it expands into 905 theaters. The adult-skewing flick should hold up well throughout the weekend for an $7-8 million expansion frame. Meanwhile, Her is off to a soft wide expansion with less than $2 million expected from its 1,729 locations. Please caution that these projections are early, and both August and Her should benefit from stronger evening business and some awards buzz in the days and weeks to come.

More updates as they roll in...

Thursday Update: Fandango reports that Lone Survivor is outpacing Zero Dark Thirty at the same point in the sales cycle. That's a good sign for Universal's war flick considering that Zero Dark Thirty opened to $24.4 million during its first weekend of wide release.

Also from Fandango: Lone Survivor, is outgunning its box office competitors this weekend, scoring 82 out of 100 points on Fandango's Fanticipation movie buzz indicator. Survivor is also leading Fandango's advance ticket sales for this weekend, with The Wolf of Wall Street and Disney's Frozen following in second and third place, respectively.

Wednesday Update: Lone Survivor receives its nationwide expansion this weekend, and it's aiming to become an early success for the new year.

Mark Wahlberg leads the Peter Berg-directed war drama, based on the bestselling heroic true story of four Navy SEALs on a deadly mission targeting an important al-Qaeda operative. Marcus Luttrell, portrayed by Wahlberg in the film, authored the original book and became involved with the picture to help ensure Hollywood did their emotional story justice.

War films--even from prestigious filmmakers--have historically been hit or miss at the box office. For every Black Hawk Down, Zero Dark Thirty, or Act of Valor, there's been Green Zone, The Hurt Locker, or United 93. Those latter two films were highly regarded among critics (with Hurt Locker representing the lowest grossing Best Picture Oscar-winner in history at $17 million), but none found much of a commercial audience to speak of.

The reasons vary, but typically, Americans didn't favor movies that hit too close to real world events in the years after 9/11. (See also Berg's The Kingdom, Stop-Loss, etc.) Oliver Stone's World Trade Center and Sam Mendes' Jarhead were among the few modest hits.

Now, the status quo seems to be shifting. Zero Dark Thirty earned a strong $95.7 million domestically last year as it gave director Kathryn Bigelow and leading actress Jessica Chastain strong awards buzz heading into 2013. One year earlier, Act of Valor marked a late winter hit with adult crowds as it banked $70 million--an impressive figure for a movie that boasted no star power or awards buzz, opting instead to sell itself on the hook of starring actual Navy SEALs.

With Lone Survivor, Berg takes his second look into the real world battlefield. Bringing Wahlberg on board for the lead is proving timely and smart. The actor is has quietly become hot property at the box office with five of his last six movies opening north of $20 million, and averaging $28.3 million. (That excludes The Fighter, which was given a staggered release at the end of 2010.)

If word of mouth is as strong as early screenings hint it will be, don't rule out a possible run toward $90-100 million domestically. It's still possible that audiences aren't quite ready for another look into the many stories coming to light from war in the Middle East, but Lone Survivor looks poised to perform very well by attracting military families and Middle American moviegoers beginning this weekend.