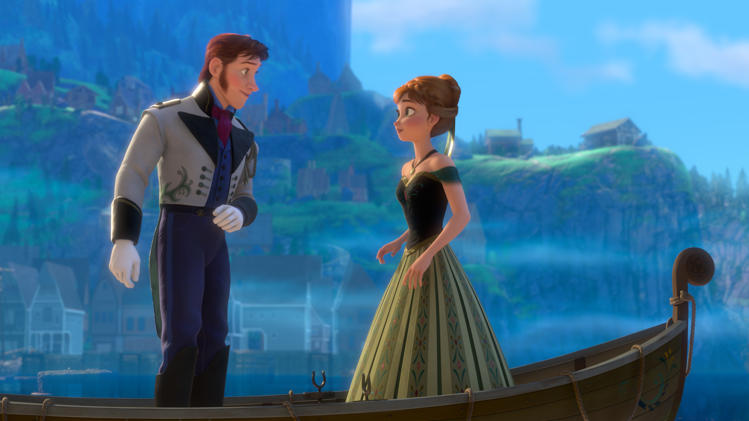 Frozen dethroned The Hobbit: The Desolation of Smaug from the top spot at the overseas box office and finished the weekend well above the $700 million mark. The latest film from Walt Disney Animation Studios finished its seventh weekend with a $394.6 million overseas cume and a $712.2 million global total to become the fourth highest non-sequel animated release of all time. Frozen is Disney's #1 animated release of all time in Russia, Ukraine, Malaysia, and Singapore, as well as the biggest Walt Disney Animation Studios release in the United Kingdom, Mexico, and Norway.

Frozen will open in South Korea and Turkey next weekend. China is due for a February 5 release and Japan is on deck with a March 15 premiere.

The Hobbit: The Desolation of Smaug finished its #1 streak at the overseas box office after four weeks despite crossing the $800 million global milestone, falling short of Frozen with a $21.9 million weekend take from 62 markets. Sunday estimates for Warner Brothers had originally put the film's overseas weekend total at #$22.2 million.

Smaug relinquished the top spot in its fifth weekend in Germany, where it finished in second place with a $3.6 million take. The film has grossed a whopping $81.4 million total in Germany, its biggest overseas market. Other top markets for The Hobbit sequel include: The United Kingdom ($65.7M), Russia ($48.3M), Australia ($28.1M), and Spain ($22.2M).

The Hobbit: The Desolation of Smaug has grossed a total of $566 million overseas and $808.2 million worldwide. The film will debut in China on February 21 and Japan on February 28.

Paranormal Activity: The Marked Ones is making its mark around the world. The horror film took first place in Russia with a $4 million opening weekend, the largest debut of franchise history in the market. Brazil took $2 million from 311 screens in an opening weekend that marked the biggest franchise opening and second highest 2D horror debut of all time in the market. The horror sequel earned a total of $15.5 million from 40 territories over the weekend to reach a $34.6 million overseas cume.

France and Germany both added $1.4 million respectively in their first holds. The Marked Ones has grossed a total of $4.5 million in France and $4.7 million in Germany. Mexico contributed $1.3 million in its second weekend to bring the local cume up to $3.9 million. The United Kingdom reached a $4.3 million total after a $1 million weekend from the market.

Paranormal Activity: The Marked Ones has grossed $63 million worldwide.

Despicable Me 2 enjoyed a surprising $15.3 million opening weekend in China. It's a strong debut considering the first installment of the franchise was never released in the country and that the current film has already been in release around the world for over eight months. Universal's original estimate of $13.8 million was revised to $14.4 million on Monday before Entgroup confirmed the $15 million bow.

The $15.5 million bow is the biggest animated premiere in China since 2012's Ice Age: Continental Drift. Last year's animated hits all opened below the DM2 debut, with Monsters University opening to $13.2 million, The Smurfs 2 to $10.1 million, and The Croods to $6.4 million. Despicable Me 2 ranks as the third biggest animated debut of all time in China behind Ice Age: Continental Drift ($19.4M) and Kung Fu Panda ($16.2M).

The Chinese premiere lifts Despicable Me 2 to a $567.8 million overseas cume. It has now surpassed Finding Nemo ($555.9M) and The Lion King ($564.7M) to become the fourth biggest animated film of all time overseas. Despicable Me 2 has grossed $935.8 million worldwide.

12 Years a Slave took the top spot in the United Kingdom this weekend with a $4.2 million bow. The historical drama has grossed a total of $12.7 million from 16 markets overseas and $51.7 million worldwide.

The Book Thief took a $3.9 million debut from its first 6 markets overseas, slightly above the studio's $3.7 million estimate. A $1.1 million bow in Spain put the film in first place while Australia recorded a $2.2 million debut that put it in third place down under. The Book Thief has grossed $23.5 million worldwide.

Anchorman 2 hit a $40 million overseas total after adding $3 million from 7 territories in latest frame. The comedy took another $1.5 million from 446 locations in the U.K., a 39% drop, to reach a $22.3 million cume in the market.

Australia dipped 45% in its fourth weekend for a $1.1 million take from 256 screens, bringing the film's Australian total to $15 million - seven times the lifetime gross of the original. Anchorman 2 has grossed $158.5 million worldwide.

Thor: The Dark World has grossed $428.4 million overseas and $632.3 million globally. The superhero sequel will open in Japan on February 1.