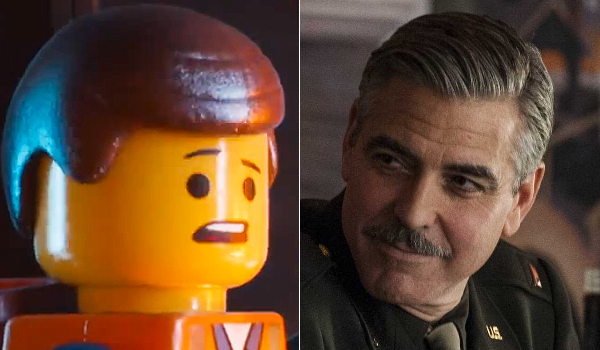 Sunday Update: Warner's The LEGO Movie exceeded rising expectations in a big way this weekend with an estimated first place debut of $69.11 million. That represented the second largest unadjusted opening weekend performance ever for the month of February, behind only the $83.85 million debut of 2004's The Passion of the Christ. The LEGO Movie easily generated the largest debut ever for an animated film from Warner Bros. (the studio's previous high-water mark for an animated film was the $41.53 million debut of 2006's Happy Feet). A strong marketing campaign, strong pre-sales thanks in part to a large built-in fanbase, a relatively empty marketplace heading into the weekend and very strong critical reviews are all factors that helped anticipation surge for The LEGO Movie in the days leading up to its release. Following in the footsteps of Frozen, family audiences are clearly still in the mood for well-received animated fare.

The LEGO Movie took in $17.14 million on Friday, was up an awesome 80 percent on Saturday to gross $30.94 million and is estimated to fall 32 percent on Sunday to take in $21.04 million. That places the film's estimated opening weekend to Friday ratio at a strong 4.03 to 1. That is a sure sign of just how heavily the film is skewing towards family audiences, as well as a sign of strong early word of mouth. It should also be noted that Saturday holds were especially strong in general; due in part to Friday's grosses being deflated a bit by the opening ceremony of the Winter Olympics. With the aid of its previously mentioned strong critical reviews, a strong A rating on CinemaScore, next weekend's family friendly holiday frame and no new direct competition for family audiences hitting the marketplace until the release of Fox's Mr. Peabody & Sherman on March 7, it appears to be a given that The LEGO Movie will hold up especially well going forward.

The audience breakdown for The LEGO Movie skewed towards male moviegoers (55 percent), while moviegoers under the age of 18 represented a sizable 41 percent of the film's audience. Clearly, four-quadrant appeal was a key factor in the film's success this weekend.

While it debuted in a very distant second place, Sony's The Monuments Men still performed respectably in its own right this weekend with an estimated second place debut of $22.7 million. Despite largely negative critical reviews, the George Clooney directed World War II starring Clooney and Matt Damon debuted on the high-end of pre-release expectations. The Monuments Men was also aided from the relatively empty marketplace heading into the weekend and was likely helped out a bit by representing Clooney's first return to theatres after the runaway success of last year's Gravity. The film opened 79 percent ahead of the $12.71 million start of 2009's The Men Who Stare at Goats and 40 percent behind the $38.05 million debut of 2009's Inglourious Basterds.

The Monuments Men took in $6.9 million on Friday, increased a healthy 38 percent on Saturday to gross $9.55 million and is estimated to fall 35 percent on Sunday to take in $6.25 million. That places the film's estimated opening weekend to Friday ratio at an encouraging 3.29 to 1. The film received a respectable B+ rating on CinemaScore. The audience breakdown for The Monuments Men skewed slightly towards female moviegoers (52 percent) and heavily towards moviegoers over the age of 35 (75 percent).

The weekend's other new release, The Weinstein Company's Vampire Academy opened all the way down in seventh place with a very disappointing estimated $4.10 million. The Mark Waters directed young adult adaptation marks yet another under-performer when it comes to lower profile young adult adaptations. Similarly to what occurred with Justin Bieber's Believe back in December, a relatively high level of online chatter for Vampire Academy ultimately made absolutely no impact on the film's grosses. Vampire Academy opened 46 percent softer than the $7.58 million opening weekend of last year's Beautiful Creatures (which was deflated a bit from that film opening on a Thursday). With a lackluster B- CinemaScore, a per-location average of just $1,533 this weekend and four new wide releases hitting the marketplace in the coming week, Vampire Academy obviously won't be around in theatres for long.

Even with the additions of The LEGO Movie and The Monuments Men in the marketplace this weekend, a number of holdovers were still able to hold up well due in part to last weekend's grosses being deflated by Super Bowl XLVIII. Universal's Ride Along was the weekend's top holdover with an estimated $9.4 million to place in third. The break-out action comedy starring Kevin Hart and Ice Cube was down just 22 percent from last weekend and likely received an extra boost this weekend from moviegoers who wanted to catch the film before Sony's About Last Night (also starring Hart) arrives in the marketplace this coming Friday. Ride Along surpassed the $100 million domestic milestone this weekend (making it the first release of 2014 to do so) and has now grossed $105.12 million to date.

Disney's Frozen was down a slim 23 percent from last weekend to place in fourth with an estimated $6.91 million. This weekend's hold for the computer animated blockbuster was especially impressive given the break-out performance of The LEGO Movie with family audiences. Frozen has grossed a massive $368.68 million to date and has now surpassed the $368.07 million final domestic gross of Despicable Me 2 to become the third highest grossing release of 2013 domestically (behind only The Hunger Games: Catching Fire and Iron Man 3).

Focus' That Awkward Moment held up unexpectedly well in its second weekend to place in fifth with an estimated $5.54 million. The low-budget Zac Efron led comedy was down 37 percent from last weekend. Efron's previous vehicles have tended to be quite front-loaded towards opening weekend, so it appears that the opening weekend of That Awkward Moment was deflated a bit by the Super Bowl. That Awkward Moment has grossed $16.85 million in ten days, which is slightly below expectations and places the film 28 percent behind the $23.49 million ten-day take of 2010's Charlie St. Cloud (which fell 62 percent in its second weekend to gross $4.70 million).

Saturday Update: Warner Bros. reports this morning that The LEGO Movie tallied $17.14 million (including Thursday night's $400K take) from 3,775 locations on Friday. That firmly establishes a new animated franchise for the studio and gives writers/directors Phil Lord and Chris Miller (Cloudy with a Chance of Meatballs, 21 Jump Street) their biggest debut yet. BoxOffice projects LEGO will earn a massive $67 million this weekend.

The keys to success? Warner Bros. brought on a talented team of filmmakers to bring one of the world's biggest toy brands to screen for the first time. The LEGO line has become a massively popular centerpiece in the world of entertainment for young people--especially through various video games and Star Wars licensing. The enduring appeal of the brand also ensured cross-generation appeal for a film that targets all ages with pop culture jokes (previously Shrek's forte) and strong reviews (over 96 percent at Rotten Tomatoes). Early word of mouth appears excellent with over 93 percent of 36,000 users approving of or still anticipating the film.

Although The LEGO Movie could have been slightly fanboy-heavy on Friday (official audience demographics haven't yet been released), the impact of the Winter Olympics opening ceremony as well as winter weather across the country could skew internal weekend holds for all films this weekend.

Including $550K on Thursday evening, George Clooney's Monuments Men earned a $7 million opening day. As a director, that easily tops Leatherheads ($4.6 million) for Clooney's best opening day. BoxOffice projects the film will earn a solid $21 million this weekend. After moving out of December and awards contention, the historical war/art heist pic has been greeted with disappointing reviews (33 percent on Rotten Tomatoes) but Sony's marketing department successfully pitched the film as a sort of Ocean's Eleven/Saving Private Ryan hybrid with the star-studded ensemble cast aimed at older audiences. Word of mouth doesn't appear healthy, unfortunately, as only 57 percent of nearly 35,000 users have given the movie their stamp of approval.

Lastly, TWC's Vampire Academy had no bite with its lackluster $1.43 million Friday. That puts the film on course for $3.8 million this weekend. Seemingly aimed at teenage girls, critical reviews have been toxic (11 percent on Rotten Tomatoes) while the film's advertising never really made it clear who the movie was being pitched toward. The vampire craze has clearly died off since the reign of the Twilight films. On the bright side, early word of mouth is fairly healthy with 82 percent of nearly 14,000 Flixster users approving.

Friday Update #2: Sources tell BoxOffice that The LEGO Movie could earn a massive $20 million today, far ahead of most industry expectations. If that figure holds, the Warner Bros. animation will be on track for an impressive $75 million debut weekend. The only other film to open with more in February was 2004's The Passion of the Christ ($83.85 million).

Sources also say that Monuments Men is heading toward a $7.5-8 million Friday. That would give the pic a healthy start toward a $23 million weekend.

Vampire Academy is off to a slow start with a projected $2 million Friday. From there, the teen-leaning flick would land around $5.5 million for the weekend.

Friday Update: Nikki Finke reports that The LEGO Movie earned a healthy $400K from late Thursday shows last night, setting it up for strong weekend ahead following the film's claim as the second biggest advance ticket-seller among all animated films on Fandango (behind only Toy Story 3).

The Monuments Men, meanwhile, earned $550K in its Thursday night debut, per THR. That's not a bad start, but business will need to pick up today for the film to continue having a shot at a $20 million weekend.

Thursday Update: The LEGO Movie is currently doing some serious damage on Fandango as its release nears. The latest from the ticketing site:

LOS ANGELES - February 6, 2014 - "The LEGO Movie," the first-ever, full-length theatrical LEGO adventure, is topping Fandango's Fanticipation movie buzz indicator, scoring 92 out of 100 points for its opening weekend, while George Clooney's "Monuments Men" is generating strong appeal with the adult audience, scoring an impressive 79 out of 100 points. Fandango's "Monuments" sales are on pace with the company's advance ticket sales for "Captain Phillips" and "Lee Daniels' The Butler" at the same point in the sales cycle.

"The LEGO Movie" is on track to become Fandango's second biggest advance ticket-seller among all animated films, right behind 2010's "Toy Story 3." As of Wednesday evening, Fandango's "LEGO" sales are surpassing its advance ticket sales for "Frozen," "Despicable Me 2" and "Monsters University" at the same point in the sales cycle (one day before release date).

According to a survey of more than one thousand "LEGO Movie" ticket-buyers:
· 97% have played with LEGO at one time in their lives

· 89% say the trailers and movie clips they have seen online influenced their decision to see the film;

· 75% claimed they're taking the whole family;

· 72% pointed to LEGO Batman and other pop culture characters as increasing their interest in the movie.

"LEGO ticket sales are nothing short of phenomenal," says Dave Karger, Fandango's Chief Correspondent and Host of "Weekend Ticket." "'The LEGO Movie' has a built-in fan base of anyone who ever played with the toys as a kid, but it's the film's fast-paced and irreverent humor that will appeal to all audiences regardless of their age."

Wednesday Update: Fandango reports today that The LEGO Movie is outpacing the pre-release sales of The Croods and Monsters University at the same point in the sales cycle. The Warner Bros. animation currently boasts 67 percent of today's overall sales.