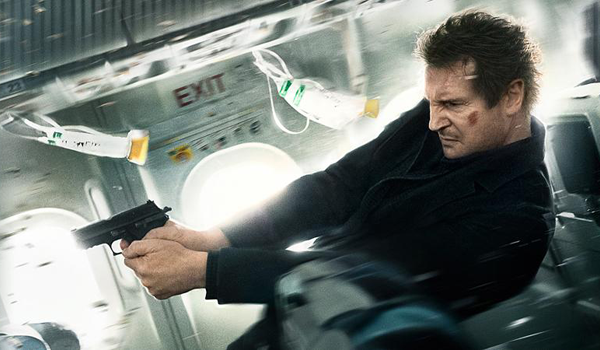 There may be no stopping Liam Neeson. The veteran thespian has evolved into one of moviegoers' favorite action stars thanks to the success of 2009's Taken, headlining several global hits ever since. Be it his leading roles in Taken 2 and Unknown, or as a supporting player in Wrath of the Titans and Battleship (an overseas hit despite its domestic shortcomings), Neeson has established himself as one of the most reliable box office draws of the last five years.

Now, he's taking to the sky with fellow vet Julianne Moore in Universal's Non-Stop, opening February 28. The flick promises to give Neeson's fans more of the pulse-pounding, thriller-driven action they've come to enjoy. Can it best the modest performance of 2012's The Grey and add to the growing list of 2014's early hits?

The movie really shines over on Facebook where it boasts an impressive 240,501 fans through February 11. That far exceeds the 87,159 fans of The Grey and 109,577 of Olympus seventeen days out from their debuts. Unknown barely registered with a mere 2,293 Facebook fans at the time. In fact, over the past week, Non-Stop has added a healthy 51,260 "likes"--in line with Olympus' 44,640 and more than double that of The Grey and Safe House.

Flixster's community buzz is similarly encouraging. 98 percent of nearly 14,000 voters are anticipating the film, already topping the final scores and vote totals of The Grey, Safe House, and Olympus Has Fallen on the day before their respective openings.

Interest in Neeson's latest offering has been steadily building. Strong online activity generated by its Super Bowl spot hasn't proven to be a fluke, indicating that Non-Stop should exceed the $52 million domestic and $77 million global run of The Grey.

Also slated to open on February 28 is Son of God, although its nature as a rehash of last year's successful History Channel miniseries should ultimately make it a non-event outside of churchgoers.

Unless something competing for a similar audience (such as this week's RoboCop remake) impressively breaks out between now and the end of the month, Non-Stop is well-positioned to be adults' movie of choice as we head into March with very little direct competition before Noah opens a full month later. Should things continue firing on all cylinders, Non-Stop has increasingly strong odds of approaching the $100 million domestic benchmark that Neeson's Taken flicks have handily surpassed.

Check BoxOffice in the weeks ahead for further Non-Stop analysis.