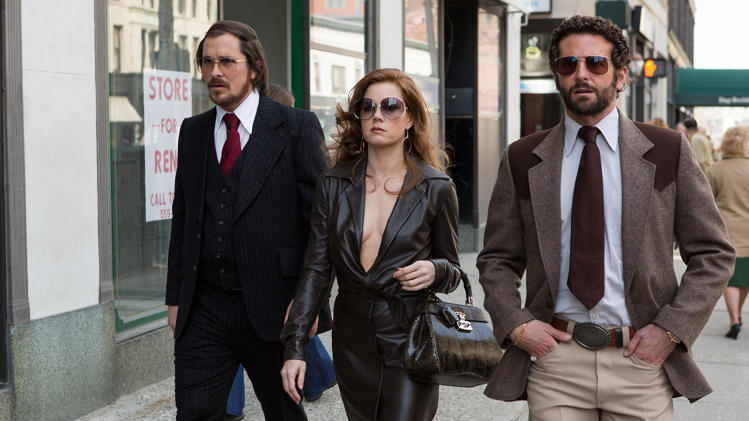 It is the highest grossing film of David O. Russell's career in North America, passing the $132.1 million earned by Silver Linings Playbook with a current total of $138.7 million. American Hustle has grossed $64 million overseas.

The full press release from Sony is pasted below:

American Hustle has also proven to be just as strong a player to international audiences, grossing $64 million to date in overseas markets, with territories including Germany, Russia and Korea yet to open. The film has opened #1 in six territories - UK, Australia, New Zealand, Spain, Portugal, and Greece - and the UK box office is so strong that American Hustle has nearly tripled the box office of Silver Linings Playbook in that territory. Annapurna's international sales company, Panorama Media, has handled international sales of the film throughout the world. Sony Pictures distributes the film in the U.S., Latin America, South Africa, and Eastern Europe (excluding Russia and the Ukraine).

American Hustle is now the highest-grossing film, both domestically and internationally, for Annapurna Pictures.

Commenting on the announcement, Blake said, "Congratulations go to our filmmakers. David O. Russell has scored again with critics and audiences alike - he has delivered a tremendous film, one that has connected with moviegoers in every country around the world. I also want to congratulate Chuck Roven - a longtime friend and one of our industry's prolific producers - on his first Oscar® nomination, as well as his fellow producers, Richard Suckle, Megan Ellison, and Jonathan Gordon on their nominations. In fact, special congratulations go to Megan on becoming the first woman with two nominations for Best Picture in one year. They and their entire cast and crew dedicated themselves to David's vision for a truly special film, and we're excited and gratified by their success."

Russell sees American Hustle as the third part in a trilogy of reinvention that began in The Fighter and continued in Silver Linings Playbook - and with this film, the themes play out on an even larger canvas. Armed with a vision for an alluring film unlike any other, Russell and his cast and crew met the challenge, resulting in 10 Academy Award® nominations across several branches. American Hustle has also been presented with three Golden Globe Awards, including Best Picture (Musical or Comedy), the Screen Actors Guild Award for Best Performance by a Cast, the New York Film Critics Circle Award for Best Picture, Best Supporting Actress, and Best Screenplay. It is nominated for 10 BAFTA Awards and has been cited on over 230 top critics' lists.

A fictional film set in the alluring world of one of the most extraordinary scandals of the 1970s, American Hustle tells the story of brilliant con man Irving Rosenfeld (Christian Bale), who along with his equally cunning and seductive partner Sydney Prosser (Amy Adams) is forced to work for a wild FBI agent Richie DiMaso (Bradley Cooper). DiMaso pushes them into a world of Jersey powerbrokers and mafia that's as dangerous as it is enchanting. Jeremy Renner is Carmine Polito, the passionate, volatile, New Jersey political operator caught between the con-artists and Feds. Irving's unpredictable wife Rosalyn (Jennifer Lawrence) could be the one to pull the thread that brings the entire world crashing down. Like David O. Russell's two previous films, American Hustle defies genre to tell a story of love, reinvention, and survival. The film is directed by David O. Russell, written by Eric Warren Singer and David O. Russell, and produced by Charles Roven, Richard Suckle, Megan Ellison, and Jonathan Gordon.