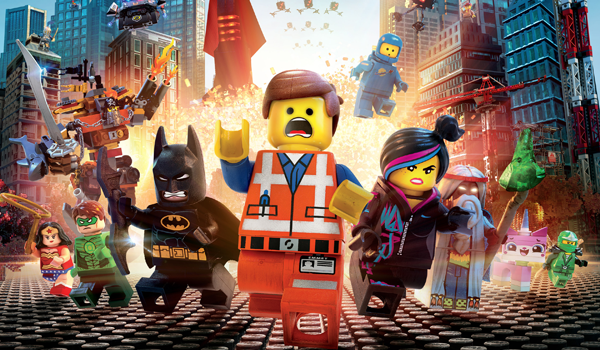 The LEGO Movie reached a $51.2 million cume in its second weekend overseas after adding $27.7 million with 3.5 million admissions from nearly, 7,100 screens across 42 markets.

The animated hit opened in the United Kingdom with a $13.4 million bow, $3.5 million of that figure coming from previews. The LEGO Movie took #1 in the market with nearly 50% market share of the top five films at the box office. Mexico posted a $2.4 million hold from 1,633 screens in its second weekend, taking its local cume up to $7 million. The film kept the top spot in Brazil with a $1.5 million hold in its second frame, a drop of only 21% from its opening weekend. The LEGO Movie has grossed a total of $3.9 milliion in Brazil.  The LEGO Movie beat RoboCop for the #1 spot in its second weekend in Spain, reaching a $3.7 million total.

The LEGO Movie will expand to France and Italy mid-week and will reach Russia, Japan, Australia, and Germany in the coming weeks.

Frozen is on track to reach the $1 billion mark at the global box office after adding another $18.2 million from its latest weekend overseas. With a $579.7 million overseas cume, the animated film remains the 5th highest grossing overseas animated release of all-time (based on original runs and not including re-releases) and highest grossing original IP (non-sequel) animated release of all-time.

The film also posted a strong $8.2 million hold in China, only a 3% drop from the previous weekend. Frozen has grossed a total of $28.4 million in China, making it the #2 highest Disney-Pixar release of all time in the market.

Frozen has grossed $955.7 million worldwide, placing it at #23 among the all-time earners at the global box office. Frozen will premiere in Japan, its final territory, on March 15.

Monuments Men enjoyed an $8.9 million bow from its initial overseas roll-out, taking its global total to $52.5 million. The United Kingdom recorded the strongest start overseas with a $2.9 million debut, finishing in second place on the market behind The Lego Movie. Italy also posted a #2 debut with a $2.2 million take from 396 screens. The film similarly finished in second place in Brazil with a $1 million bow. Monuments Men finished the weekend in fourth place in Mexico with $812k from 524 screens. Monuments Men expands to 30 more markets next weekend.

Mr. Peabody & Sherman opened in three more markets this weekend, adding $5 million to its overseas tally and bringing its early overseas cume to $12.2 million. France saw a $1.9 million debut in a third place finish. Belgium also ended at #3 with a $460k bow. The United Kingdom recorded a $2.4 million hold in its second weekend to take the local cume up to $9.7 million.

Endless Love opened day-and-date in 25 territories for a $3.9 million overseas total. A #4 opening in Australia netted $1 million from 217 dates. The film finished seventh in the U.K. with $1.4 million from 358 dates. Endless Love finishes its first weekend with a $19.1 million global cume.

VIY relinquished the top spot in Russia during its third weekend in release, moving to second place with a $2.1 million take from 940 dates. The 3D film has grossed a total of $32 million over 18 days in release.

Labor Day collected $150k from 171 sites in Australia, bringing the drama's 11-day total in the country up to $666k. Labor Day has grossed $1.1 million from 341 cinemas in 10 markets throughout its three week run overseas. The film has grossed $13.5 million worldwide.

The Book Thief continues its strong run in Brazil, where it added $950k from 306 screens to reach a $4.2 million cume. The Book Thief has grossed $33.5 million from 29 overseas markets and $54.5 million worldwide.

Devil's Due posted another strong hold in Mexico, finishing with a mid-table spot after taking $428k from its third weekend in the market. The horror film has grossed $13.5 million from 17 overseas markets and $29.1 million worldwide.