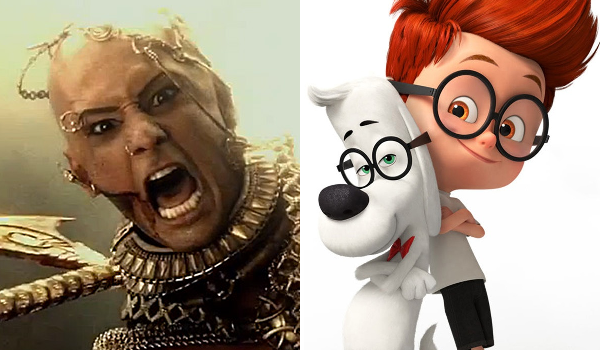 Sunday Update: Warner's 300: Rise of an Empire led the way comfortably this weekend with an estimated first place debut of $45.05 million. Despite a gap of seven years between it and 2007's 300; the 3D action sequel was off to a healthy start this weekend, as moving the film away from last summer clearly paid off. Rise of an Empire wasn't expected to open anywhere near the $70.89 million start of 300, but was able to open an impressive 35 percent stronger than the $33.46 million debut of 2012's Wrath of the Titans. Without adjusting for ticket price inflation, 300: Rise of an Empire claimed the tenth largest opening weekend ever for the month of March and the second largest opening weekend of 2014 to date (behind only fellow Warner Bros. release The LEGO Movie).

300: Rise of an Empire took in $17.58 million on Friday (which included an estimated $3.3 million from midnight shows), fell 8 percent on Saturday to take in $16.20 million and is estimated to fall 30 percent on Sunday to take in $11.28 million. That placed the film's estimated opening weekend to Friday ratio at 2.56 to 1. Somewhat surprisingly, Rise of an Empire was slightly more back-loaded than 300 was (which had an opening weekend to Friday ratio of 2.52 to 1). The film did receive a so-so B rating on CinemaScore, which isn't the greatest sign going forward, especially for a film with a sizable built-in fanbase.

300: Rise of an Empire took in an estimated $6.80 million from 342 IMAX locations. That represented 15 percent of the film's total gross this weekend. The film also received a significant boost from higher priced 3D admissions, as 3D grosses accounted for 63 percent of the film's overall grosses.

Mr. Peabody & Sherman debuted with a respectable estimated second place take of $32.5 million. The 3D computer animated film from Fox and DreamWorks Animation opened on the lower end of expectations. Mr. Peabody & Sherman debuted 25.5 percent below the $43.64 million start of last year's The Croods and 7 percent ahead of the $30.30 million start of 2009's Cloudy with a Chance of Meatballs. There is little doubt that initial demand for the film was softened at least somewhat by the recent success of both Disney's Frozen and Warner's The LEGO Movie. Being an adaptation of 1960s animated television characters likely limited the film's potential a bit to begin with as well.

Mr. Peabody & Sherman opened with $8.00 million on Friday, increased a strong 81 percent on Saturday to take in $14.45 million and is estimated to fall 30 percent on Sunday to take in $10.05 million. That places the film's estimated opening weekend to Friday ratio at 4.06 to 1. That indicates that the film is skewing very heavily towards family audiences and is an early good sign for the film going forward (especially since some schools were out on Friday for Spring Break this week). Mr. Peabody & Sherman received a promising A rating on CinemaScore.

Universal's Non-Stop was down two spots and 47 percent this weekend to place in third with an estimated $15.4 million. That represented a respectable second weekend hold for the action thriller starring Liam Neeson, especially given the new direct competition the film faced from 300: Rise of an Empire. Non-Stop continues to perform on the very high end of expectations with a ten-day start of $52.14 million. That places the film 21 percent ahead of the $42.98 million ten-day take of 2011's Unknown.

The LEGO Movie placed in fourth with an estimated $11.0 million. Warner's 3D computer animated blockbuster was down a sizable 47 percent from last weekend, but the decline was understandable with both 300: Rise of an Empire and Mr. Peabody & Sherman entering the marketplace this weekend. The LEGO Movie has grossed a very impressive $224.97 million in 31 days and is highly likely to re-stabilize next weekend.

Fox's Son of God rounded out the weekend's top five with an estimated $10.0 million. The modestly budgeted biblical epic was down three spots and a sharp 61 percent from last weekend. There is no doubt that last weekend's performance was significantly inflated by strong group sales and the film likely also took a hit from 300: Rise of an Empire as well this weekend. Despite this weekend's decline, Son of God is still performing strong with a ten-day take of $41.49 million. With its initial rush-out behind it, the film will hope to hold up better going forward.

The debut may be notably off from the original 300's $28.1 million opening day/$70.9 million opening weekend--especially when considering seven years of inflation and 3D prices--but there's no doubt that WB has pulled off a somewhat impressive feat here. The sequel had been tracking more modestly until days before release, bringing to question whether or not the wait for a follow-up without the original's main star (Gerard Butler) and evolutionary marketing campaign had been too long. Now we know. Early word of mouth isn't on fire, but it could be much worse with a current 73 percent Flixster score.

Meanwhile, Mr. Peabody & Sherman is off to a fair start as well. The Fox/DreamWorks animation hauled in $8 million on Friday, setting it up for a projected $30 million weekend. Though not as encouraging as The Croods' $11.7 million opening day/$43.6 million opening weekend last March, positive reviews and early word of mouth (81 percent on Flixster) could still help Peabody go well past the $100 million domestic mark before all is said and done.

Friday Update #3: Sources now report that 300: Rise of an Empire could be in line for $15-16 million today. From there, a weekend north of $35 million is plausible.

Mr. Peabody & Sherman remains on course for a $7.5-8 million Friday for a weekend pull of around $30 million.

Friday Update #2: Sources tell BoxOffice that 300: Rise of an Empire is performing on pace for $12-14 million today. Those figures could go higher if evening business proves strong for the adult-skewing R-rated sequel. If not, though, it will mean an opening weekend between $28-31 million.

DreamWorks' Mr. Peabody & Sherman is on track for an opening day around $7.5 million right now. From there, the animated flick would pull a $28-30 million weekend in what's shaping up to be a closer weekend race for first place than was expected going into Friday.

Friday Update: Warner Bros. reports that 300: Rise of an Empire snagged a $3.3 million haul from Thursday evening shows. That compares very favorably against the $1.3 million Thursday night gross of last year's Kick-Ass 2, a fellow R-rated sequel adapted from a graphic novel, and isn't too far behind the $4.6 million midnight gross of Watchmen on the same weekend back in 2009. With the healthy start on Thursday, 300: Rise of an Empire is probably looking at a complete opening day gross between $15 million and $20 million.

Thursday Update: Fandango reports that 300: Rise of an Empire currently leads weekend ticket sales. The sequel is also outpacing G.I. Joe: Retaliation at the same point in the sales cycle. Retaliation opened to more than $40 million in March 2013.

"With its top-flight special effects and the built-in audience from its blockbuster predecessor, 300: Rise of An Empire feels like a July release coming out in March," says Fandango Chief Correspondent Dave Karger.