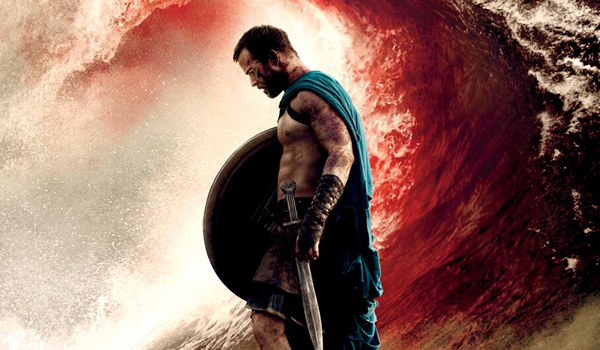 SUNDAY: The 300 franchise enjoyed a great weekend overseas with the release of 300: Rise of an Empire in 58 markets. The film took a commanding $87.8 million debut since its initial mid-week roll-out with nearly 12.1 million admissions on 14,478 screens, tracking ahead of its predecessor by 10%.

France enjoyed a $7.2 million debut with 681k admissions from 454 screens (including previews) and registered the top per-screen average in one of the world’s most diverse and competitive markets.

300 Rise of an Empire opened to $5.8 million (including previews) from 795 screens in Brazil, becoming the industry’s biggest March opening of all time in the country. It also marks the fourth highest 16-rated opener for Warner Bros. in Brazil.

300 Rise of an Empire took a robust $3 million opening from 894 screens in India, the third biggest opener of all time for Warner Bros. in the market and the fourth biggest debut for an MPA film.

SATURDAY UPDATE: 300: Rise of an Empire crossed the $50 million mark worldwide heading into Saturday. The franchise seems to be reignited with strong global interest after crossing the $30 million mark overseas from Wednesday-Friday grosses. The film enters Saturday with a $32.8 million cumulative overseas total and a $17.7 million cume from North America.

Friday was a great day for the film as it expanded to 25 overseas market. Friday overseas grosses amounted to $20.2 million from 14,400 screens across 58 markets.

FRIDAY UPDATE: 300: Rise of an Empire hit the ground running overseas. The action film has grossed a total of $12.1 million from 32 markets after only two days in release, including a strong $9.5 million Thursday haul from a total of 1,083 screens. The film occupies the top spot in 29 of its current markets. 300: Rise of an Empire expanded to 25 additional markets on Friday, including the UK, Spain, Mexico, and Brazil.

Germany took a $1.4 million opening day from Thursday, claiming first place from 592 screens and 50% of the share among the market's top 5 releases despite an 18-rating.

France added $1.15 million in its second day, a 16% dip from its Wednesday debut, to reach a $3 million total in its first two days on the market.

South Korea claimed the top spot with $918k from 651 screens.

Greece took $371k from its opening in 166 screens, posting the biggest opening day in the market in nearly 3 years.

Singapore posted the biggest opening day for a film with an M18 rating, grossing $203k in its debut.

The UAE grossed  $486k from 40 screens, marking the second biggest WB opening of all-time and the biggest for an 18 film.

The film became the biggest WB opening of all time in Lebanon with an $80k bow.