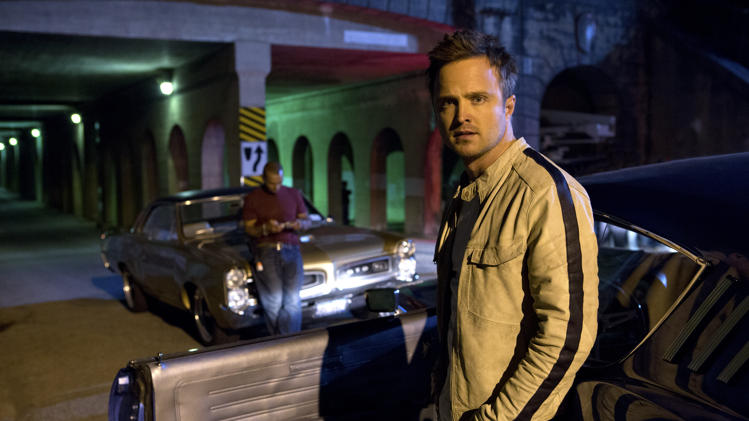 Need For Speed took $45.6 million from a day-and-date opening weekend in 40 overseas territories.

The film enjoyed a #1 opening from China with an impressive $21.2 million haul, comparable to the premieres of Thor: The Dark World and Robocop. IMAX numbers for the film coming out of China are projected to be $2.4 million from 138 screens, a new record for a March opener. Other top results from the weekend include #1 openings in Russia ($5.5M) and the United Kingdom ($3.5M). Need for Speed opened to $63.4 million worldwide.

300: Rise of an Empire narrowly missed out on the chance to retain the overseas crown, following up last weekend's strong day-and-date debut with a $41.3 million hold from over 12,500 screens in 62 markets. The 300 sequel has now grossed a total of $158 million overseas and $236.3 million worldwide after two frames in the global market.

Frozen opened in Japan this weekend, taking a commanding #1 debut with a $9.4 million bow. It is the biggest Walt Disney Animation opening of all time in the market, and only 13% below the opening weekend of Monsters University.

Frozen is now the #15 highest grossing film of all time at the global box office, surpassing The Hobbit: An Unexpected Journey ($1.017B) and Tim Burton's Alice in Wonderland ($1.025B) with a $1.026 billion global cume. Frozen is the fourth highest grossing animated release of all time overseas with a $630.2 million total.

The Monuments Men earned $8.2 million from 3,234 screens in 49 overseas markets. The film took a positive $3.2 million opening from France, finishing in third place in the market. Australia posted a #1 debut with $2.3 million. The new openings helped boost George Clooney's film to a $54.2 million overseas total and a $128 million global cume.

The Grand Budapest Hotel continues to post strong per-screen average numbers around the world. Wes Anderson's latest film impressed in limited release in North America, following up its domestic success with strong holds in the United Kingdom ($2.2M Weekend, down 15% / $6.8M Cume), Germany ($1.1M, ip 11% / $$2.6M Cume), and France ($1.1M, down 30% / $6.6M Cume). The film opened in fourth place in Russia with an impressive $1.1 million take from only 554 screens. The Grand Budapest Hotel is now up to $20 million overseas and $24.8 million worldwide.

RoboCop collected $5.5 million from 6,068 screens to take its overseas total to $177.2 million. The sci-fi remake enjoyed a $1.4 million opening on 310 screens in Japan, 57% ahead of Captain America: The First Avenger. In China, where RoboCop is playing in 3D, the film added $2.3 million in its third frame to reach a $48.8 million market total. RoboCop has been playing well in director Jose Padilha's home nation in Brazil, where it has currently grossed $12.4 million. RoboCop has grossed a total of $233.7 million worldwide.

The Hobbit: The Desolation of Smaug might fall short of the $1 billion mark but will have few complaints after adding another $2.3 million to its overseas tally this weekend, bringing its total outside of North America to $686.4 million. The Hobbit sequel has now grossed $944 million worldwide.

Ride Along took $920k at 500 dates in 7 territories, raising its overseas total to $11.4 million. The lion's share of the weekend grosses came from the United Kingdom, where the film finished its third week in sixth place with a $770k tally at 333 dates for a 17-day total of $5.7 million. The Netherlands opened in eighth place with $80k at 34 dates for an 11-day total of $325k. Ride Along has grossed $143.5 million globally and will expand to Australia and Hungary on March 20.

Endless Love grossed $260k at 700 dates in 14 territories to reach an overseas total of $8.1 million. The film took a $125k holiday opening at 195 dates in South Korea. Endless Love will expand to 12 more territories in the coming weeks, including the Netherlands on March 20. The film has grossed $31.5 million worldwide.