CinemaCon 2014: Pixar's 'Inside Out' Steals the Show at Disney's Presentation 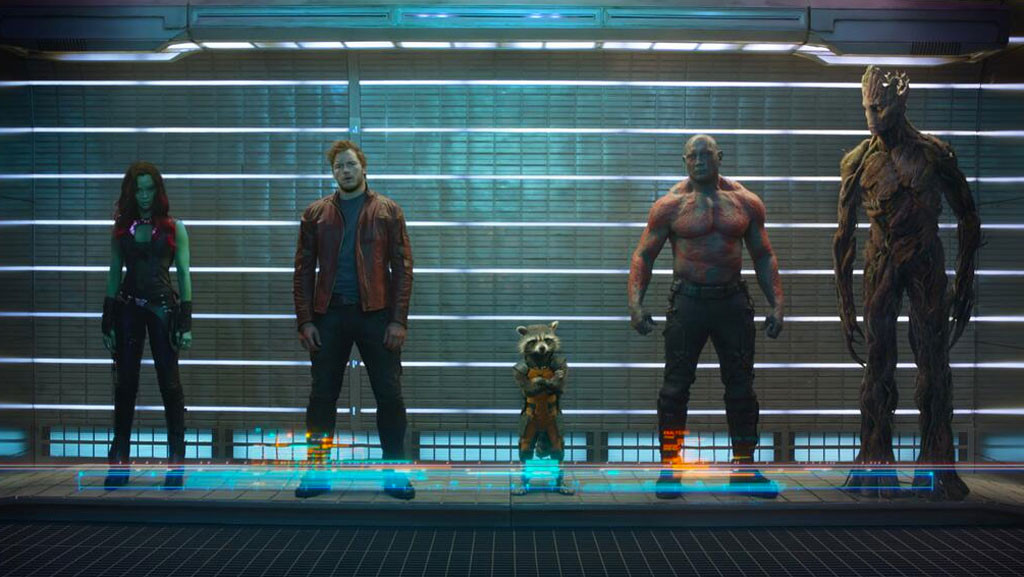 Disney took the stage at CinemaCon on Wednesday morning to present its 2014 slate. The studio is looking forward to another big year. BoxOffice takes a look at the highlights of Disney's CinemaCon presentation.

- Pixar's Inside Out scores big laughs from the CinemaCon crowd, igniting the buzz for this 2015 release.

- The Mouse House is applying strong focus on live action fairy-tales. Maleficent promises to be an interesting family title and 2015's Cinderella can be a big hit with younger viewers.

Captain America's previous stand-alone outing scored a $367.6 million global gross. The studio is excited to see what role The Avengers effect has on the sequel, which will be directly leading up to the upcoming Avengers: Age of Ultron film. CinemaCon footage featured the Captain and Scarlett Johansson's Black Widow completing a mission.

Disney is reporting high scores coming from testing for this film headlined by Jon Hamm. The actor introduced an advance screening of the film to the CinemaCon crowd. The film is about a baseball scout seeking an ace pitcher from a selection of cricket players, suggests potential for a cross-cultural cross-over hit.

A simple glance at the film's marketing materials featuring Angelina Jolie makes it seem like the sultry actress was born to play this role. Footage screened at CinemaCon suggests this film packs a powerful cross-quadrant punch. Battle scenes were reminiscent of the swooping intensity audiences have come to love from Peter Jackson's Lord of the Rings franchise.

The first Planes movie might not have racked up the critical accolades that Disney was expecting, but audiences around the world responded with a $219.7 million global total. Disney will hope that this sequel can take off in North America, where the original Planes fell short of the $100 million mark.

Guardians of the Galaxy

Chris Pratt isn't the first name you think about when thinking of actors to play a Marvel superhero in a summer tent-pole. Then again, Guardians of the Galaxy isn't exactly the type of project when you think of a Marvel superhero tent-pole. The latest Marvel Studios production looks to be lighter in tone judging from CinemaCon footage, without sacrificing any of the action audiences expect from the Marvel universe.

Alexander and the Terrible, Horrible, No Good, Very Bad Day

An all-star cast leads this big screen adaptation of the stage musical. Anna Kendrick proved her a cappella chops in Pitch Perfect and it will be interesting to see her take on Sondheim on the silver screen. Johnny Depp co-stars after his lead performance in Tim Burton's Sweeney Todd garnered mixed reviews. Disney is pitching this release as "The Avengers of fairy-tales."

Cinderella brings the classic story to life in this 2015 release starring Lily Allen in the title role, Cate Blanchett as the evil stepmother, and Helena Bonham Carter as the quirky fairy godmother.

Pixar's Inside Out scored the best response at Disney's presentation. The animated film takes place in the mind of an 11 year old girl struggling with her family's move to a new city. That's right, it takes place inside her mind. The film's main characters will be the girl's feelings: Fear, Sadness, Digust, Joy, and Anger, all voiced by different actors. The footage went over as innovative and refreshing for the CinemaCon audience. The buzz for this 2015 release has officially begun.