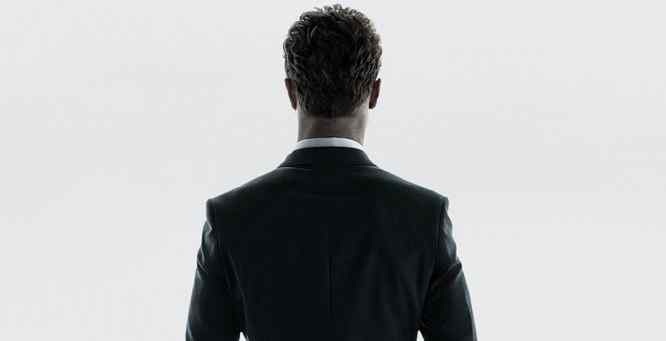 Universal kicked off Tuesday's round of studio presentations at this year's edition of CinemaCon, held at Caesars Palace in Las Vegas.

- Angelina Jolie shares extended footage from her latest project as director, Unbroken. Universal is clearly going for the Awards crowd with a Christmas Day release for the drama.

- Universal previewed its 2015 slate, featuring sneak-peeks at the return of three established franchises: Jurassic World, Fast and Furious 7, and Minions. Sequels for Ted and Pitch Perfect also point to a big 2015 for the studio.

- Three raunchy comedies promise to deliver laughs in 2014. Will audiences respond to the humor in Neighbors, A Million Ways to Die in the West, and Dumb and Dumber To?

The next big release for Universal is this R-rated comedy pitting new suburban parents Seth Rogen and Rose Byrne against their new frat boy neighbors led by Zac Effron and Dave Franco. Universal is confident the film will be able to deliver strong laughs, offering a preview screening of the entire film for CinemaCon audiences on Tuesday evening.

In true Vegas fashion, Universal is doubling-down on the potential of adult-themed comedies. The studio already scored a surprise hit with Seth MacFarlane's Ted ($218.6M North America / $549.4M Global) and will hope the Family Guy creator's new comedy can provide a similar result. Footage from the film promises the raunchy laughs that made McFarlane's previous film a hit.

After the original's surprise success in 2013, Universal fast-tracked this sequel with its sights set on establishing a profitable franchise.

The long awaited biopic of James Brown, "The Godfather of Soul," finally hits the screen this summer. At the very least, audiences can expect to love the music going into Get On Up.

The latest film from Luc Besson brings us Scarlett Johansson in a sci-fi/super-hero hybrid. In other words, this is exactly the type of film that Besson knows how to pull off. Don't look for a PG-13 rating with this one; strong action sequences make it clear that Scarlett Johansson will be playing a darker, much more violent super-hero than her turn as Black Widow in Disney's Marvel films.

Jim Carrey and Jeff Bridges revive their unforgettable roles from the 1994 cult-classic. But can a comedy sequel coming two decades after the original thrive in a very different market place? Older audiences will be sure to find the Carrey-Bridges reunion appealing, but the real challenge for the comedy will be in finding a way to reach the younger viewers unfamiliar with the original. The exclusive CinemaCon footage made it very clear that the Farrely brothers will have a full-fledged return to their gross-out comedy roots with this long-awaited sequel.

Angelina Jolie personally introduced her upcoming project from the director's chair, a biopic of Olympian Louis Zamperini scripted by the Coen brothers. The film is slated for a Christmas Day release, in prime position to contend for the Academy Awards. Universal showed strong faith in this film during the presentation.

2015 AND BEYOND: We can't blame Universal for already looking ahead to next year. The return of three established franchises (Jurassic World, Fast and Furious 7, Minions) will align with hotly-anticipated sequels (Ted 2, Pitch Perfect 2) in what promises to be a juggernaut year for the studio.

A brief Minions previews provided laughs that will appeal to children and adults alike. (July 10, 2015)

Tags: north-america, Fifty Shades of Grey, Dumb and Dumber To, Neighbors, A Million Ways to Die in the West