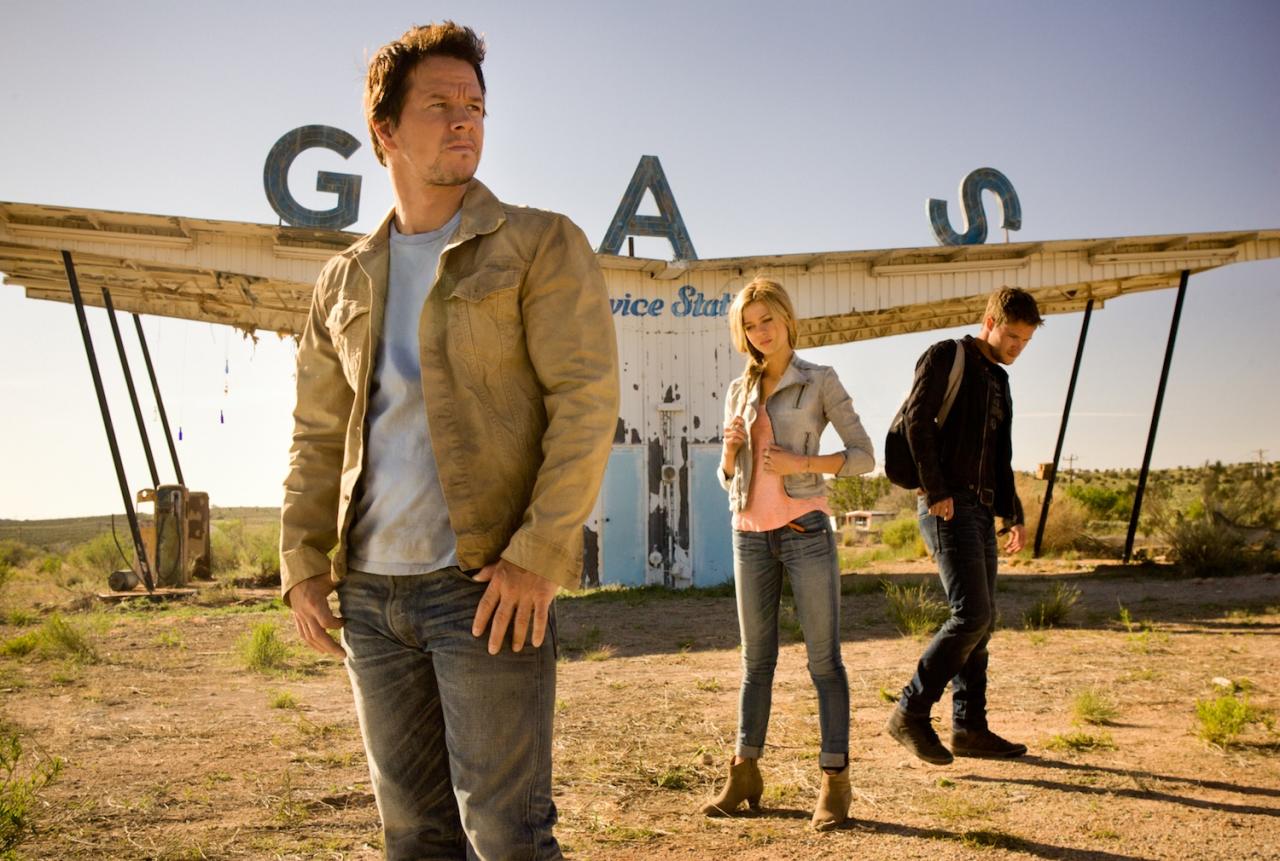 Paramount kicked off studio presentations at the 2014 edition of CinemaCon, celebrated at Caesars Palace in Las Vegas. BoxOffice takes a look at highlights from the studio's presentation:

- Mark Wahlberg presents extended footage from the new Transformers film, emphasizing the latest installment as being strong enough to be a stand-alone entry in the franchise. The footage plays up the family angle from the new cast.

Noah is already in release in South Korea and Mexico, where it is currently posting solid box office numbers. The film will open this week in North America and Paramount will be hoping that well-reported production problems stemming from several poorly-received test versions of the film will not hamper general audience interest.

The latest entry in Michael Bay's Transformers saga hits theaters in June. The previous entry in the series grossed over a billion dollars worldwide. Mark Wahlberg was on hand at CinemaCon to promote the film, highlighting the new cast and stand-alone take of the film in the franchise. Extended footage was screened for the CinemaCon audience that played up the family-oriented plotline featuring the new cast. As expected, the special effects took center stage during the presentation. In the words of Wahlberg, "The only place a Michael Bay movie should be seen is in a movie theater."

Hercules returns to the big screen after, well, to be honest, January. The Legend of Hercules stumbled at the North American box office with an $18.8 million cume, but Paramount's stab at the hero is a different take altogether. Dwayne "The Rock" Johnson stars in the title role and will hope to bring his global followers into theaters in this reboot directed by Brett Ratner. An action-packed trailer made its global premiere for the CinemaCon audience, featuring "The Rock" fighting an assortment of monsters, beasts, and what looked like left-over extras from Game of Thrones and the 300 sequel.

80s nostalgia has come a long way. The Turtles are back in this reboot, bringing along their cross-promotional power from television and the toy aisle. Will Arnett and David Cross wheeled themselves out on Segways in what initially seemed like a plug for a new season of Arrested Development. The two actors introduced a new trailer for the film, which was big on action and light on the tongue-in-mouth playfulness from previous iterations.

The return of Christopher Nolan to the big screen. This sic-fi flick stars three of the hottest actors working today: Matthew McConaughey, Anne Hathaway, and Jessica Chastain. No new footage to speak of from Paramount's presentation, with the studio opting to screen a trailer composed of found-fooage narrated by Mattew McConaughey.

2015 AND BEYOND: Paramount was keen on promoting upcoming release Project Almanac as a hybrid between Paranormal Activity and Chronicle. The studio will be targeting younger audiences for the film's January 2015 release.