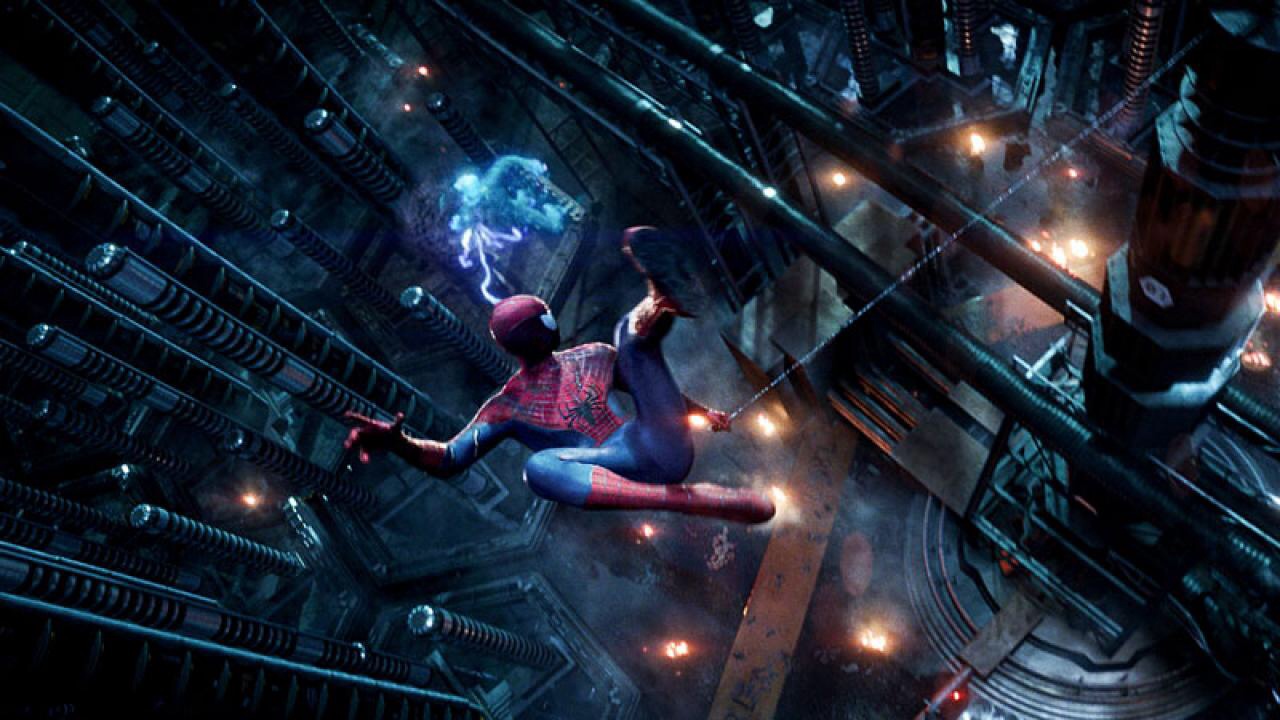 Sony presented its 2014 slate during their studio presentation for CinemaCon, held at the Caesars Palace in Las Vegas. BoxOffice takes a look at the highlights from the evening.

- Sony screens 30-minutes of Spider-Man 2 footage to eager CinemaCon crowd. Slapstick moments recall Richard Lester's take on Superman; Emma Stone and Andrew Garfield's chemistry continues to light up the screen; visual effects and a fantastic use of 3D should be key drivers for the film.

- The Interview brings Seth Rogen and James Franco back together. Sony will hope the duo can recreate the success of last summer's This is the End.

Sony's big summer release looks great on the big screen. The studio screened 30 minutes of the Amazing Spider-Man sequel, giving CinemaCon attendees an extended preview of one of the year's most anticipated films. The use of 3D and visual effects are a principal selling point for the film, another example of a summer release that will be best enjoyed at a movie theater near you. Andrew Garfield and Emma Stone continue to light up the screen with their chemistry, leading one to wonder if Sony should eventually chip-in for a romantic comedy vehicle for the two actors. The 30-minute sneak peek included several slapstick moments written in action sequences, providing a light tone for the villain-packed sequel.

If Spider-Man was the main course for Sony's evening, 22 Jump Street was certainly the studio's appetizer. Footage for the comedy sequel starring Channing Tatum and Jonah Hill received a warm reception with strong laughs from the CineCon audience.

Another Sony summer comedy sequel. The cast of Think Like a Man reunite in Vegas for more adventures. Kevin Hart was responsible for most of the memorable moments in the footage screened to the CinemaCon audience.

Deliver Us From Evil

If the Sony presentation is any indication, Screen Gems will deliver scares this summer with Deliver Us from Evil. One could hear a pin drop during the advance footage shown at the presentation, a silence only broken by audible gasps and applause for the upcoming summer thriller.

Jason Segel and Cameron Diaz star in this comedy about a married couple's frantic search for their missing sex tape.

When the Game Stands Tall

Jim Caviezel tackles a (slightly) less mythical figure in this based-on-a-true-story dramatization about a high school football coach that leads his team into a record-setting winning streak. The coach must find a way to regroup his players and the entire community around the team after his squad sees its 151 game winning streak snapped. The film's late summer release coincides with the return of high school and college football nation-wide.

The advance footage screened at Sony's presentation makes it very clear that this film will earn an R-rating from the MPAA. Denzel Washington kicks ass without any time to take names in a film that brings to mind the guilty thrills of a vintage Charles Bronson flick.

James Franco and Seth Rogen are back together, once again trying to find the same box office gold that made Pineapple Express and This is the End big hits in North America. The film's initial premise might be familiar to fans of Vice, as Rogen and Franco play journalists assigned by the CIA to kill North Korea's Kim-Jong Un during an exclusive interview. The CinemaCon reception to the preview footage shown at Sony's presentation hints at another comedy hit for Rogen and Franco.

The footage from this gritty World War II movie starring Brad Pitt showed some serious potential for a November hit. Some viewers might feel alienated from the film's starkly dark tone, but the brooding tone is precisely the appeal at the heart of Fury. Think Inglorious Basterds without any trace of Tarantino camp and an added dose morally ambiguous war time horror.

The popular musical is back on the big screen. Beast of the Southern Wild's Quvenzhane Wallis stars in the title role alongside Jamie Foxx in this remake of the popular orphan musical. The CinemaCon crowd was treated to the film's rendition of "A Hard Knock Life," but was left wanting to hear the musical iconic number.

2015 AND BEYOND: No advance footage or art work from Sony for their 2015 slate, but the studio did make a point to bring up exciting projects on the horizon. Family audiences can look forward to Hotel Transylvania 2 and another Smurfs sequel. James Bond will return, eventually, as has been the case for over fifty years. The difference? Bond is coming back riding a $1 billion global hit, the highest grossing film in the storied franchise. Adam Sandler will be headlining Pixels, a riff on 80s arcade game nostalgia. And of course, Spidey will be back, or his foes will at least, as Sony prepares to launch spin-offs featuring web-slinger's villains.