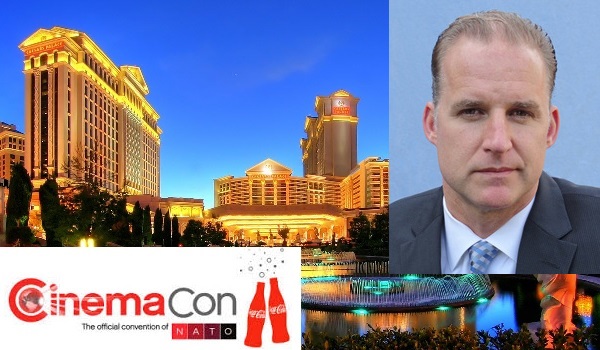 Craig Dehmel had a hard time finding the right position after graduating from a small liberal arts college with a history degree. His grammar skills landed him at an advertising firm based in Burbank, California, where he picked up experience as a theater coordinator between studios and exhibitors.

An MBA from UCLA launched him into a marketing career at Fox, where his analytic and strategic skills eventually led to a position in the sales department. He would go on to work on the international releases of some of the studio’s biggest hits of all time, including Avatar, two Ice Age sequels, and Life of Pi.

BoxOffice spoke with Dehmel to discover more about his role at Fox and the company’s upcoming slate of films.

Could you tell us about your current role?

I work at the sales and strategic planning department. The sales side is really the sales reporting side. I have a small group of people working with me in L.A., and we keep our systems and box office estimates up to date.

On the planning side, we do the dating for all our films. We come up with estimates of what we think our films are going to do. We do a lot of competitive analysis and analysis on the seasonality of releasing films. We’re constantly looking at what genres are working where; which regions work better for certain things; and where the growth is in the business. It’s a lot of analysis: looking at the industry landscape and seeing how it’s working and changing.

There’s a third part, smaller but very important—the sales operations side: managing the digital deployments around the world and making sure that the transition to digital is happening quickly because we’re running out of 35 mm stock. Thirty-five millimeter becomes more and more expensive as there is less of a need for it, and that is an issue for us in places that have been slower to transition to digital, those markets usually coincide with less commercial screens for us. If our 35mm print costs are higher but we’re only shipping 35mm prints to lower-grossing theaters, we really have a problem. It behooves us that markets transition to digital as quickly and easily as possible so we don’t have to do an inventory of our prints. Before it was just sending canisters with films in them, more recently it has been sending hard drives with digital cinema packages, and now we’re starting to get into satellite transmission.

Which regions show the most promise in the coming years?

We do very well in Latin America. They are consistently strong performers for us. The biggest problem we have there is that the currencies tend to be unstable, so while we can come out with a great result in the local currency, the grosses can come out taking a beating against the dollar.

Southeast Asia is a strong place for us. Places like Malaysia and Indonesia are strong up-and-coming markets with big populations and there’s real promise for growth.

Russia went through a growth in the last decade and it’s still growing but not nearly at the same rate as it was. China is obviously the biggest growth market, but you can’t get all your films in, so it’s very hard to plan when you don’t know which films are going to play. We still look at China as a bonus. The Middle East is a strong growth area, Eastern Europe as well.

Even in some of the mature markets you have potential for growth. Australia is a place that continues to do well; it’s a strong market with high-frequency moviegoing, so that’s a great part for us as well.

Don’t get me wrong, we’re not down on Western Europe, but like the U.S., it’s very mature. The growth there isn’t significant from year to year.

Fox is taking a big risk in releasing 'How to Train Your Dragon 2' in Brazil during the World Cup. Can you shed some light on that decision?

It’s a huge risk, but the fact is that we have enough years of seeing how films play during European Cups and World Cups to make a judgment call. The decision came down to this: do we push back How to Train Your Dragon 2 to July and go up against, at the time, the latest Fast & Furious and the new Transformers, Guardians of the Galaxy, or our own Planet of the Apes?

There are a lot of big movies this summer and waiting until after the World Cup is over has an air of risk as well. You might not be fighting the World Cup anymore, but you’re going up against three or four other films.

The other issue is that holidays are over come the end of the Cup. In South America you have short winter holidays that end in the middle of July, when the World Cup is over. In Brazil they aligned the holidays with the World Cup so people would have time to enjoy the tournament.

What we’ve seen is that when there aren’t games happening, people go to the movies. We expect there will be days when no one will go to the movies during the Cup. On days there are no games, or games that aren’t important to people in the region, people will be going to the movies.

And there are still people that aren’t really watching the games as fervently. There are going to be parents who feel guilty about keeping the kids at home while they watch all these games. We feel we will have big box office on non-game days and take losses on game days. Going in that window will allow us to make decent box office and we will still be playing when the World Cup is over.

The other factor is that How to Train Your Dragon is a very beloved film; it’s not like we’re trying to launch a new film or franchise; it’s a film people know about. That awareness gives us an opportunity. People are going to need to have something else to do a couple of weeks into the World Cup, and I think we’re going to be that alternative.

Could you tell us about your experience overseeing the international release of 'Avatar'?

One of the highlights of my career was reporting the international numbers on Avatar. It’s probably one of the most satisfying experiences that I’ll ever have in the business.

We were in production for Avatar for four, five years. We knew in 2003 that they were going to make it, and we didn’t release it until late 2009, so it took us six years to get it out after I had first heard about it.

Obviously there were a lot of expectations for it. I imagine it was similar to what the team that worked on Titanic went through: a high-pressure atmosphere where you have this very high negative cost and you’re not so sure how it’s going to do. The tracking wasn’t necessarily where we wanted it to be—people weren’t so sure about seeing these blue people on film—so it was a bit scary leading up to it. We really believed in the film, the organization got behind it, and the opening weekend did around $150 million internationally, a big number but certainly not the biggest—a lot of films have done that or more.

It turned out to be the movie that people who only go to the movies once every ten years go to see. It was exciting to see how that film captured the imagination of the whole world. I had the fortunate job of getting to report the numbers of that film every Sunday, and it felt gratifying for me to know that there were filmmakers and executives out there that couldn’t wait to get an e-mail from me. It felt great being able to deliver the good news since I have to deliver my share of bad news as well.

The 'Ice Age' movies were a huge international hit from Fox. What films on your current slate can do big business internationally?

From a family-film perspective, the first Rio movie was much bigger than our first Ice Age movie. We’ve got the second Rio coming up now, done by Carlos Saldanha, who also directed some of the Ice Age films for us.

What was interesting about the first Rio is that we released it in the middle of a heat wave in Europe during the spring, so we got hurt a little bit by that relative to how it did in Latin America and other markets. I think this is one of those franchises that will grow exponentially in the same way Ice Age did.

We’re also looking forward to Peanuts, which we think has the potential of becoming a big global earner for us.

On the live-action side we have X-Men: Days of Future Past this year and our new Planet of the Apes franchise.

That first Apes film took people by surprise after a disastrous attempt to reboot it earlier. While Rise of the Planet of the Apes wasn’t the biggest film of that summer, it grossed over $300 million internationally and was incredibly well liked. I think the new one coming out can be one of the most talked-about films of the summer. We also have Exodus, Ridley Scott’s version of the Moses story, coming out around Christmas.