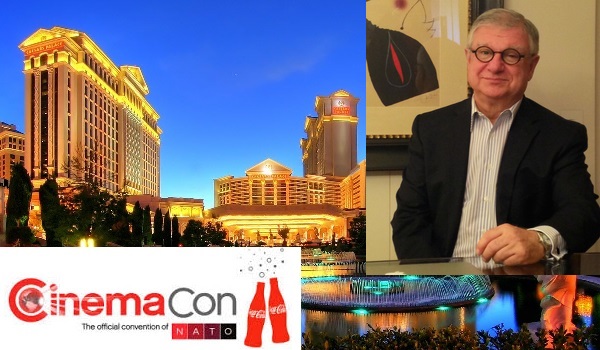 Jose Batlle is the former COO of UCI/Cinesa in continental Europe. He was responsible for seeing management and direction in five key European territories: Spain, Portugal, Italy, Germany, and Austria. A 28-year veteran of the exhibition industry, Batlle retired from his post earlier this year.

BoxOffice recently spoke with Batlle in a wide-ranging conversation about his career and the state of the global exhibition market.

How did you come to work in this industry?

Michael Forman was in charge of Pacific Theatres in 1986 and was also overseeing Cinesa in Spain. Cinesa had finished 1985 with heavy losses and Michael decided to change the management. I was selected by Spencer Stuart Management Consultants to restructure and reorganize Cinesa and see if we could generate profits.

Those profits happened at the end of 1986, and in 1989 we opened the first multiplex. From 1989 to 1991 we opened additional multiplexes in Spain, and I approached Michael with an aggressive expansion plan to build even more multiplexes across Spain. He thought it was a great idea but wanted to go in with a partner because he wasn’t keen on investing so much money in Spain at that time. That’s when we came into contact with Paramount and Universal; they operated UCI and were building multiplexes in England and Ireland and had begun an expansion into Germany. They had also just started to look into Spain, and that’s how we came up with our joint venture—Cinesa UCI—for the Spanish market.

In 1992, Michael Forman decided to sell his 50 percent of the company to UCI. This meant that Cinesa went from being a family-owned company to a multinational corporation.

In 1995, the executives at Paramount and Universal asked me to open multiplexes in Brazil. So while we were undergoing an aggressive expansion in Spain, we were simultaneously expanding aggressively in Brazil as well. I spent seven years of my life traveling between Spain and Brazil, where I opened 111 screens.

I was asked to take over Italy in 1998, where we didn’t have a single multiplex at the time. We opened our first multiplex there the following year and today we have 450 screens in Italy.

In 2003 they asked me to take over Germany and Austria, which were coming off big losses. But in 2004, Paramount and Universal sold UCI to Terra Firma, without including Brazil in the deal. This took me from working at a multinational into working for a private equity firm. By that time, I was already senior vice president of continental Europe, and Terra Firma made me COO of the same region.

We started growing rapidly because of acquisitions. From 2004 until I retired this year, we acquired 10 companies in Italy, Germany, Portugal, and Spain. We now have more than 1,200 screens across continental Europe and we are the largest exhibitor in the whole of Europe.

What is the biggest change you’ve noticed since you began your career in the industry?

There have been several changes. When I first started in the industry, cinema was in a downswing. The arrival of multiplexes changed that, and the sector began to grow rapidly.

Secondly, there were too many small exhibitors all across Europe. The market is more uniform now. For example, the UK has three important players, Spain has two or three, Italy has two, and Germany has three. This wasn’t the case before; there used to be a lot more regional players in every country.

I have also seen a dip in admissions, and it has been a big shift for our markets. The way we watch movies has changed so much. Consumers can easily access a movie anywhere they want, even through piracy.

I can’t forget to include the influence of digitalization. The analog era is over in our business, everything is digital today.

There have been extraordinary changes in the industry throughout my 28 years working in exhibition.

What is your perspective on the European market today?

Spain is a very different case. We entered a very serious financial crisis as soon as there was a surge in multiplexes, and attendance dwindled soon thereafter; in 2004 attendance was around 145 million and today it’s down to 78 million. The market shrank in half from 2003 to 2014.

What are the drivers of sustained growth in a market?

Disposable income and purchasing power are very important, as is the cultural environment: a university presence, the number of people living in urban versus rural areas. The quality of an exhibitor’s installations is also an influence.

The key factor, however, rests with national film production. Italy has a very healthy production industry; about 30 to 35 percent of the country’s annual attendance comes from national films. Germany has good years and not-so-good years, but maintains a consistently good level of quality in its productions. Unfortunately, that is not the case in Spain. Spanish cinema has not been able to attract enough of its own audience.

The current economic crisis is also playing a big role. We used to say that the exhibition business was immune to a country’s economic problems. That is no longer the case. People today have more alternatives and the quality of in-home entertainment has grown tremendously. Exhibition will have to completely reinvent itself in order to convince people to leave their homes and watch the same film at the cinema.

Which markets show the most potential for growth?

You have to enter the market when commodities are low and sell when they are high. Spain is at a very low point right now, so I consider it to be a market that can grow again in the future. I think Germany and Italy still have strong potential for growth, too.

I’d approach England with caution. There are a lot of multiplexes being built and they have to be careful not to make the same mistake as Spain, where there were too many screens built in relation to the country’s population.

Brazil has grown a great deal. The country has doubled is attendance figures since I arrived there in 1995, and I believe it can continue growing. Every day in Brazil you have more people joining the middle class.

China is an impressive market. I think that it will grow in a tremendous way. The issue there has to do with the business climate, where entering the market can be complicated. There’s also great potential for growth in Russia.

What is the situation in Spain?

In Spain you have a combination of several factors. Firstly, Spain should never have tried to reach 145 million spectators. I think the normal figure for Spain is around 100 million.

Why was that estimate so high? Because there was a big real estate boom and a large number of shopping centers were built, and every shopping center had to have its own multiplex.

We have had as many as 4,600 screens in Spain. That is just stupid. The capacity according to the number of people living in Spain should not be more than 2,500 screens. Right now we have 3,800, so I believe there should be even more closures until we get to 2,500, maybe 3,000 tops, but that’s pushing it.

The economic crisis is affecting attendance. People have less disposable income and they stay home instead. Pricing is therefore important.

Perhaps the most important factor, however, is piracy. Spain is the most piratical country in Europe and among the most piratical in the world. The culture around piracy in Spain is horrible; even schoolteachers educate with illegally downloaded material. The consumer doesn’t see piracy as a bad thing, and that’s fatal. There need to be firm laws in place that work against piracy. We also have to educate people to understand that downloading content without paying for it is the same as stealing from Macy’s—it’s exactly the same thing: you’re stealing.

What is the importance of CinemaCon for international companies?

I think that CinemaCon is an important event for any exhibitor that cares about its business and the trends in the marketplace. It’s great for networking with people from other countries, learning more about best practices, and seeing the films that will be released in the coming months. It’s an event that exhibitors can’t afford to miss. CinemaCon isn’t only for the North American market anymore; it’s a global event.