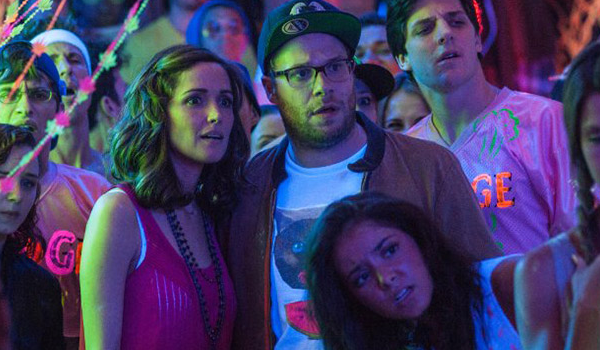 BoxOffice adds Neighbors to our Long Range Forecast. Universal's raunchy comedy faces the daunting task of opening in between The Amazing Spider-Man 2 and Godzilla. Will it be up to it?

- Reactions on Twitter/Facebook to the film's red-band trailer have been overwhelmingly positive.
- Early reviews out of SXSW show promise.
- Star Seth Rogen is on a roll following the healthy performance of This Is The End last year.
- Zac Efron's performance should shock audiences who still see him as a teen heartthrob, and you can't put a price on that kind of buzz.
- Never underestimate how well R-rated comedies can perform during the summer season. For example, look no further than the impressive runs that We're the Millers ($150.4 million domestic) and This Is The End ($101.5 million) managed last summer.

- As stated above, opening in between The Amazing Spider-Man 2 and Godzilla won't be easy for a flick that's bound to skew male
- College-themed comedies are notorious for objectifying women. As a result, key female demos may stay way from this one.

Check out our prediction for Neighbors and other films in the table below.