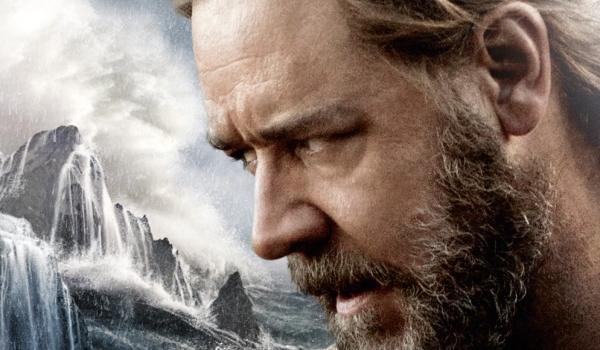 Thursday Morning Update: Noah really picked up steam on Wednesday as it jumped 150% to 22,211 tweets, up from 8,828 tweets on Tuesday. By comparison, Son Of God had 4,608 tweets its Wednesday before release. In fact, at no time ever did Son Of God rake in a bigger number, not even on its first day of release. It is true that this film has a broader appeal and as such will inherently attract more buzz but still with these types of numbers a sizeable opening is inevitable. Here at Box Office we are predicting $41 million for the boat-man in what will be a hugely profitable run.

Sabotage continued its descent into irrelevance on Wednesday as it fell a further 34% to 895 tweets, down from 1,348 tweets on Tuesday. By comparison, Escape Plan had an eerily similar 2,025 tweets its Wednesday before release. Yup, its official, Arnold has another dud on his hands. Far removed from his glory days, whether it is because of his age (or aging fans), or his personal struggles, the fact remains the governator simply no longer has it in him to command an audience. Expect a $7 million opening weekend and swift disappearance from theaters.

In other news the new trailer for Jupiter Rising claimed 5,187 tweets, down a ways from the 12,498 that its teaser generated back in December. The Wachowskis' resume will forever be gold-plated with the Matrix trilogy but since then both Speed Racer and Cloud Atlas has underperformed and this is going to be a big test of their ongoing viability as film makers. I must say this 5k number is highly underwhelming considering that it stars Channing Tatum who is one of the hottest actors around and especially potent with young girls/women who are a key Twitter demographic. Still early but I'm not overly reassured by its early feedback.

Wednesday Morning Update: Noah levelled off on Tuesday, rising just 2% to 8,828 tweets, up from 8,624 tweets on Monday. By comparison, Son Of God had 4,434 tweets its Tuesday before release which again is a promising sign for the Darran Aronofsky-led film. I'm not too worried about the slow growth mid-week though I do expect a strong bump come Thursday given its expansion pattern over the last few weeks.

Sabotage stumbled quite noticeably on Tuesday, plummeting 43% to 1,348 tweets, down from 2,382 tweets on Monday. By comparison, Escape Plan had an eerily similar 1,343 tweets its Tuesday before release. Its Monday number really did surprise me and gave me hope that this might be a potential resurgence of 'Ahnold' but the fact that it dropped significantly always points to marketing/meme influences which will only inflate its final ratio rather than boost box office. Today's returns will be of interest but barring something spectacular I have a hard time seeing this hit double digits.

Hercules continued its climb yesterday as it hit 23,385 tweets, even more impressive than the already stellar 8,289 tweets it managed on Monday. This was about half that of X-Men: Days OF Future Past but miles and miles ahead of January's The Legend OF Hercules. It also got a load of buzz from people commenting on Dwayne Johnson's uncharacteristically long hair, but any news is good news and this is definitely shaping up to be more The Scorpion King than Conan.

The Edge Of Tomorrow debuted another trailer yesterday too which saw it rise to 5,953 tweets on the day. This was down from the 7,124 tweets that its first trailer nabbed back in December. Dips from teaser to first trailer are common, and this held up pretty well. Its overall numbers were much lower than say the aforementioned Hercules or X-Men: Days Of Future Past but this will appeal to a much older male demographic primarily which will give it a lower tweet to box office ratio. In short, it doesn't need to throw up big numbers to be successful. For instance, the first trailers for both Jack Reacher and Oblivion failed to crack 2,000 tweets.

Tuesday Morning Update: Noah began its week with 8,624 tweets on Monday, up 136% from Sunday's 3,652 tweets. By comparison, Son Of God had 3,084 tweets its Monday before release which really lines up Noah for an impressive opening. It had trouble generating buzz with its first trailer but as more information surfaced about the project and the marketing really took hold it has impressed with its totals. Its expansion this week will be very telling but regardless it has a golden shot at overtaking Divergent for top spot on the weekend.

Sabotage didn't fare nearly as well as it could only drum up 2,382 tweets on Monday. By comparison, Escape Plan had 1,084 tweets its Monday before release in October of last year. Though a ways below Noah this lines it up favorably against Escape Plan and other recent Arnold films and buoys hopes that it might actually see double digits on release.

In other news, the new X-Men: Days Of Future Past trailer was a big hit on Twitter, generating over 45,000 tweets on the day. Considering that the first teaser for the film had 44,136 tweets this is actually a very strong sign as most films see a drop in buzz from initial trailer to subsequent offerings. Big things should be in store here.

Hercules saw a bump as well with its first trailer coming in with 8,289 tweets on the day. No its not as impressive as X-Men but considering that The Legend Of Hercules had under 2,000 tweets for its first trailer with a similar search string this is definitely a strong sign for the film.