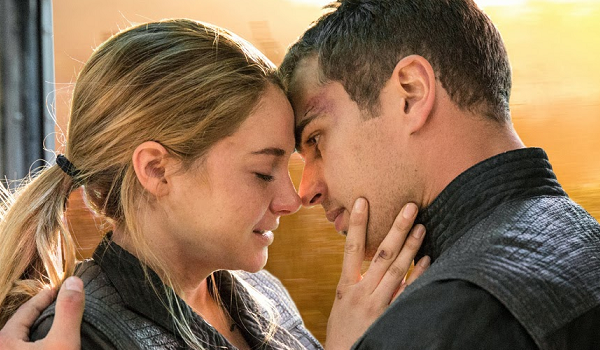 Lionsgate's Divergent easily remained in first place on Monday with $3.58 million. The highly anticipated young adult adaptation starring Shailene Woodley was down 70 percent from Sunday's performance. Divergent has grossed $58.19 million in its first four days of release and is set to surpass the $60 million mark today. The film continues to perform in line with its wide ranging expectations. Divergent is currently running 21.5 percent behind the $74.15 million four-day start of 2008's Twilight and 101 percent ahead of the $28.89 million four-day take of last year's Ender's Game. Divergent will have no problem remaining in first place throughout the rest of the midweek.

Muppets Most Wanted placed in a distant second with $1.16 million. The latest Muppets film from Disney fell 78 percent from Sunday, which is another sure sign of just how heavily the film is skewing towards family audiences. Muppets Most Wanted has grossed an underwhelming $18.16 million in four days. That places the film 49 percent behind the $35.33 million four-day start of 2011's The Muppets (which opened on a Wednesday). Muppets Most Wanted has clearly been hurt by arriving so soon after fellow family films The LEGO Movie and Mr. Peabody & Sherman.

God's Not Dead remained strong on Monday with a fourth place take of $0.856 million. The faith-based drama from Freestyle and Pure Flix was down 72 percent from Sunday and generated a healthy per-location average of $1,098 for the day. God's Not Dead cleared the $10 million mark yesterday and has grossed a stronger than anticipated $10.10 million in four days. The film is currently running 4.5 percent ahead of the $9.67 million four-day take of 2011's Courageous.

Warner's 300: Rise of an Empire followed closely behind in fifth with $0.831 million. The 3D action sequel fell 66 percent from Sunday and 52 percent from last Monday. 300: Rise of an Empire continues to be front-loaded, but the film has still grossed a very solid $94.42 million in 18 days. That leaves the film just $5.58 million away from reaching the $100 million domestic milestone.

Fox Searchlight's The Grand Budapest Hotel continued its impressive run in limited release with a seventh place take of $0.628 million. The Wes Anderson directed film was down 68 percent from Sunday and claimed a strong per-location average of $2,065 for the day. The Grand Budapest Hotel has grossed $13.63 million in 18 days of release and is set to expand into additional locations this Friday.