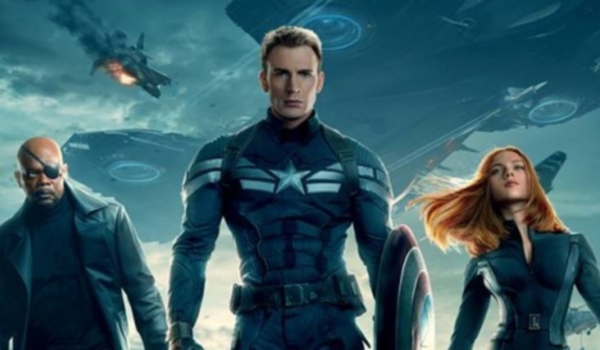 Thursday Morning Update: Captain America: The Winter Soldier increased a further 23% on Wednesday to 68,321 tweets, up from 55,561 tweets on Tuesday. By comparison, Thor: The Dark World had 46,137 tweets its Wednesday before release last year. This is going to be making a push for 100,000 tweets on Thursday with the influx of buzz from early showings which is unheard of for a comic book adaptation, yes even The Avengers didn't hit 100k tweets on its Thursday before release (~70k was 'all' it managed). That's not to say this is going to open north of $207 million like Avengers as the visibility and popularity in general of the franchise has increased so very much over the last two years, not to mention the across the board increase in Twitter use for movie-commentary/chatter. Still, given how it stacks up with Thor: Dark World we at Box Office believe it is well positioned to begin with $97 million, giving it the highest April opening of all time.

The Expendables 3 released 14 character posters yesterday which was enough to push it up to the top 10. Surprisingly (to me at least) Kellen Lutz's poster was the most talked about, with honorable mention going to Wesley Snipes. The franchise has grown its buzz substantially over the last couple films and based on 5k+ tweet days from character posters alone it doesn't appear to be slowing down.

Wednesday Morning Update: Captain America: The Winter Soldier saw a 25% bump in traffic on Tuesday with 55,561 tweets on the day, up from 44,404 tweets on Monday. By comparison, Thor: The Dark World had 46,795 tweets its Tuesday before release last November. This figure marks not only the biggest Tuesday in April since 2010 (the old record was held by Titanic 3D with 23,156 back in 2012), but the biggest day ever in April over that time, breaking its own record from Monday. This is a hard film to bet against at present as it has the tide of internet buzz behind it, not to mention the entire weight of the formidable Avengers franchise.

Sex Tape is a film which has given horrors to accurately track since, well since there are a lot of sex tapes floating around! Both fake and real which make tracking tough to say the least. Well after a lot of false positive and fine tuning, yesterday the film actually released its first trailer and we were there to snapshot its impact. It was actually released later in the day on Monday and had the film bump to 800+ tweets, while its impact was more fully felt on Tuesday with 5,393 tweets. Not a huge number when lined up to Captain America above, but when you consider that the first trailer for Bad Teacher had 1,704 tweets back in February of 2011 (it also was a red band trailer), and that the first trailer for the upcoming Neighbors had 3,686 in September of last year, it looks a whole lot better. Diaz and Segal have both separately struck pay dirt in the genre in recent years and this has all the makings of a late Summer success so far.