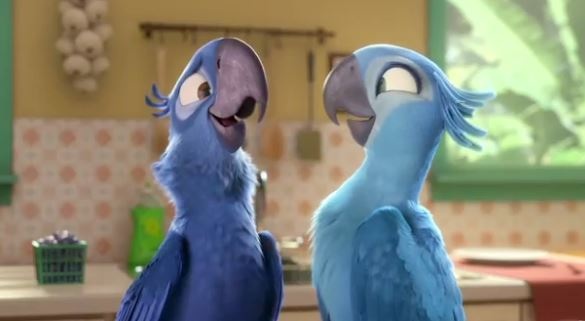 Rio 2 took a commanding lead in its opening weekend after registering the biggest opening frame of the year in Brazil. The animated sequel is set in Brazil and helmed by Brazilian filmmaker Carlos Saldanha. The $7.6 million debut for 552 screens was enough to launch the film a five-digit per-screen-average, the only film in the market to accomplish this feat over the weekend.

Domestic film S.O.S Mulheres Ao Mar came in second palce with a $1.8 million hold in its second weekend in release. The Brazilian film has grossed a 10 day total of $4.7 million.

300: Rise of an Empire continues its successful run in Brazul after finishing with a $1.2 million take in its latest frame. The 300 sequel has grossed $16.2 million in Brazil, the film's second biggest overseas market behind Russia.