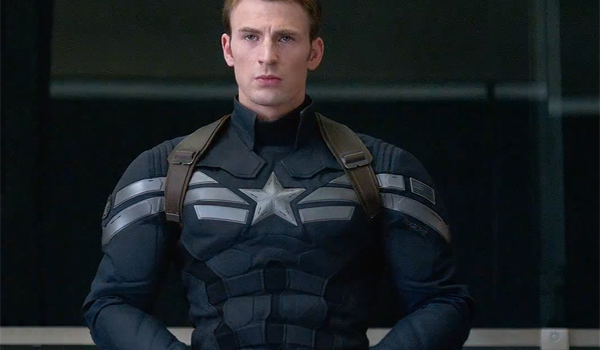 - Captain America: The Winter Soldier opens in North America with a record-setting $96.2 million, nearly matching a $107.1 million performance from 50 overseas territories to bring its global cume over the $300 million mark after only ten days in release.

- Noah continues to perform well overseas, notching $45.6 million outside of North America to bring its global total to $178 million.

- Rio 2 is already up to $55.5 million overseas ahead of its North American debut.

This weekend saw the biblical epic expand to 24 new territories, including the UK, Germany, Spain, and Brazil. The new openings were responsible for $31.5 million of the film’s weekend total.

The film enjoyed the fourth biggest opening weekend of all time for a non-sequel in Brazil with an $8.5 million bow from 528 locations. The result is over five times the opening gross of Inception and nearly five times that of Gravity.

Noah collected $6.2 million from 946 cinemas in its second weekend in Russia, a 63% slide from its opening weekend, taking its local cume to $26.6 million after 11 days in release. The film’s current global cume is $178 million.

Rio 2 collected a $22.2 million haul from 6,155 screens in 12 markets. The animated sequel opened in five new markets, including the UK and Germany, to bring its overseas total to $55.5 million ahead of its North American debut. Brazil was the leading market for Rio 2 with a $5.6 million haul, down only 28% from its opening weekend and finishing its second frame as the #2 film on the market. Rio 2 has a $15.3 million cume in Brazil. The UK opened to $4.6 million from 1,295 screens to finish in first place, an 86% improvement over the original. Germany took a $3.9 million first place bow from 1,026 screens. Spain had a solid $2.4 million opening to finish third in the market. Russia posted a $2.3 million hold in its third frame to take its cume up to $24.5 million

Mr. Peabody and Sherman took $11.2 million from 9,325 screens in 65 markets over the weekend. The film posted a resilient hold in China, where it only fell by 15% in its second weekend to gross $6.5 million and reach a $15.4 million market total. The animated film has grossed a total of $137.3 million overseas and $239.5 million globally.

Divergent grossed $11.1 million from 44 markets in its second weekend of overseas release, reaching a $22.4 million overseas cume. The film took a #2 debut in Italy with $1.5 million and finished fourth in its UK premiere with $3 million from 424 screens. The Young Adult adaptation opened in second place in Mexico with $2.5 million from 600 screens.Divergent will expand to France, Finland, Australia, Germany, Denmark, Russia, and Norway next weekend. The film will reach South Korea on April 17, Brazil on April 18, and Sweden and Spain on April 30. Divergent has grossed $136.6 million worldwide.

Frozen reached a $1.097 billion global cume this weekend after adding $8.2 million from 9 overseas territories in its 20th frame. It is now the 9th highest grossing film of all time. Frozen passed Ice Age 3 this weekend to become the second biggest animated release overseas with $698.4 million.

Frozen held on to the top spot in Japan for a fourth consecutive weekend to reach a $75.1 million cume in the market. The film is now the biggest Disney/Pixar animated release of all time across the Asia-Pacific/Russia region.

Need for Speed collected $4.7 million from its fourth weekend overseas. The film is nearing the end of its run in China with $65.5 million. China is the film’s top global market with nearly $25 million more from its North American cume. Other top performers for the racing film include Russia ($13.8M) and UK ($7.8M). Need for Speed has grossed $184.5 million worldwide. The film expands to France on April 16, South Korea on Aprul 17, and Japan on June 7.

The LEGO Movie opened in Australia with a successful $5.6 million bow from 537 screens (including previews), becoming the biggest opening weekend for an animated film in the Easter holiday corridor in the market. The LEGO Movie took a total of $7.3 million from all its 34 markets over the weekend, bringing its overseas cume up to $160 million. The film has grossed $410.9 million worldwide.

Ocho Apellidos Vascos occupied the top spot at the Spanish box office for the fourth consecutive weekend to become the highest grossing Spanish film of all time in its home country. The romantic comedy grossed $7.2 million in 475 dates over its fourth frame, taking 45% of the market’s market share. Ocho Apellidos Vascos has grossed a total of $35.2 million in its home market.

Muppets Most Wanted grossed $1.9 million from 10 territories in its third weekend of overseas release. The UK continues to be the top market for the film with $5.7 million. The Muppets sequel has grossed a total of $52.2 million worldwide. The film will expand to Australia and New Zealand on April 10, Spain on April 16, Germany on May 1, and Brazil on May 15.

The Monuments Men uncovered an additional $1.9 million from 9,325 screens in 65 markets to bring its overseas total to $137.4 million. The Monuments Men has grossed $153.1 million worldwide.

The Book Thief held on to $1.7 million from 1,052 screens in 14 markets. The film posted a strong hold in Italy, where it took $1.3 million in its second weekend to reach a $3.1 million total. The Book Thief has grossed $74.9 million worldwide.