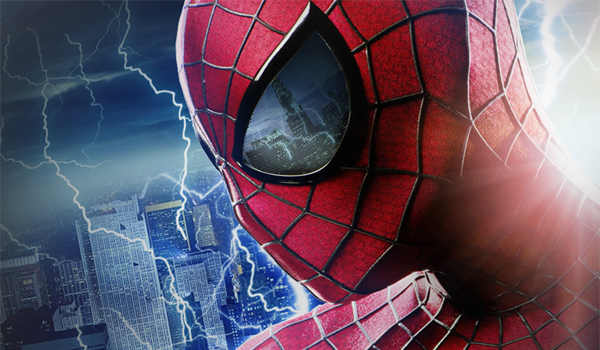 New tracking for Sony's The Amazing Spider-Man 2 hit the industry's doorstep this week, and early indicators suggest Sony has another global success coming down the pipeline. But, they have some work to do among the uninitiated before its May 2 domestic launch.

Interest levels for Peter Parker's latest chapter are polling 7 percent behind recent $95 million opener Captain America: The Winter Soldier at the same point before release. The good news is that Spidey's sequel isn't far behind where its predecessor stood a few weeks out from release two summers ago.

An intriguing fact about these numbers is that awareness isn't a problem. More than 94 percent of surveyed moviegoers acknowledged their familiarity with the upcoming tentpole--way ahead of Thor: The Dark World's 77 percent and even topping Iron Man 3's 90 percent. To no surprise, both awareness and interest are highest among men under the age of 25.

Online metrics for The Amazing Spider-Man 2 also produce mixed results. Twitter activity is healthy with nearly 60,000 tweets generated over the past week; however, that trails Winter Soldier by 35 percent at the same point before release. Facebook activity is strong, adding an average of 36,000 fans per day. The overall total of 8.7 million fans lags behind the 10.1 million of Winter Soldier three weeks before its opening, as well as the current 10.3 million of May 23's X-Men: Days of Future Past.

Meanwhile, the Flixster audience has given TASM2 an encouraging 99 percent "want to see" score from roughly 112,000 voters. Unfortunately, that still falls below the comparable showing of Winter Soldier and the forthcoming X-Men sequel. Two years ago, The Amazing Spider-Man registered more than 290,000 Flixster votes leading up to its release. It's unlikely the current installment will reach such an abnormally high figure.

Sony knows the Spider-Man franchise is at a crucial stage in its life cycle. That much is apparent by the onslaught of early promotional material they've injected into various media streams (like the USPS) dating back to the sequel's Super Bowl ad in February. Additionally, the massive success of Disney's and Marvel's Cinematic Universe has begun to cast a shadow over its genre competitors.

2012's reboot performed well, albeit modestly in relation to the original trilogy's phenomenal box office success between 2002 and 2007. The Amazing Spider-Man represented the lowest earner of the franchise with $262 million domestically, while overseas markets yielded a stronger $496 million. This summer's follow-up is expected to rival, and perhaps exceed, the latter international figure, but domestic enthusiasm for the ongoing series is more debatable. Ultimately, its biggest advantage continues to be Spider-Man's general popularity with young males.

As we touched on last month, fans are hyped for what appears to be a major expansion of Sony's Spider-Man universe (thanks to the inclusion of at least three key villains in the current sequel). Nevertheless, it remains to be seen whether or not casual viewers and general audiences--crowds that helped send the original Spider-Man films into the box office stratosphere--are along for the ride this time. Word of mouth for the previous origin retelling leaned positive, but not enough to lock a significant increase in business for the sequel. Ultimately, much will depend on Sony's final marketing phase over the next few weeks.

Check back for updates on The Amazing Spider-Man 2's box office outlook in the days and weeks ahead.