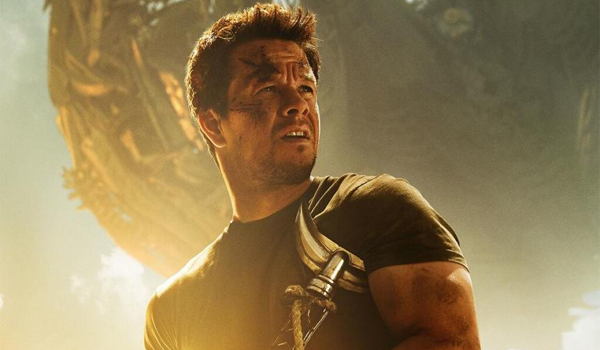 Following previous breakdowns on X-Men: Days of Future Past and The Amazing Spider-Man 2, the third installment of our ongoing '5 Reasons...' series detailing why Summer 2014 is up for grabs expands beyond domestic analysis and into the larger global picture for Transformers: Age of Extinction.

Although Michael Bay's fourth franchise effort is widely considered to be one of the favorites to take the Summer 2014 domestic crown, its truest potential lies outside North American borders. Below are five of the biggest factors (in no particular order) that will propel the newest Transformers sequel's worldwide box office engine.

It would be easy to join the bandwagon of criticism over Shia LaBeouf's recent shenanigans, but that's not what we're here to do. In fact, there's a very strong argument that he was quietly one of the reasons behind the success of the first three films. While many are quick to correctly point out that the Transformers themselves are the stars, there's something to be said for general audiences gravitating to what and who they're familiar with. After all, if LaBeouf was truly disliked by most audiences, they wouldn't have spent nearly $2.7 billion watching him as the star of three movies. With Shia's exit and a completely renovated cast, Age of Extinction automatically begins with a disadvantage.

However, Bay and Paramount have aimed to counter the loss by adding a genuine action star in Mark Wahlberg. He's fresh off the success of this year's Lone Survivor and other recent hits in Ted, The Fighter, and The Other Guys. Even 2 Guns and Contraband pulled respectable numbers for their genres. Wahlberg's every-man appeal has expanded quite a bit in recent years--a persona well-suited for the Transformers' popcorn universe. The fact that his main character won't be just another young kid is a clear attempt at reinventing the face of the franchise. Will it work this soon?

Wahlberg's aforementioned every-man status segues nicely into this particular reason. One of the strengths that Michael Bay and producer Steven Spielberg brought to 2007's original Transformers was a fond sense of Middle American values. The "boy and his car" story may have taken place in a big city, but the story's central focus around a teenager and his family's experience in the discovery of the Transformers gave audiences a window into the story.

In Age of Extinction, Wahlberg's lead character is a father whose work as a mechanic barely pays the family bills. The film's trailers play up shots of their home set against picturesque Midwestern farmland--arguably in an appeal to the country's blue-collar families again. The country's so-called "flyover territory" is often underestimated at the box office, but they've played a pivotal role in turning films like Man of Steel and Bay's own Transformers movies into the domestic blockbusters they became.

The embrace of Americana alone could help Extinction avoid the sharp "four-quel" drop-off experienced by Pirates of the Caribbean: On Stranger Tides (which lost over 35 percent of its predecessor's audience and grossed an underwhelming $241 million domestically).

Looking to the other side of the world, it's no secret that Paramount is betting big on China's potential box office receipts. 2011's Transformers: Dark of the Moon remains the second-highest grossing American release in the country (naturally, Avatar is number one). That third entry grossed an incredible $172 million from the Middle Kingdom alone (blowing away its predecessor's $66 million in 2009). Outside of Moon's $352 million domestic take, China represented the largest single-market share (about 15 percent) of its $1.12 billion global earnings.

Last year, the country hosted a reality show specifically searching for new talent to join the new sequel. Chinese actress Li Bingbing was also cast in a reportedly significant role. Now that Age of Extinction has made strong use of the country's locales with a significant chunk of filming having taken place there, it's safe to expect another big Chinese performance--one that could even rival the film's eventual domestic box office run.

Relative to recent years, there's a noticeable lack of movies geared toward younger audiences this summer. DreamWorks' How to Train Your Dragon 2 looks to be Extinction's only major source of competition for that crowd. Even then, Dragon 2 gets a two-week running start domestically--enough time for the two films to co-exist over the peak summer weekdays of June and July.

Disney's Planes: Fire and Rescue won't release domestically until Transformers' fourth weekend, so there's even less to be concerned about on that end. Dawn of the Planet of the Apes rolls out in mid-July, making it a potential wild card to cut into Transformers' older audience. Still, the biggest challenges ahead for Paramount will be hoping the World Cup (June 12-July 13) doesn't hinder overseas grosses too much, as well as mounting a strong domestic marketing campaign in an effort to curb the franchise fatigue that's been settling in since 2009's Revenge of the Fallen turned off some patrons.

Pay little attention to the Internet's criticisms (or even the criticisms of *critics*) that frequently come his way. Bay is a hugely popular filmmaker with the majority of moviegoers who care more about going to the movies for fun and escapism than they do for picking apart plot holes and skewed senses of humor. At the end of the day, Bay's distinct action style has become a universal trademark.

That's not to say that his involvement alone is going to keep the franchise at its box office peak (unlikely), but it does give most of his work a leg up on other action flicks. That can particularly be seen overseas, where movies like The Island (78 percent), Armageddon (64 percent), and The Rock (60 percent) were accounting for more than 60 percent of their global box office hauls long before international market expansion and premium format surcharges made that a common trend among worldwide releases.

For reference, Dark of the Moon earned 69 percent ($765 million) of its money outside North America--up from Revenge of the Fallen's 52 percent ($433 million) and the first film's 55 percent ($391 million) overseas shares. Since Moon added 3D to its arsenal, don't expect to see another major increase along those lines. That said, if Age of Extinction can retain 85-90 percent of Moon's global audience, it'll have an excellent shot at crossing the $1 billion threshold again. Even if it doesn't take the domestic crown, that will almost certainly be enough for winning the summer globally.

That wraps up our early '5 Reasons...' look at Transformers: Age of Extinction. Stay tuned to BoxOffice in the weeks ahead for the final installments of the series as we cover the last of Summer 2014's biggest box office contenders.

Tags: north-america, Transformers: Age Of Extinction, Transformers: Dark of the Moon, Transformers: Revenge of the Fallen, Transformers, Michael Bay, Mark Wahlberg, Shia LaBeouf, Paramount, DreamWorks, Hasbro, World Cup, How to Train Your Dragon 2, Dawn of the Planet of the Apes, Pirates of the Caribbean: On Stranger Tides, X-Men: Days of Future Past, The Amazing Spider-Man 2