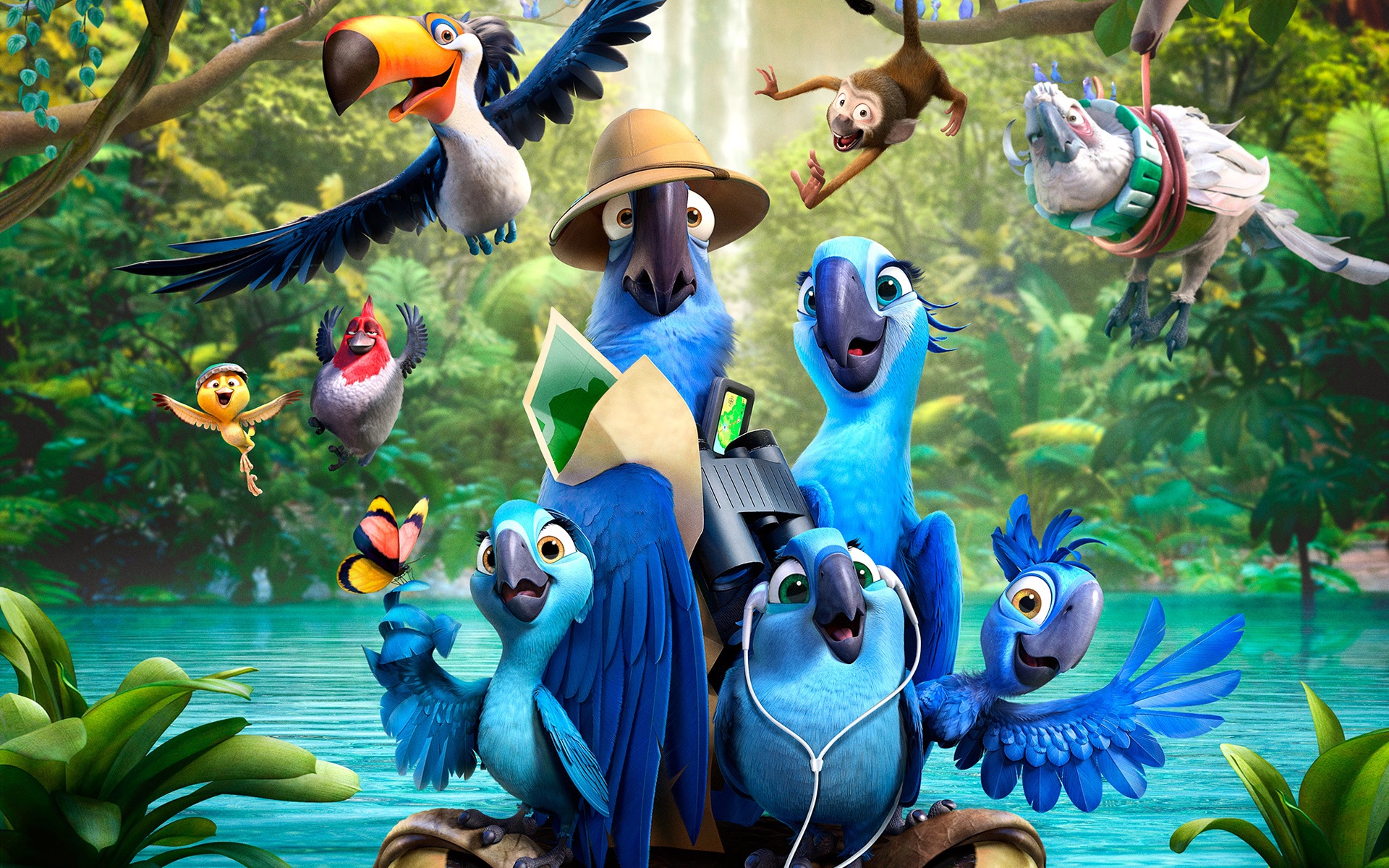 - Rio 2 leads the weekend as it expands to 54 new markets and lifts its overseas total up to $125.2 million. A $12.1 million debut in China points to big overseas numbers for the animated sequel.

- Captain America: The Winter Soldier scores a $6.9 million debut in Brazil and approaches the $500 million global mark with a $476.7 million worldwide cume.

- Noah tops the French box office after edging out Rio 2 for the top spot. The Biblical epic finishes the weekend just shy of the $250 million global mark.

Rio 2 collected $62.3 million from 19,394 screens in 62 markets, a result of its expansion to 54 new markets this weekend. The animated sequel has now grossed a total of $125.2 million overseas.

A $12.1 million opening from 5,850 screens in China marked a 150% improvement over the original film, proving the sequel's potential in what could have been a potentially difficult market. Mexico scored an $8.7 million debut from 2,390 screens, making it the third highest Fox animation opening of all time in the market. France took a $4.6 million opening from 1,257 screens, a 20% boost above the original's premiere. UK enjoyed a $2.9 million hold from 1,100 screens, a 20% slide from last weekend's opening tally, to reach an $11.5 million cume in the market . Brazil continued to excel with a $2.2 million hold from 914 screens in its third weekend to reach an $18.9 million total in director Carlos Saldanha's home country.

Rio 2 recorded the second highest industry opening of all time for an animated film in India, only trailing Ice Age 4. The animated sequel opened in 466 screens to earn a $932k tally in its Indian debut, becoming the top ranked MPA title of the weekend. The sequel's strong opening weekend ranks 112% higher than that of the original.

Captain America: The Winter Soldier expanded to Brazil, Trinidad & Tobago, Hungary, and Turkey this weekend to cap off the majority of its overseas release. The superhero film will be opening in Japan, its final territory, on April 19.

Cap will be looking to hit the $500 million global mark with next weekend's Japanese debut. The superhero sequel has grossed a total of $317.7 million overseas and $476.7 million worldwide after notching a second consecutive weekend with over $100 million in global box office revenue.

The film continues performing well on IMAX, adding another $7.3 million globally from the large screen format over the weekend. The IMAX worldwide cume for the superhero sequel now stands at $31 million, with $16.4 million of that figure coming from outside of North America.

The film took a $6.9 million first place finish in its Brazilian opening, giving it 45% of the market share and making it the fourth highest April opening of all time in the country. China took a 50% dip this weekend to bring its total up to a whopping $80.4 million, becoming the #3 Disney release of all time in the market. IMAX screenings have accounted for $3.7 million (307 screens) in China. South Korea is reporting a $25.1 million cume after its third straight weekend as the #1 fillm.

Noah earned $36.2 million from 7,565 locations in 53 markets over the weekend, bringing its overseas cume up to $162 million. The Biblical epic has grossed $246.7 million worldwide. The film opened in 8 new territories, including France, Italy, Belgium, Netherlands and Thailand.

Noah edged out Rio 2 for the top spot in France after grossing $3.9 million from 568 sites. The film took a $3.7 million bow from 400 locations in Italy to reach the top spot in the market.

Divergent opened with a limited release in India on Friday and placed #3 for the weekend, according to Universal. The weekend estimate for the Young Adult adaptation is $165k at 106 dates. The film expands to South Korea and Brazil next weekend with major territories like Spain, Sweden, China, and Japan remaining in the schedule. Divergent has grossed a total of $175.1 million globally.

The LEGO Movie scored a $9.5 million overseas weekend from over 3,100 screens to bring its total outside of North America up to $173.3 million. Germany opened to a $3.1 million debut from 945 screens (including previews), finishing the weekend in first place ahead of Noah and fellow opener Divergent. Australia took solid $4.6 million hold from 514 screens, only a 13% drop from the previous weekend, to keep the top spot tat the box office and reach a $13.1 million cume in the market.

The film's staying power has been the formula to its box office success. Frozen brought in $8 million in its 21st weekend of release overseas, taking its cume outside of North America up to $713.1 million.

The Grand Budapest Hotel reached a major milestone after crossing the $100 million global mark after taking $7.2 milliom from 2,388 screens in 37 overseas markets. The Wes Anderson film has grossed a total of $64.3 million overseas and $103.7 million worldwide.

Australia led new openers with a $1.8 million bow from only 108 screens. Italy registered a strong $1 million debut from 186 screens. The two openings represent the biggest bow for a Wes Anderson film in both markets. The Grand Budapest Hotel opens in the Philippines and Taiwan next weekend, followed by Mexico, Peru, and Uruguay, on April 24/25.

Mr. Peabody & Sherman discovered another $3.8 million from 7,015 screens in 36 markets. That brings the animated film's overseas total to $144 million and a $249.2 million global cume. The film impressed in Australia, where it was up 36% from last weekend to registed a $1.3 million take from 389 screens.

Muppets Most Wanted took a $1 million debut in Australia, finishing the weekend with a $2.2 million take from 10 overseas territories. The Muppets sequel has grossed a total of $14.8 million overseas and $60.4 million worldwide. The film expands to Spain next weekend.