UPDATE: 'Heaven Is For Real' Strong Once Again 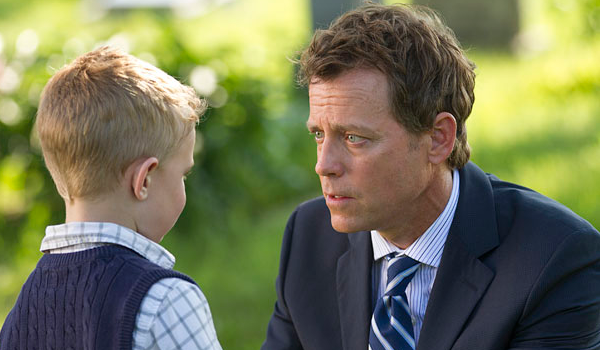 Wednesday Morning Update: On its day before release Heaven Is For Real again led all newcomers with 8,249 tweets, up a very strong 72% from Monday's 4,793. I got a couple mails asking about why I excluded Noah from my last column when discussing Christian films. Truth is that given the budget, stars and grandiose plot points and liberties taken with the story I think it is more of a Hollywood action blockbuster than a Christian offering. Regardless, Christian films have been one of the biggest stories so far in 2014 and Heaven Is For Real looks to cement that in place. By comparison, Son Of God had 9,427 tweets its day before release while Noah had 19,449. Opening today, it should have a strong run through to Easter Monday with mid to upper teen millions and more a distinct probability.

A Haunted House 2 was again second amongst the new openers with 4,488 tweets, a nominal 2% bump from 4,401 tweets on Monday. A Haunted House had 10,873 tweets its Tuesday before release (a similarly poor 7% from its Monday return). Not getting a good vibe about this one given the buzz stagnation and big drop from the first film, at this rate it will be lucky to hit teen millions.

Transcendence had the second best bump on the day amongst the new openers as it climbed 65% to 1,936 tweets, up from 1,176 tweets on Monday. Continuing with my comparisons, Oblivion had 4,468 tweets its Monday before release and Elysium had 2,736. This is shaping up nicely and while I don't expect it to be a blockbuster it should have more than enough in the tank to give it the weekend blue ribbon for the new openers. It will have its hands full with Rio 2 and Captain America: The Winter Soldier but a top 3 finish looks likely.

Bears saw a 16% dip in traffic on Tuesday to 538 tweets, down from 641 tweets Monday. By comparison, Oceans had 395 tweets its Tuesday before release, African Cats had 1,194 and Chimpanzee had 1,100. Nothing out of the ordinary here as it continues to be on track for mid-single digits.

Worth mentioning on the day also was the debut trailer of If I Stay which cleared 30,000 tweets. Huge numbers for the film which reminds me of The Fault In Our Stars which had 145,810 tweets on its first trailer debut. Of course that was before Divergent premiered and it got a huge bump from fans of that series. The release date for If I Stay is not the greatest, as the third weekend in August usually is a dumping ground but with this type of buzz it might generate a substantial online following, enough to ensure a rare success in the slot.

Tuesday Morning Update: Heaven Is For Real led all newcomers with 4,793 tweets on Monday, up a smidge from Sunday's return of 4,659. The film does open on Wednesday which alone gives it a bit of a bump and its Christian theme helps it immensely as we approach Easter weekend. This will be the third major release to fall into the Christian genre this year after Son Of God and God's Not Dead have managed to clear $100 million domestically combined. The Passion Of The Christ proved 10 years ago that the Christian demographic can be exceptionally lucrative for film makers but since then studios have struggled to connect with the audience. Until this year that is. By comparison, Son Of God had 4,608 tweets a couple days before its release. This looks primed to do well over the holiday weekend and raise a lot of eyebrows given the level of buzz it is generating.

A Haunted House 2 was second amongst the rookie openers 4,401 tweets on Monday. This was actually a few points down from its Sunday tally of 4,677 tweets a somewhat of a red flag for potential. The first film had 10,090 tweets its Monday before release last January which just about says it all really as it doesn't appear as though this is going to get anywhere near the $18 million of its predecessor.

Transcendence had the strongest Sunday to Monday increase of the newcomers with a 43% bump to 1,176 tweets. This only landed it in 31st position which is hardly anything to write home about but considering that it had a more restrictive search string than both 'Heaven' and 'House 2' this total isn't half bad. By comparison, Oblivion had 4,041 tweets its Monday before release and Elysium had 2,176. I am somewhat concerned at the overall lower numbers but considering its rise from Sunday and the fact that it should have the lowest ratio of any new film this week I still think it has the gas to top the rest.

Last up is Bears which had a start of 641 tweets Monday, off 14% from 741 tweets on Sunday. Like Transcendence this has a pretty restrictive search string thanks to its common name, and the fact that its target audience are families it doesn't help things either. Disneynature has scored in this documentary genre with numerous profitable films over the last five years including Oceans ($6 million opening), African Cats ($6 million opening) and Chimpanzee ($10.7 million opening) which gained 298, 885 and 1,000 tweets respectively for their Monday before release. I expect this to slot in the middle somewhere north of $5 million but as of now Chimpanzee's total of $10 million would seem to be out of reach.