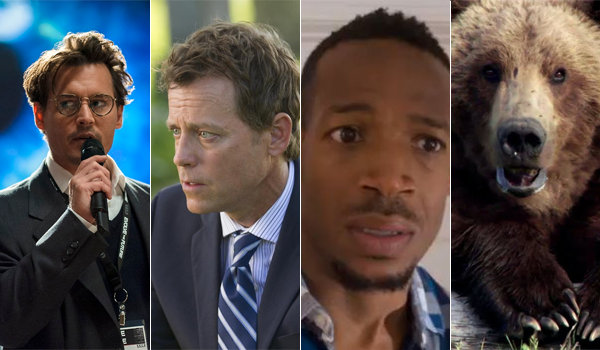 Heaven is for Real exceeded its rapidly rising expectations this weekend with a second place start of $22.52 million. The low-budget faith-based drama from Sony moved into second place for the weekend, just ahead of Rio 2, after experiencing an especially strong hold on Easter Sunday. Heaven is for Real has grossed $29.56 million in its first five days of release. With a five-day to three-day ratio of 1.31 to 1, Heaven is for Real clearly built up major momentum once the weekend arrived and as it went on, as moviegoers were in the mood to catch the film over Easter weekend. The five-day start for Heaven is for Real was an impressive 16 percent stronger than the $25.39 million five-day launch of The Last Song over Easter weekend back in 2010.

Heaven is for Real took in $7.85 million on Good Friday, increased 5 percent on Saturday to take in $8.27 million and fell just 23 percent on Sunday to gross $6.39 million. The film's opening weekend to Friday ratio of 2.87 to 1 was extremely strong for a faith-based film over Easter weekend and is a very good early sign going forward. The film's A rating on CinemaScore is also a strong sign for the film. The audience breakdown for Heaven is for Real skewed heavily towards female moviegoers (62 percent) and slightly towards moviegoers 35 years and older (51 percent).

Fox's Rio 2 was down one spot from last weekend to place in third with $22.16 million. The 3D computer animated sequel from Blue Sky Studios fell 44 percent. That represented a harsher second weekend decline than 2011's Rio experienced, when it fell 33 percent to gross $26.32 million. Rio 2 has grossed $75.05 million through ten days of release. That is 7 percent softer than the $80.81 million ten-day take of Rio, but Rio 2 is still performing well in its own right, especially when considering its strength overseas. With the lack of high-profile animated releases entering the marketplace between now and June 13, when Fox releases How to Train Your Dragon 2, Rio 2 is likely to stabilize going forward.

Warner's Transcendence bombed this weekend with a fourth place start of just $10.89 million. The pricey sci-fi film starring Johnny Depp had been widely expected to get off to a lackluster start this weekend, but the film was ultimately unable to live up to its relatively modest expectations for a film of its cost. Clearly, the film's largely negative critical reviews didn't help matters this weekend. The opening weekend performance of Transcendence was quite similar to the $11.59 million launch of Grindhouse over Easter weekend back in 2007.

Transcendence opened with $4.81 million on Friday (with an alarmingly high $850,000 of that total coming from Thursday night shows), fell a harsh 21 percent on Saturday to take in $3.82 million and slid 41 percent on Sunday to gross $2.25 million. The film's opening weekend to Friday ratio of 2.26 to 1 was soft for a film aimed at adult audiences over Easter weekend. The audience breakdown for the film skewed towards male moviegoers (56 percent) and moviegoers over the age of 25 (56 percent). Transcendence looks to fade away from theatres quickly, especially with it having received a disappointing C+ rating on CinemaScore.

Off to a lackluster start of its own this weekend was Open Road's A Haunted House 2. The low-budget horror comedy sequel starring Marlon Wayans debuted in fifth with $8.84 million. That was below pre-release expectations and was a disappointing 51 percent softer than the $18.10 million start of last year's A Haunted House. A Haunted House 2 opened with $4.05 million on Friday, fell 25 percent to take in $3.03 million on Saturday and declined 42 percent on Sunday to gross $1.77 million. That placed the film's opening weekend to Friday ratio at just 2.19 to 1. A Haunted House 2 received an underwhelming B- rating on CinemaScore and is extremely likely to be front-loaded towards its opening weekend performance.

The weekend's other new wide release, Bears, debuted in tenth with $4.78 million. The latest nature documentary from Disneynature opened softer than was widely anticipated and 20 percent below the $6.00 million start of African Cats over Easter weekend back in 2011. However, it should be noted that African Cats did have the added advantage of having Earth Day fall on its opening Friday. With Earth Day falling this coming Tuesday, Bears is likely to hold up nicely during the midweek. The film received a strong A rating on CinemaScore.