'The Other Woman' Explodes Thanks To Red Carpet Premiere 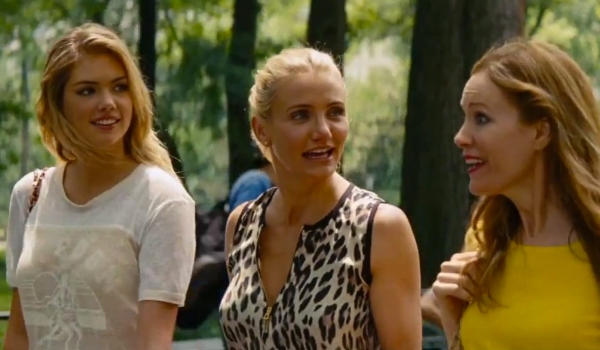 Wednesday Morning Update: The Other Woman held its Hollywood premiere Monday night, leading to a massive 180% increase in buzz on Tuesday to 9,149 tweets, up from 3,262 tweets on Monday. Always nice to see big numbers and such a hefty increase in a release week for a film though I must say that premiere buzz such as this usually does little more than pad the ratio come weekend as we have seen countless times.  Especially at a high fashion premiere such as this, so I am taking these numbers with a whole lot of salt. By comparison, Bad Teacher had 5,323 tweets its Tuesday before release while That Awkward Moment had 7,145. I am very interested to see how Wednesday's numbers look and how much of a fall if any it will receive as the premiere buzz wanes. Regardless of how the premiere numbers are interpreted this remains the clear cut favourite amongst the new openers.

Brick Mansions saw a very modest 20% bump in buzz on Tuesday to 3,628 tweets, up from Monday's 3,016 tweets. By comparison, Sabotage had 1,348 tweets its Tuesday before release while Fast And Furious 6 had 88,945 tweets. With a unique name it has been relatively simple to grasp virtually all mentions for the film, unlike Sabotage which had a much more restrictive string to weed out false positives, as such I'm not so sure the final box office will be too different for both of them. Double digits is more than wishful thinking at this point.

With a sub-10% increase on Tuesday and less than 1,500 tweets The Quiet Ones is officially DOA. Indie horrors such as this traditionally have relied on online buzz heavily to succeed but with these lackluster numbers from Twitter I have a hard time seeing it pass $5 million over the weekend. The dip itself isn't the problem, more the overall lack of buzz, and if horror fans (who are very vocal on Twitter in general) aren't chatting about it then its going to have a hard time doing much of anything. Oculus had 6,240 tweets its Tuesday before release, while Paranormal Activity: The Marked Ones had 6,320.

Tags: The Quiet Ones, Brick Mansions, The Other Woman, social-media-trends