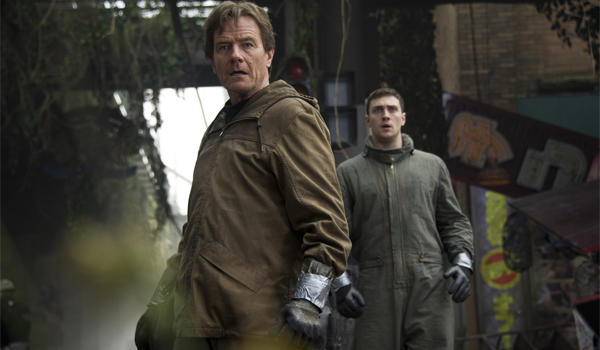 The global launch of Gareth Edwards' Godzilla is still three weeks away, but distributor Warner Bros. has a lot to be encouraged by. Current tracking for the film backs up our optimistic February analysis and suggests the May 16 release could be in store for a domestic opening north of $75 million.

Audience surveys reveal strong interest with overall "First Choice" numbers exponentially ahead of Pacific Rim at the comparable point in its pre-release cycle. Unsurprisingly, men of all ages are driving anticipation at levels just 14 percent behind that of Man of Steel, while women polled on par with their pre-release interest in last year's Superman reboot. Once next week's Amazing Spider-Man 2 hits the market and shifts attention to the next big releases, we expect these leads to continue rising in Godzilla's favor.

This latest bit of good news follows last week's ecstatic reactions to the film's footage and discussion panel at WonderCon. While the online community is expected to hype genre films of Godzilla's ilk, WB's confident marketing machine has generated excitement from more than just fanboys. The monster revamp has been a staple among the top ten most tweeted movies this year, and its overall Twitter activity is on par with The Amazing Spider-Man 2 at the same point in its pre-release cycle. That's an impressive stat when considering Spidey's significantly larger fan base, plus the fact that the Godzilla name has been mostly absent from pop culture since the turn of the century.

The Curse of Mid-May Openers?

Box office enthusiasts may be aware that blockbuster hopefuls opening in the heart of May don't always pan out. For every Star Trek, there's been a Speed Racer ($44 million domestic), Battleship ($65 million), or Poseidon ($61 million). The studio isn't selling Godzilla as your typical creature feature, though; instead, audiences are being courted with the prospect of a character-driven disaster film on a massive scale.

The movie's ensemble cast of familiar names and faces is also helping to gain traction among adult audiences. Although the likes of Aaron Taylor-Johnson (Kick-Ass), Ken Watanabe (Inception, The Last Samurai), David Strathairn (Good Night, and Good Luck), and Bryan Cranston (Breaking Bad) aren't actors you'd typically find in a big-budget popcorn flick, they may combine for a draw greater than the sum of their parts. Fans and teenage audiences are closer to the film's core target audience, but that kind of cast gives any summer blockbuster an extra boost of credibility--especially since those over the age of 25 may still have the failed 1998 iteration in the backs of their minds. That seems to be changing, though.

Ultimately, for those not wishing to check out the slew of comic book adaptations between April and May, Godzilla promises to bring something fresh to the table. Edwards established himself well with a low-budget, grassroots monster flick--appropriately titled Monsters--in 2010, and he's made it clear that his intention with this remake is to ground its reality and make monster movies relevant again. His Spielbergian approach is another added source of confidence for the film's creative and commercial potential.

We should soon hear the opinions of critics, but so far, the-powers-that-be haven't missed a beat with Godzilla's effective and atmospheric ad campaign--strategically deploying spots throughout last month's NCAA March Madness, among other big media events. We still expect that to translate into big bucks early in the summer, both domestically and overseas. The $540 million global tally of last year's World War Z seems more than attainable.

Check back in the days and weeks ahead for our revised forecast and final analyses on Gareth Edwards' Godzilla.