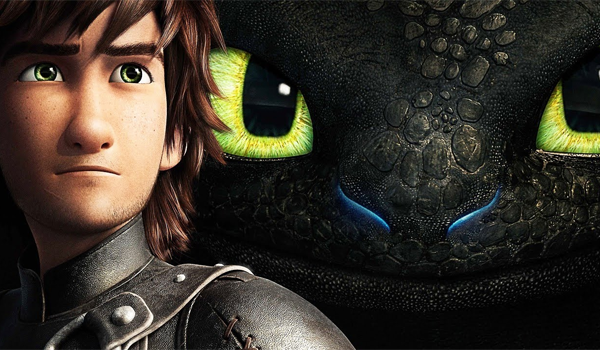 The final installment of our '5 Reasons' series ahead of Summer 2014's official kick-off takes a look at the domestic potential of DreamWorks Animation's How to Train Your Dragon 2. Following the sequel's breakdown, you can find a short list of other dark horse contenders for the summer crown, plus a brief update on the three films previously covered.

Without further ado, five elements that could turn How to Train Your Dragon 2 into Summer 2014's top domestic earner:

Unlike any other film discussed, Dragon 2 has a significant amount of goodwill going into release. The first movie still represents DWA's leggiest box office run since the original Shrek thirteen years ago. Earning nearly five times its opening weekend gross, How to Train Your Dragon was one of the few early 2010 successes that *didn't* see a massive benefit from Avatar's earlier success in the 3D format. In fact, the film's $43.7 million opening weekend was considered underwhelming at the time--but phenomenal word of mouth propelled it to $218 million in North America--making it the highest grossing DWA release outside the Shrek franchise.

Dragon went on to post strong home video sales, more than doubling the revenues of Shrek Forever After despite the ogre's fourth installment earning 10 percent more ($239 million versus $218 million) theatrically. The film boasted an excellent 98 percent Rotten Tomatoes score, a 2010 Oscar nomination for Best Animated Film, and a 91 percent Flixster audience score. In addition, DreamWorks successfully moved the property into the realm of television with Cartoon Network's Dragons series.

You only need to know one fact: How to Train Your Dragon 2 will be this summer's only major animated release before Disney's Planes: Fire and Rescue (July 18). For the first time since 2005, there will be no Pixar release. That's a huge advantage for any competing studio, but an amplified one for a DreamWorks sequel that follows what has arguably been their most popular film of the past decade.

Dragon 2 should also benefit from the two-month window between it and fellow Fox release, Rio 2. With no direct competition to speak of, it's a safe bet that kids will be hankering for their first big screen cartoon of the summer when June 13 rolls around. It's also comfortably distanced from Disney's Maleficent (May 30) and Paramount's Transformers: Age of Extinction (June 27) by two weeks on each side.

Dean DuBlois may not be a household name, but as part of Disney's writing team on Mulan and Lilo & Stitch over a decade ago (co-directing the latter title with Chris Sanders), his credentials speak for themselves. He followed those films with the original How to Train Your Dragon adaptation, again co-writing and co-directing with Sanders. The latter took time away to write and direct The Croods, but DuBlois' continued oversight of the Dragon films is encouraging from a standpoint of maintaining consistence in quality storytelling.

Composer John Powell also returns for Dragon 2. In addition to a variety of other genres, Powell's been a go-to collaborator in the world of animation for over sixteen years--including contributions to the Kung Fu Panda films, Happy Feet, two Ice Age sequels, the original Shrek, and many more. The musical score for the first Dragon garnered him his first Oscar nomination, though. Outside of enthusiasts, a movie's musical palette is an often overlooked and underappreciated element in a film's ability to tell an emotional story and, in turn, help it connect with audiences. Powell returning to what is perhaps his most successful canvas (so far) is good news toward that end.

Underscoring the remarkable holding power and after-market success of the first film was its ability to entertain an audience beyond kids and pre-teens. The film's visual vibrance and humor were just as conducive to strong word of mouth as its mature, heartstring-tugging story that kept parents and older audiences invested.

The sequel's addition of Hiccup's long lost dragon-riding mother (voiced by Cate Blanchett) could serve to further increase interest among women in the otherwise male-heavy story, while simultaneously moving the main characters' narrative forward. An increased scope and scale of action shouldn't hurt either.

Concluding Dragon 2's five keys to success, its release comes at an opportune moment. The brief "animation slump" of 2011 (which saw Kung Fu Panda 2, Cars 2, and Happy Feet Two each fall short of lofty expectations) is long past. 2012 delivered solid returns for the likes of like Brave, Madagascar 3, The Lorax, Ice Age: Continental Drift, Hotel Transylvania, and Wreck-It Ralph, while 2013 and 2014 have continued the upward trend.

In fact, a whopping four animated movies have earned over $250 million domestically in the past ten months: Frozen, Despicable Me 2, Monsters University, and The LEGO Movie--besting the 12-month record of three set by Up, Toy Story 3, and the original Despicable Me between 2009 and 2010. While that doesn't outright prove every major animated release is going to do gangbusters in a hot market, it does reaffirm the selling power of quality family movies. Demand for them rarely to seems burn out, and when they hit, they can hit big. 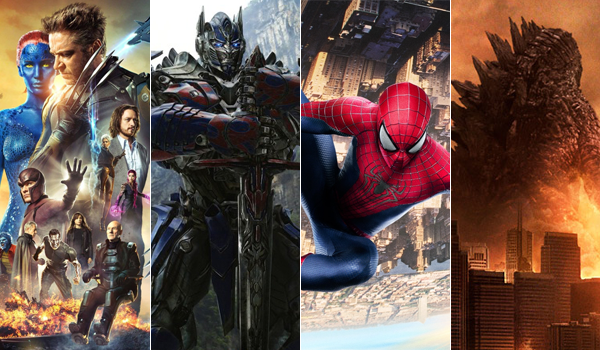 Listed below are links to our previous '5 Reasons' analyses and brief updates on their potential for winning the Summer 2014 crown.

The Amazing Spider-Man 2 (May 2): Fan and general audience buzz has struggled in comparison to recent superhero movies, although its kid-friendly nature and position as the May kick-off movie are still advantages not to be forgotten. Ultimately, though, this looks to have the weakest chances among our top four candidates.

X-Men: Days of Future Past (May 23): The franchise's adherence to the law of diminishing returns over the last eight years leaves this X-Men sequel far from being a lock to approach the $300 million inflation-adjusted domestic gross of X-Men: The Last Stand. Nevertheless, interest has proven consistently strong and the positive factors in its favor still have us confident, if cautiously so, in the film's full potential.

Transformers: Age of Extinction (June 27): Not much has changed since our global preview earlier this month. The key to Michael Bay's fourth franchise outing will be winning back lost audiences and spawning some of the series' best word of mouth. If they don't achieve that and, per the film's tagline, prove that the rules have indeed changed, the domestic title will slip out of reach (even if the global one doesn't).

Does Summer 2014 have any other contenders?

Strictly speaking, yes, but you'll be hard-pressed to find any with a predictable shot of out-performing all four movies we've covered. That being said, if there's any summer bound to produce a surprise champion, it's this summer. Three dark horses that merit a brief mention:

Godzilla (May 16): We've covered this film's potential to a significant degree already, hence, it isn't receiving an individual treatment in this series. Early buzz for the film is resoundingly positive, but in order to come out ahead of every other movie this summer, most or all of its competitors will have to underperform. That seems unlikely, but never say never.

Dawn of the Planet of the Apes (July 11): 2011's Rise reboot did somewhat surprising business ($177 million domestically) on the heels of positive word of mouth, and the move to a July release gives the sequel more time in the summer spotlight. Ultimately, though, Apes is best looked upon as counter-programming for adult audiences (albeit, on a big scale). With only a teaser trailer to go on right now, Apes could again do strong business, but topping $225-250 million (far south of the average gross for past summer champions) seems unlikely.

Guardians of the Galaxy (August 1): Disney and Marvel are not to be underestimated. The "Avengers bump" has been in full effect for three consecutive films, and there's plenty of reason to suspect the Marvel name might carry Guardians to box office heights that wouldn't have been feasible three years ago. Nevertheless, this is the studio's riskiest project to-date and features a line-up of unknown characters. With strong marketing, an opening in the $50-75 million range is attainable, but even a leggy run thereafter likely wouldn't place it in the upper echelon of summer grosses. Like Godzilla and Apes, though, it doesn't need to land there to be considered a success.

Agree or disagree, feel free to share your predictions in the comments section below or on the BoxOffice Forums. Here's to a great summer at the movies!

Tags: Fox, How to Train Your Dragon, How To Train Your Dragon 2, X-Men: Days of Future Past, Transformers: Age of Extinction, The Amazing Spider-Man 2, Guardians of the Galaxy, Godzilla, Dawn of the Planet of the Apes, Shrek, Shrek the Third, Shrek Forever After, Despicable Me, Despicable Me 2, Dean DuBlois, John Powell, DreamWorks Animation, Disney, Pixar, Toy Story 3, Frozen, The LEGO Movie, Monsters University, Brave, north-america