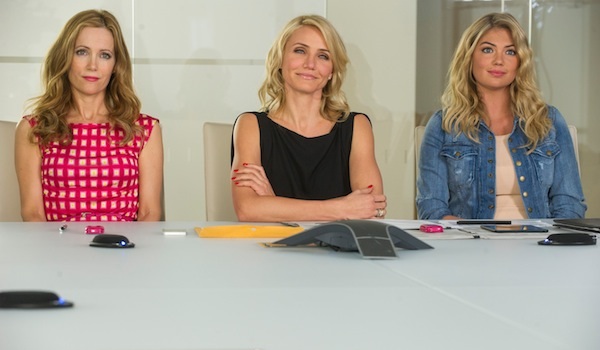 Fox's The Other Woman easily remained in first place on Monday with $1.91 million. The comedy starring Cameron Diaz, Leslie Mann and Kate Upton was down 67 percent from Sunday, which represented one of the day's stronger daily holds among wide releases. The Other Woman continues to exceed expectations with a strong four-day start of $26.67 million. That places the film 22 percent ahead of the $21.83 million four-day take of 2008's What Happens in Vegas (which fell 70 percent on its first Monday to gross $1.66 million). The Other Woman has likely received an added boost from the relative lack of films aimed directly towards female moviegoers over the past two months.

Captain America: The Winter Soldier placed in second with $1.07 million. The blockbuster 3D superhero sequel from Disney and Marvel was down 76 percent from Sunday and down 59 percent from last Monday's post-Easter inflated gross. Captain America: The Winter Soldier has grossed $226.13 million in 25 days, which places the film an impressive 21 percent ahead of the $187.24 million 25-day take of last year's Thor: The Dark World. It will be interesting to see if the film's strong word of mouth softens the likely hit it will take from the arrival of Sony's The Amazing Spider-Man 2 on Friday.

Heaven is for Real claimed third place with $1.01 million. Sony's break-out faith-based drama was down 77 percent from Sunday and down 59 percent from last Monday. Heaven is for Real continues to distance itself from expectations with a 13-day take of $53.47 million. The film is likely to continue to hold up well going forward thanks to strong word of mouth and from serving as a potential alternative to May's heavy line-up of likely blockbusters.

Relativity's Brick Mansions took fourth with $0.637 million. The modestly budgeted action thriller starring the late Paul Walker was down 73 percent from Sunday. Brick Mansions has grossed a respectable $10.15 million through four days of release, but is also quite likely to be front-loaded towards is opening weekend performance.

Fox's Rio 2 rounded out Monday's top five with $0.573 million. The successful 3D computer animated sequel was down 87 percent from Sunday and down 79 percent from last Monday, as midweek grosses for family films have now come back down to Earth. With an 18-day take of $96.96 million, Rio 2 is $3.04 million away from reaching the $100 million domestic mark and is running 7 percent behind the $104.70 million 18-day take of 2011's Rio.