'Star Wars: Episode VII' Cast Announced! Are We Looking At The Next Member of the $2 Billion Global Club? 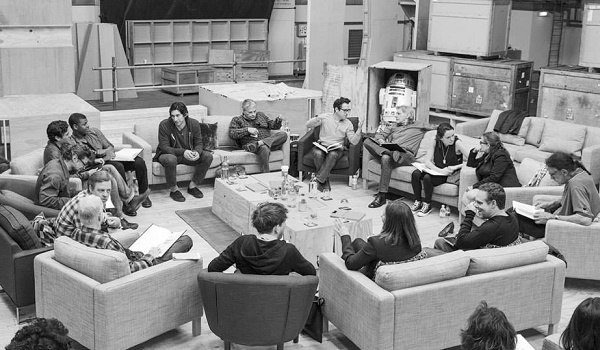 The wait is over.

Now the pressure is on director J.J. Abrams to deliver a product that will meet the expectations of millions of fans around the world.

Star Wars fans are an interesting breed. Remember how so many of them were disappointed after the release of Star Wars: Episode I in 1999? Well, that disappointment doesn't really register when you look at that film's $967.7 million global haul during its initial theatrical run. (Tack on another $103.5 million from the 3D re-release and that puts the flick over $1 billion globally.) George Lucas has built up a fanbase that isn't afraid to complain about the choices he makes, yet that doesn't stop them from supporting the products. It's an interesting position for a brand to be in. Apply this mentality to a different product, let's say a hamburger, and the value of it becomes even more astounding. Imagine if McDonald's added unremovable toppings to the Big Mac that people didn't really like but they still kept coming back simply because they liked the core of the sandwich. That's a dream scenario for any business creating a product designed for mass consumption. From a commercial standpoint, there really is no losing, but rather different levels of victory.

Back when this project was first announced, I wrote that Episode VII could feasibly hit $2 billion at the global box office. I stand by that. A strong domestic run combined with healthy grosses in booming overseas markets such as China, Brazil, Russia, South Korea, etc. could easily help the sci-fi flick reach that coveted plateau. It's also worth noting that Episode VII opens on December 18, the exact same day as Avatar did in 2009. Avatar was able to make a killing in January 2010 because the competition was sparse. It's not hard to imagine Episode VII following a similar path. Of course, this all depends on the results that Abrams & Co. deliver. Don't forget: we're talking about different levels of victory here. A so-so movie could still end up with $1 billion in global receipts, while a crowd-pleasing effort could chase after loftier goals. Abrams may feel artistic pressure, but commercially he really can't lose.