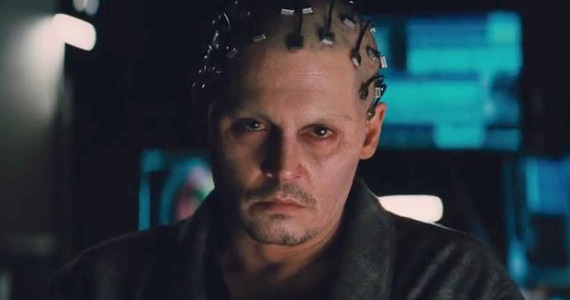 My Old Classmate claimed the top spot with a $17.31 million debut from its first three days on the market. Ice Man 3D was not far behind with an $11.28 million opening weekend.

Captain America: The Winter Soldier settled for third place in its fourth weekend in China with an $8.94 million weekly tally. The superhero sequel is up to $107.22 million in the market.

Transcendence tumbled down to a mid-table spot in its first full week at the box office. The Johnny Depp sic-fi vehicle added $7.17 million to take its Chinese total to $17.82 million after ten days in release. 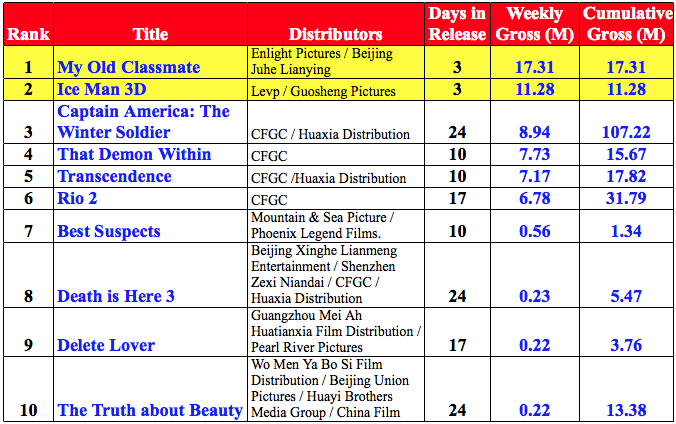