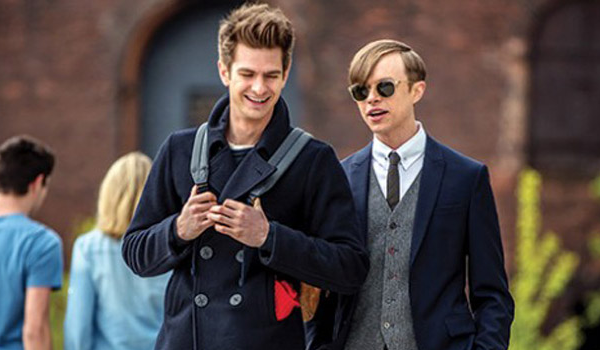 Sony's The Amazing Spider-Man 2 started the summer movie season with a $91.61 million debut this weekend. The expensive second film in Sony's re-launched Spider-Man franchise opened towards the lower end of pre-release expectations. While The Amazing Spider-Man 2 was off to a solid start this weekend, the start was also relativity soft compared to other superhero films in recent years that have kicked off the summer movie season during the first week of May; the most recent of which, Iron Man 3, having opened with $174.14 million last May.

The Amazing Spider-Man 2 opened with $35.17 million on Friday (which included an estimated $8.7 million from evening shows on Thursday), was down just 6 percent on Saturday to take in $33.16 million and declined 30 percent on Sunday to gross $23.28 million. That gave the film an opening weekend to Friday ratio of 2.60 to 1. Initial holding power for The Amazing Spider-Man 2 was helped out by the film skewing a bit more towards family audiences and a bit less towards fan-driven audiences than is usual for a comic book based film on opening weekend.

Fox's The Other Woman continued its strong performance this weekend with a second place take of $14.41 million. The modestly budgeted comedy starring Cameron Diaz, Leslie Mann and Kate Upton was down 42 percent, which represented a solid second weekend hold. With a stronger than expected ten-day start of $47.55 million, The Other Woman is running 18 percent ahead of the $40.34 million ten-day take of 2008's What Happens in Vegas (which fell 31 percent in its second weekend to gross $13.88 million). Clearly, The Other Woman is successfully serving as an alternative choice to the summer's early blockbuster fare, but the film will soon face more direct competition of its own when Universal releases Neighbors on Friday.

Heaven is for Real claimed third place with $8.60 million for the frame. Sony's break-out faith-based drama was down 40 percent from last weekend, as it continued to hold up well. Like The Other Woman, Heaven is for Real will also hope to continue to serve as an alternative for moviegoers not in the mood for early summer blockbuster fare. Heaven is for Real continues to distance itself from expectations with a very strong $65.50 million through 19 days of release.

Disney's Captain America: The Winter Soldier placed in fourth with $7.77 million. The blockbuster superhero sequel was down 52 percent from last weekend, as it understandably took a significant hit from the arrival of The Amazing Spider-Man 2 in the marketplace. In the bigger picture, Captain America: The Winter Soldier continues to impress in a big way with a 31-day take of $237.16 million. That leaves the film just $12.84 million away from clearing the $250 million domestic mark.

Fox's Rio 2 rounded out the weekend's top five with $7.71 million and in the process surpassed the $100 million domestic milestone this weekend. The computer animated film from Blue Sky Studios was down 44 percent from last weekend, as it also took a hit from The Amazing Spider-Man 2. Rio 2 has grossed $106.58 million through 24 days of release and will hope to re-stabilize next weekend.