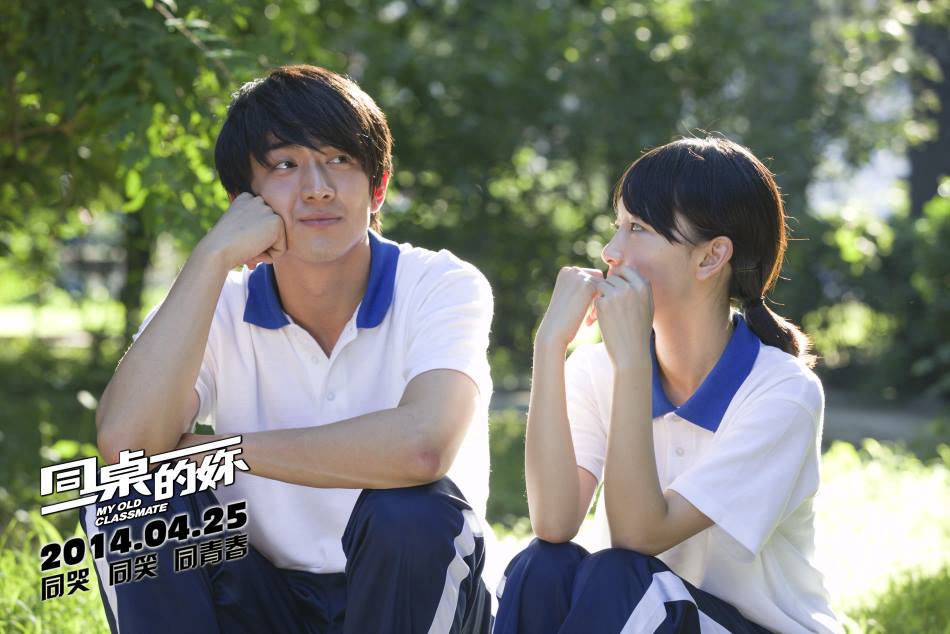 Chinese comedy My Old Classmate kept the top spot in China for a second consecutive week, adding $34.63 million throughout the week to reach a $52.3 million cume.

The Amazing Spider-Man 2 took a big $9.75 million opening day take, leading to what will likely be a big tally in the next frame.

Captain America: The Winter Soldier finished its first full month of realse in China with a $7.58 million take, bringing its Chinese total up to a stellar $115.62 million.

Rio 2 slowed down in its fourth frame to a $5.71 million take. The animated sequel has grossed a total of $37.95 million in China.

Johnny Depp sci-fi vehicle Transcendence continues to struggle overseas, as it tumbled down to #8 in its third frame in China. Transcendence has grossed a total of $20.28 million in the market, disappointing after a promising start that overshadowed the film's lackluster opening weekend in North America. 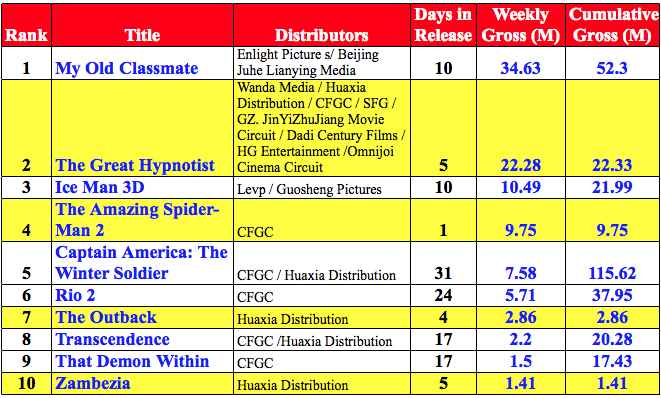