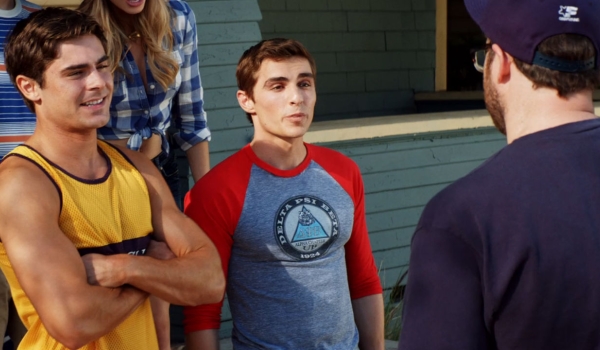 Thursday Morning Update:  Neighbors rebounded nicely on Wednesday with a 35% bump to 7,210 tweets, up from Tuesday's 5,349 tweets. By comparison, The Other Woman had 4,978 tweets its Wednesday before release while This Is The End had 5,285 two days before its opening. Very impressive numbers overall here for the film, so much so that we are predicting $39 million for it on the weekend and top spot at the box office, dethroning the reigning champ The Amazing Spider-Man 2 in just its second weekend.

Legends Of Oz: Dorothy's Return narrowly escaped a third straight decline as it rose a 'massive' three tweets on Wednesday to 1,327. Simply put the lack of increases and paltry levels for its genre all point to a flop this weekend. Almost embarrassing to compare it to recent animated family films, but Mr. Peabody And Sherman had 6,126 tweets its Wednesday before release, Rio 2 had 10,524 while The LEGO Movie had 18,155. We are predicting $4.5 million for it which is a long ways off from its reported $70 million price tag plus prints and advertising.

The Fault In Our Stars continues to steamroll the competition on Twitter and for good reason. It recently broke the record (held by One Direction) for the most liked video in YouTube history. On top of that there has been a couple memes floating around related to the book (#johning!) which have only helped. It has already become one of the most notable performances over the last five years on social media which is saying a lot. Paranormal Activity, Inception and The Purge are all films which come to mind as having ridden hugely popular online sentiment to huge riches and it would appear as though this is set to join the pantheon.

Top 15 Movies for Wednesday May 7th