NORTH AMERICA: 'Neighbors' Passes the $50M Mark After Taking in $4.44M on Monday 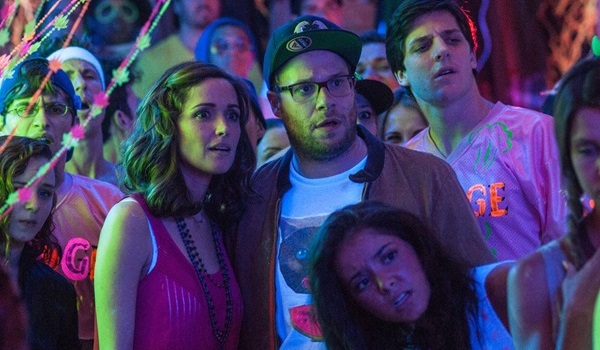 Universal's Neighbors took in $4.44 million on Monday to lead the daily box office for a fourth consecutive day. The modestly budgeted comedy starring Seth Rogen, Zac Efron and Rose Byrne was down 62 percent from Sunday. That represented the day's strongest daily percentage hold among wide releases, which is a good early sign for the film going forward.  It should also be noted that R-rated comedies tend to have very good first-Monday holds in general, especially during the summer months. Neighbors surpassed the $50 million mark yesterday and continues to outpace pre-release expectations with a very strong four-day start of $53.48 million. That places the film an impressive 52 percent ahead of the $35.13 million four-day take of 2007's Knocked Up.

The Amazing Spider-Man 2 claimed second place with $2.25 million. Sony's expensive 3D superhero sequel fell 78 percent from Sunday and 56 percent from last Monday. It should be reminded that last Monday's grosses were deflated a bit from Cinco de Mayo. The Amazing Spider-Man 2 continues to perform on the low end of expectations with an eleven-day take of $148.46 million and is set to surpass the $150 million mark today. The film is currently running 1 percent ahead of the $147.31 million eleven-day take of last year's Thor: The Dark World and 9 percent behind the recent $162.35 million eleven-day gross of Captain America: The Winter Soldier.

Fox's The Other Woman placed in third with $0.719 million. The comedy starring Cameron Diaz, Leslie Mann and Kate Upton was down 77 percent from Sunday and down 31 percent from last Monday. The Other Woman is holding up well this week, especially given the new competition it is facing from Neighbors. The 18-day total for The Other Woman stands at $62.80 million, which places the film 11 percent ahead of the $56.61 million 18-day gross of 2008's What Happens in Vegas.

Captain America: The Winter Solider rounded out Monday's top five with $0.411 million. The blockbuster 3D superhero sequel from Disney fell 76 percent from Sunday and only 20 percent from last Monday. With a 39-day take of $245.54 million, Captain America: The Winter Solider is now just $4.46 million away from reaching the $250 million domestic mark.

Tags: north-america, Neighbors, The Amazing Spider-Man 2, The Other Woman