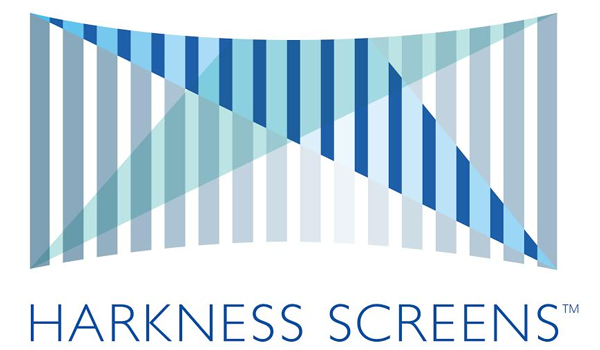 Have you ever arrived at a movie 20 minutes early in order to secure a seat? If so, then you’ve probably noticed that there is a thought process that goes into how each and every patron picks a seat in an auditorium. Teenagers sit near their friends, families sit near the exits in order to make appeasing restless kids easier, film enthusiasts find a seat as close to the middle as they can get, and so on. Technological concerns also play a huge role in this decision: arrive late to a 3D showing and you’ll notice that most seats in the middle of the auditorium are taken. Now, thanks to a fascinating new report by Harkness, a U.K.-based manufacturer and designer of projection screens, those observations have been transformed into solid data that can be used to improve the moviegoing experience.

Released in March, Harkness’s Project Clarus dissected and compared the behavior of customers who watched a film on a traditional Spectral silver screen versus their new Clarus XC screen. The goal is a simple one: to ensure that everyone in the theater experiences the same level of technical quality. An even experience leads to happier customers and more box office receipts.

BoxOffice recently caught up with Richard Mitchell, Harkness’s global head of marketing, to discuss the main points of this report.

Was there one conclusion in Harkness’s research that really surprised you? If so, why?

The main thing that surprised us was how aware of brightness-level issues the viewing public is. The issues we talk about as an industry and seek to find solutions to are felt by the viewing public. They might not be able to explain at a technical level why something either looks too dark or isn’t as good as they’d expect, but they do see and feel it. They’re also incredibly in tune with where the best places are to sit in an auditorium in order to get the best presentation, and some surprisingly stated that they actively avoid going to see the movie or go to another theater if they can’t pre-book their seat online or if that seat isn’t available.

It’s clear from the report that many moviegoers know what they want to see when it comes to the theatrical experience. Do you think audiences are more tech savvy today than ever before, and do you think they are being underestimated?

I think that’s absolutely clear from the research that they are. The viewing public feels that the cost to go to the movies is high, and they’re rightly or wrongly demanding a premium experience to match that price. They want to feel like they’re a part of the movie, be it from immersive sound or bright and clear 2D and 3D presentation. The exhibitor business is facing an interesting challenge as there are other entertainment alternatives available through the likes of large televisions, home theaters, even on-demand content from the likes of Netflix, so making that cinema experience significantly better and different from other media is vital to preserving the future of big-screen movie presentation.

A lot of people are saying that 3D has reached its maturity. Do you agree or do you think there’s room to grow?

I think there’s definitely room to grow. Modern first-generation 3D might have reached its maturity, but the next wave of innovation is coming through. We’re in an industry that never sits still and is constantly innovating, and we’re already seeing a lot of new product development and improvement not just in terms of screens, but also in 3D technology and sound. Ultimately if the offering is strong, the premium price point is acceptable, and the quality, both in terms of content and presentation, is sufficiently different from either 2D or home 3D, then the viewing public will buy in, Gravity is a fine example of that principle.

Do you think Clarus XC has the ability to reverse negative opinions of 3D?

Most definitely. The group we worked with indicated that although they wouldn’t necessarily be prepared to pay a premium to watch a 3D film on a Clarus XC screen, it would make them more inclined to go to the cinema to watch a 3D movie. That’s a key indicator of the power of Clarus XC in our opinion, particularly when you consider their thoughts and feelings on 3D presentation in general. It’s that added depth, sharpness, and color accuracy along with the uniformity that really distinguishes Clarus XC and makes the difference on the eye. The feedback we gained from those that saw the screenings on Clarus XC screens at CinemaCon echoed what we’d seen during the trial, so there’s no doubt that the difference is both noticeable and received extremely positively by the audience. Of course there are other elements such as high efficiency 3D systems (like RealD’s XL unit) or laser projection that will enable that negative opinion to be reshaped, but Clarus XC is, in our opinion, definitely a big part of that mix.

How important do you think proper auditorium construction is to enjoying quality screens? How does Clarus XC help an auditorium that may not be optimized for 3D?

That really depends on the type of screen you’ve put in there. A low-gain screen makes the geometry of an auditorium a little less important than a high-gain equivalent from a light distribution perspective. Traditional silver screens like our Spectral range set a benchmark in terms of 3D presentation, but they were a necessity in the midst of the 3D boom we saw a few years ago. That retrofit silver screen program meant that although 3D performance was possible, there were implications on brightness uniformity, and these had varying levels of impact across the auditorium, particularly at the most oblique angles. Screen technology has moved on significantly since then, and one of the key advantages of Clarus XC technology, aside from the improvement in optical performance, is its ability to distribute light in a much more uniform way than before, so you instantly see a significant reduction in hot-spotting and a better picture from everywhere in the auditorium, even in the front corners, which is shown by the feedback in the report. So realistically Clarus XC technology is taking us back a bit more in the direction of white screens and making auditorium geometry a little less, although still very, important.

What’s the main lesson you hope the exhibition industry takes away from your report?

That there’s more that’s being done to help improve presentation quality and that there’s practical solutions available to exhibitors today that will help them retain and potentially drive incremental revenue at the box office. The group were clear in explaining about seating choice and the implication if they can’t get the seat they want. The research suggests that when watching a movie on a Clarus XC screen, the viewing public would be a lot less choosy given the light distribution and uniformity both in 2D and 3D. Clarus XC could be a significant solution to issues felt by exhibitors today.

What’s the main lesson you hope the distribution industry takes away from your report?

Hopefully that we’re taking the issues of brightness and uniformity extremely seriously and that we’re constantly looking at ways to improve the overall viewing experience. We want to ensure that content is shown on the best possible screen, that the audience buys in fully to cinema, and that it remains sufficiently different from other viewing media.

Can you tell me a little bit about the Clarus XC roll out? How many screens do you have in place? How many are committed?

To date we’ve had significant success with Clarus XC 170 mainly in Europe with some early adoption in the USA. There are already over 200 screens installed and an increasing number on order. Aligned to the sales we’ve also seen Clarus XC technology deployed at major film festivals, premieres, trials with major Hollywood studios and that interest and, indeed, adoption is growing daily. There’s no doubt in Clarus we have something extremely impressive, and we’re delighted the industry is behind the product.