'X-Men' And 'Blended' Both Looking Strong 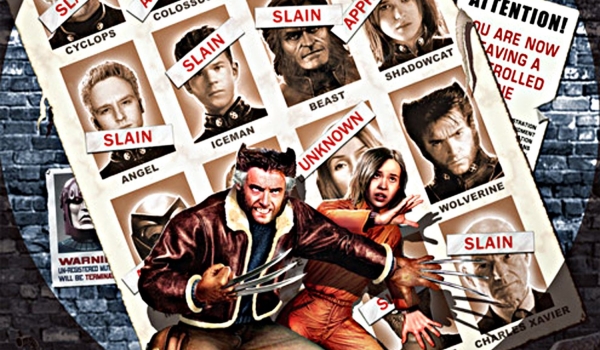 Tuesday Morning Update: X-Men: Days Of Future Past began its release week with a strong 22,585 tweets on Monday, good enough to put it in 5th spot on the year for all films 4 days before release. The X-Men franchise is one of the most lucrative at the box office and after securing the ground work for a prequel/separate story arc in X-Men: First Class it looks to full capitalize here by utilizing one of the most treasured and powerful storylines in the entire Marvel treasure trove. By comparison, X-Men: First Class had 4,744 tweets on its Monday before release back in 2011, Captain America: The Winter Soldier had 44,404 and The Amazing Spider-Man 2 had 16,690. Considering that both Cap and Spidey opened in many more territories around the world than this film is also a strong sign of its potential. Like The Avengers this film is attempting to capitalize on many years of prior films, dozens of characters and prior story arcs. This will be the 7th movie in the X-Men franchise and has a strong chance at becoming the largest opener of all, a record currently held by X-Men: The Last Stand with $102.75 million before in 2006.

Blended marks yet another family-friendly entry by Adam Sandler who has proven to be box office gold within this space and one of the most consistent draws in the industry. It took in 2,999 tweets on Monday, a far cry from X-Men but considering that Just Go With It had 603 tweets its Monday before release and Jack And Jill had 1,009 this is actually a promising start. Of course they opened eons ago back in 2011 and a lot has changed in terms of buzz volumes since then but even when taking that into consideration Blended looks set to at least open to the same level (i.e ~$25 million).