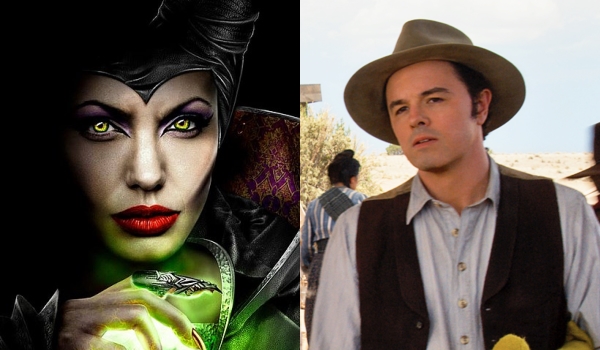 Wednesday Morning Update: Maleficent secured 116,388 tweets on Wednesday, up a gargantuan 188% from Tuesday's 41,328 tweets. I'm not even going to quote comparisons to that since it simply blows all others out of the water and is clearly in a class of its own at this point in terms of social media awareness. Its Wednesday tally is the largest Wednesday before release ever on record, surpassing Fast & Furious 6's 113,395 tweets last April. The Twilight Saga: Eclipse did have 456,112 tweets on a Wednesday, but it was a Wednesday opener so its isn't an apples to apples comparison. Now there is an asterisk next to the number because a large number of those tweets are tied to its Los Angeles premiere which took place Wednesday and also to a red carpet incident which saw Brad Pitt being assaulted. Numerous large films in the past have had Wednesday premieres boost traffic, but between that, the Pitt incident and the already huge profile for the film it has just been a perfect storm of buzz. We are predicting $68.5 million for it this weekend which will put it firmly in the driver's seat for the weekend.

Back down closer to the ground, A Million Ways To Die In The West had a 47% jump to 5,277 tweets on Wednesday, up from its 3,588 tweets on Tuesday. By comparison, Ted had 12,704 tweets on its Wednesday before release a couple Summers ago. No sign of any records here as it has been a much more muted run over the past couple weeks than Ted. We are predicting a solid, though unspectacular, $25 million for it on the weekend.

The first trailer for This Is Where I Leave You debuted yesterday and saw a very respectable 3,660 tweets. The film had been generating virtually zero buzz before it and its star-studded cast helped to make a big splash on the day (for its dark comedy genre). It is opening in a traditionally slow September time frame so its ceiling will be capped but with its cast and strong first trailer double digits might be on the cards.