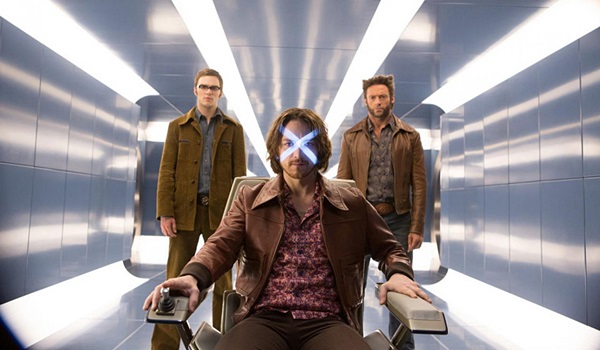 Fox's X-Men: Days of Future Past took in $4.97 million on Thursday to lead the daily box office for a seventh consecutive day. The well-received 3D superhero sequel was down a sizable 13 percent from Wednesday, though it should be noted that most wide releases experienced significant percentage declines on Thursday due in part to both Disney's Maleficent and Universal's A Million Ways to Die in the West entering the marketplace on Thursday evening. X-Men: Days of Future Past was easily the week's top film with a strong seven-day start of $129.47 million. That was towards the lower end of the film's lofty pre-release expectations. Days of Future Past is currently running 75 percent ahead of the $73.89 million seven-day start of 2011's X-Men: First Class and 8 percent behind the $141.33 million seven-day take of 2006's X-Men: The Last Stand.

Godzilla held steady in second place with $1.85 million. Warner's 3D sci-fi action remake fell 12 percent from Wednesday and 60 percent from last Thursday, as the film has yet to stabilize on the heels of its hefty decline over the holiday weekend. Godzilla placed in second for the week with $45.08 million. That was down 62 percent from the film's opening week performance and brings the film's two-week total to $162.43 million. While it is proving to be very front-loaded, Godzilla is still performing fairly well in the bigger picture thanks in large part to its strength over opening weekend.

Universal's Neighbors took in $1.14 million to remain in third place. The successful modestly budgeted comedy did fall a sharp 15 percent from Wednesday and 43 percent from last Thursday, as it clearly took a hit from the added presence of Maleficent and A Million Ways to Die in the West last night. For the week, Neighbors took in $21.206 million to place in fourth (the film trailed Blended by a very slim $681 for the seven-day frame). Neighbors fell 38 percent from last week and has now grossed $120.89 million through three weeks of release.

Warner's Blended rounded out its disappointing first week of release with $0.99 million on Thursday to place in fourth. The modestly budgeted comedy starring Adam Sandler and Drew Barrymore was down 10 percent from Wednesday. Blended placed in third for the week with $21.207 million. The film performed below expectations this week, which were already relatively low to begin with for a film starring Sandler.