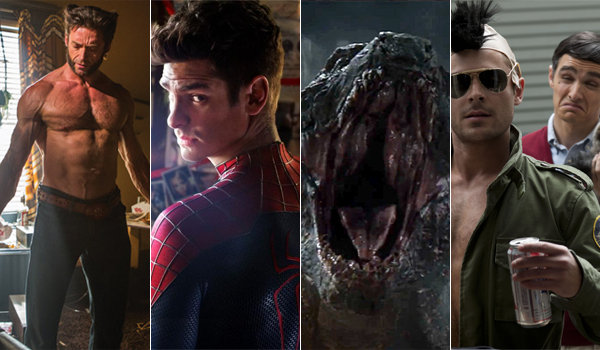 Last weekend's results closed out the month of May with a market gross of $1.01 billion, marking a 12 percent decline from May 2013's record $1.14 billion.

Standout performers for the month were few and far between. Fox and Bryan Singer successfully revived the X-Men franchise with Days of Future Past, earning a commendable $152.7 million in its first nine days of release. Meanwhile, Gareth Edwards and Warner Bros. relaunched Godzilla to a massive $171 million through sixteen days, while Universal's Neighbors has posted $126.8 million since its May 9 opening. Legs for all three have disappointed on some level, though--particularly Godzilla, which could become the first $90 million+ opener in history to fall short of a $200 million domestic total. Disney's Maleficent also contributed two-thirds of its healthy opening to May.

On the flip side, The Amazing Spider-Man 2 tallied $191.7 million, while Million Dollar Arm, Blended, and A Million Ways to Die in the West all fell short of expectations that were modest to begin with. The three combined for just $67 million.

One positive takeaway is hat last month upped the streak of consecutive Mays topping $1 billion to four years running. It was the lowest of the four, however, and the second lowest total since 2008 (May 2010 posted $907 million). Perhaps most concerning about last month's releases is the fact that audiences don't seem to be sticking around for them after opening weekend. The month's results aren't entirely shocking, though: a year ago, BoxOffice foresaw the lack of event franchises that would weigh down the current summer season.

Year-to-date, 2014 has now totaled $4.18 billion--3 percent ahead of 2013 at the same point. Unfortunately, this year's 9 percent lead over last (through April 30) was erased by May's under-performers. That trend will likely continue through June as the coming month is expected to land far below June 2013's record $1.25 billion. Fortunately, flicks such as The Fault in Our Stars, 22 Jump Street, and How to Train Your Dragon 2 already look like bright spots for the second month of summer.