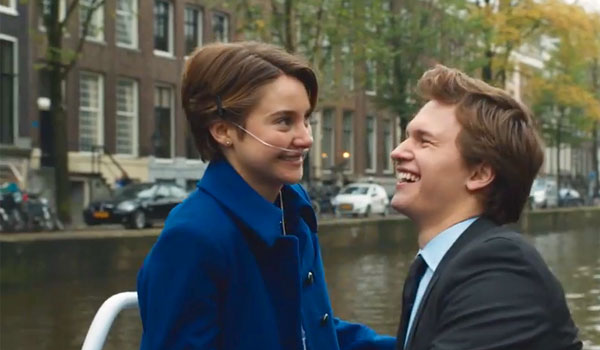 LOS ANGELES -- The highly-anticipated romance, "The Fault in Our Stars" opens this Friday, but according to Fandango, the nation's leading moviegoer destination, it has already broken the record for the biggest pre-selling love story in the company's 14-year history, besting the previous record-holder, the 2012 Channing Tatum-Rachel McAdams drama, "The Vow." (This Fandango record does not include genre romances such as "Twilight" and "Divergent," or romantic comedies like "Valentine's Day.")

According to a Fandango survey of more than 1,000 "Fault" ticket-buyers on Fandango:

· 95% have been looking forward to a heartfelt, big-screen love story;

· 64% picked star Shailene Woodley as a motivating factor in buying a ticket.

"'Fault' already has an army of fans, thanks to John Green's phenomenally successful novel," says Fandango Chief Correspondent Dave Karger. "Strong buzz for the film and its young stars are turning the big-screen adaptation into that rare summer hit that's neither a sequel nor a superhero story."

Tags: north-america, The Fault In Our Stars