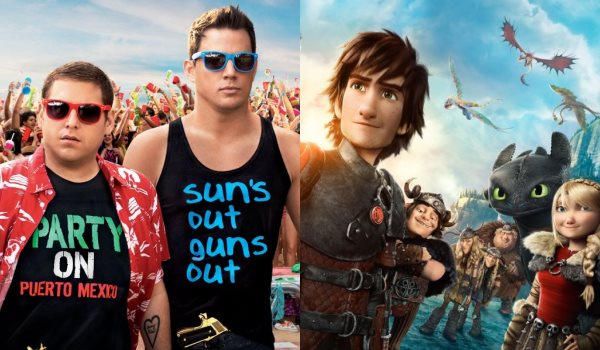 Tuesday Morning Update: 22 Jump Street started its release week with a whopping 58,612 tweets. The first film was a smash hit, making over $200 million worldwide, performing very well on the DVD/Blu Ray rental and sales charts and not to mention the great word of mouth and critical praise which saw it have great legs over its box office run. So the stage is set for the sequel to cash in on all the good will that the first generated and with stellar early reviews it would appear as though audiences have given it a blank check its just a matter of how huge it will be. By comparison, 21 Jump Street had 5,494 tweets its Monday before release and Neighbors had 6,898. So like Fault In Our Stars last week this is in a class of its own buzz-wise and is blowing away all comparisons. Twitter really has been exploding this Summer with movie mentions and for the fifth week in a row a film begins its release week with over 20,000 tweets. $50 million+ would appear to be a lock here with all the fanfare.

Much like 22 Jump Street, How To Train Your Dragon 2 is a sequel to a hugely successful film (~$500 million at the worldwide box office) which looks to capitalize on positive sentiment that the first film generated. There is  very little overlap between the two films this weekend which means they should be able to co-exist well together. Dragon 2 had  7,278 tweets on Monday, miles ahead of the 1,288 the first film had its Monday before release, while also stacking up nicely to recent animated films such as The LEGO Movie (12,710), Mr. Peabody And Sherman (4,081) and Rio 2 (4,334). Two films have only opened to above $50 million three times in box office history, all of those times were in June (2008, 2012 and 2013) and it will seem as though it will be four times after this weekend because the numbers here are pointing to an opening even above 22 Jump Street north of $60 million.

Tags: social-media-trends, 22 Jump Street, How to Train Your Dragon 2