NORTH AMERICA: 'The Fault In Our Stars' Zooms Past the $50M Mark on Monday 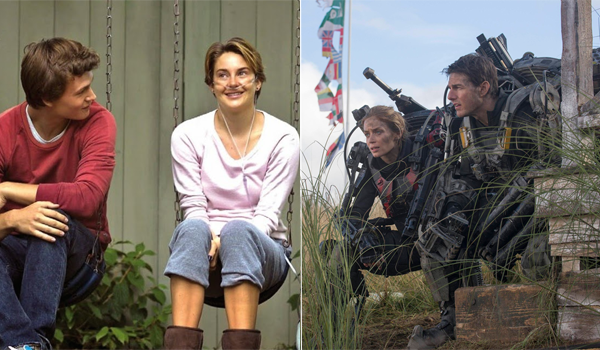 Fox's The Fault in Our Stars claimed first place at the daily box office on Monday with $5.095 million. While it led the way over the weekend, the low-budget drama starring Shailene Woodley had actually placed in second (behind Maleficent) on both Saturday and Sunday. The Fault in Our Stars held up extremely well on Monday, as it was down just 45 percent from Sunday. That represented the day's best daily percentage hold among wide releases. It should be noted that films aimed towards teenage girls tend to experience strong midweek holds during the summer months and it already appears as though that will be the case with The Fault in Our Stars. The film surpassed the $50 million mark on Monday and has grossed a very strong $53.10 million in its first four days of release.

Maleficent placed in second on Monday with $4.05 million. Disney's 3D fantasy film starring Angelina Jolie fell 62 percent from Sunday and a healthy 35 percent from last Monday. Maleficent is holding up relatively well thus far, especially given the soft holding power of the summer's other high profile releases in general thus far. The film is being helped out by strong word of mouth, increased summer midweek business and the current lack of competition for family audiences. Maleficent has grossed $132.22 million in eleven days. That is towards the higher end of the film's lofty expectations and places it 31 percent ahead of the $101.22 million eleven-day take of 2012's Snow White and the Huntsman.

Warner's Edge of Tomorrow placed in third with $3.17 million. The critically acclaimed 3D sci-fi film starring Tom Cruise and Emily Blunt was down a solid 59 percent from Sunday. Edge of Tomorrow surpassed the $30 million mark on Monday and has grossed $31.93 million in four days. While that is in line with pre-release expectations, the film is having an underwhelming domestic performance when considering its expensive price tag. Edge of Tomorrow is currently running 20 percent behind the $39.76 million four-day take of last year's Oblivion (which fell 70 percent on its first Monday to gross $2.70 million). Edge of Tomorrow will hope to hold up well during the rest of the midweek, but it will also be facing competition from the NBA finals tonight and on Thursday.

X-Men: Days of Future Past placed in fourth with $1.77 million. Fox's critically acclaimed 3D superhero sequel was down 60 percent from Sunday and down 44 percent from last Monday. X-Men: Days of Future Past has grossed $191.32 million in 18 days, which leaves the film just $8.68 million away from reaching the $200 million domestic milestone. The film is currently running 57 percent ahead of the $121.82 million 18-day take of 2011's X-Men: First Class.