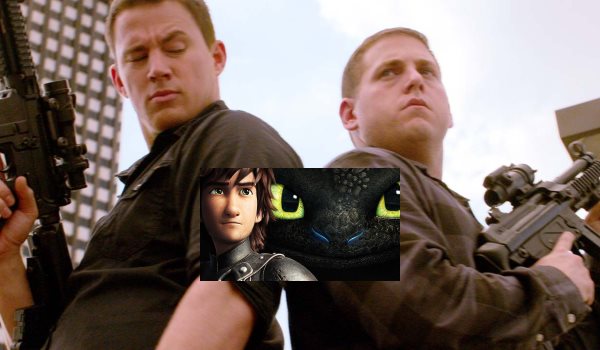 Thursday Morning Update: 22 Jump Street rose a couple points to 81,419 tweets on Wednesday up from 79,925 tweets the day before. Hard to believe that with these numbers it isn't leading all films but The Fault In Our Stars and Maleficent continue to be juggernauts that command huge numbers of tweets each day despite their waning box office numbers. No R-Rated comedy has ever thrown up these types of numbers, not even Hangover II. We are predicting a huge $65 million beginning for it thanks weekend thanks to all this hoopla and with the strong word of mouth it is receiving $200 million+ should be a virtual lock domestically.

How To Train Your Dragon 2 had a 27% jump to 10,816 tweets, up from Tuesday's 8,549 tweets. By comparison, How To Train Your Dragon had 1,698  tweets its Wednesday before release while The LEGO Movie had 18,155, and Rio 2 had 10,524.  Strong numbers here again but I was hoping to see it far surpass Rio 2 and be closer to The LEGO Movie at this point, especially since its search string is actually more straightforward than Rio 2. Still, its not like its disappointing per say, just that I thought it would do even better and in light of this we are predicting a very close race between this and 22 Jump Street with the latter inching ahead of Dragon's projected $64 million start.

Dumb And Dumber To expanded even further to 34,361 tweets on Wednesday which is easily one of the best comedy-genre first trailers I have seen on Twitter. Its a long long way out but this looks primed to be a strong holiday contender given this early reaction. It will be interesting to see how it holds up in appeal to its second trailer and if it can carry this sort of interest along with it but color me impressed.

Frank Miller's Sin City: A Dame To Kill For (quite a mouthful I know), debuted its first trailer and it fizzled its way to 4,561 tweets on the day. Considering that 300: Rise OF An Empire had 20,391 tweets for its first trailer back in June of 2013 Dame's number here is severely lacking. The late August date is one that doesn't inspire much confidence as it is traditionally a dumping ground so it will have to do a much better job of generating chatter in the coming months if its to aspire to be more Sin City than The Spirit.

Tags: social-media-trends, 22 Jump Street, How to Train Your Dragon 2, Frank Miller's Sin City: A Dame To Kill For, Dumb And Dumber To