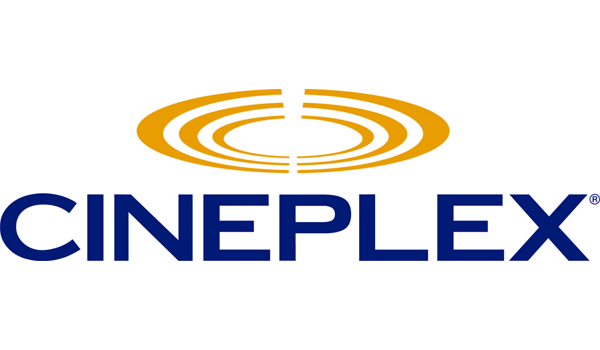 Canadian exhibitor Cineplex has been at the forefront of many of today's biggest innovations of the exhibition world. Ellis Jacob, CEO and president of leading Canadian exhibitor Cineplex, has been a fixture in the industry since joining the company in the late 1980s. BoxOffice spoke to Ellis Jacob ahead of ShowCanada to get his insights into the Canadian market, the importance of innovation, and the changing landscape of today's exhibition business.

Over the past few years, Cineplex has grown its market share in Canada to a spectacular 77 percent. What have been the drivers of this growth?

One of the things we as an organization have done is focused on trying to increase the incidence of people coming to the movies and increasing our attendance. The way we've done that is by focusing on the premium offerings that we have. If you compare us to the U.S. circuits, we derive a significant part of our revenue from these premium experiences.

If you look at the regular ticket price, a film in 2D at Cineplex today costs less than it did ten years ago. So our big focus has been on 3D, VIP, UltraAVX, IMAX, and all those different alternative ways of viewing. This weekend, when The Amazing Spider-Man 2 came out, we got over 70 percent of our revenue from premium offerings compared to 40 percent in the U.S. On an annualized basis, we ended 2013 with almost 40 percent of our box revenue coming from these premium offerings as compared to 3 percent six years ago.

What are the key differences you see between the U.S. market and the Canadian market?

The U.S. market has really been driven by increased box office pricing, and we've really focused more on giving the guest a better and broader experience and charging them only an increased price when the experience is different. We really haven't changed from our base ticket prices, whereas we charge a premium if you go to a 3D or VIP screening. There needs to be value for the price change.

In terms of our concession offering, we have always focused on total revenue per person, and our U.S. peers seemed to focus on gross margin and keeping that number as low as possible. As a result, their concession offerings tended to be core-soft drinks, popcorn, hot dogs, nachos, and select candy. At Cineplex, our approach is more akin to a food court offering, with numerous retail branded outlets offering everything from chicken tenders, burgers, and pizza to frozen yogurt, Tim Hortons doughnuts and coffee in addition to a wide range of candy and beverages. This way we earn more from each person even though our margins are a little lower.

Cineplex brought us the SuperTicket, a concept that has begun gaining traction in the United States. Could you tell us a bit about its results?

We started with Pacific Rim last summer with Warner Bros. and have done several films since then. We've seen continued improvement on the uptake on the SuperTicket. I think it will become more relevant as more and more studios start doing it, so the consumer knows that this is an offering they can avail themselves. I think it's a fantastic model where individuals can watch the movie at the cinema and also get a digital download. As you can see, other circuits have started doing it as well. One of the advantages for us is when the SuperTicket is purchased, you are actually depositing the SuperTicket in the Cineplex Locker, which we've created compared to other circuits where they need to use a third party service for their download.

We also have a digital rental program that we launched, "$2.50 Tuesdays," that allows people to match up what we do at the cinemas by being able to rent a movie for $2.50. It's all about innovating so the guest can think of Cineplex as the place to go when you think about movies.

Has the SuperTicket been a successful vehicle to drive your VOD efforts?

We have the SCENE loyalty program where we now have 5.6 million members. So one out of seven Canadians are members in our loyalty program. That gives us phenomenal data that allows us to communicate with them for things like the SuperTicket and VOD. What we know now are consumer habits, and we can basically link up with that particular guest for that movie or for another movie that's coming out. And it also allows us to sell them library titles that other exhibitors can't. There's a lot of runway in this business and it's a business that I think complements our existing services. It's a new business for us, and I see it becoming a "bricks-and-clicks" business in the long-term. 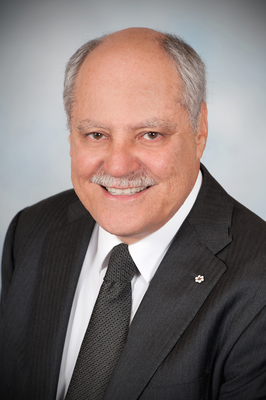 You decided to go with your own in-house online ticketing service, where customers can buy a ticket to see a film at one of your theaters-or at any of your competitor's locations. How did you decide on this strategy?

We started with our own online ticketing many years ago. We were trying to create a destination where Canadians could find tickets by just going to our website. We have a geo-targeted app that will tell you the closest theater [for the film], whether it is a Cineplex theater or not. Fortunately, most of them are Cineplex.

Today we have more than 9 million people who have downloaded our app; 25 percent of Canada's population has our app, and we are now the ninth most popular mobile app in the country.

At the end of the day, we wanted it to be seamless for our guests so that whenever Canadians thought about movies, they'd go to the Cineplex app or website. That was the whole reason driving the decision [to open ticketing to third parties]. We don't really see ourselves as being competitive with other chains, we see ourselves as competitive with what you're going to do with your entertainment time and dollars.

Cineplex is more than a theater brand, it is now an entertainment brand that offers a holistic media approach with Cineplex Media. What are the trends you are envisioning to develop advertising opportunities around your brand?

The media business has grown for us quite significantly. There are a lot of links between the magazine, our website, and the loyalty program. There is a lot we can do together when an agency comes to us in order to create a fully integrated advertising campaign. You've got a lot of additional opportunities with the mobile app, digital signage, TimePlay-which is another innovation where we include interactivity as part of a movie's pre-show-and we've got ShowTime advertising, lobby advertising, and marketing partnerships with different Canadian retailers.

We just signed an agreement with 2,200 Tim Hortons locations to add Tim's TV, and we'll be providing them with the installation, content, and advertising for those locations. The media business goes well beyond the theater itself, so we can now do campaigns with many tentacles that go into several different areas reaching Canadians from coast to coast.

Our industry is about a best-in-class consumer experience. What are your priorities to enhance this experience? Where do you see the future of the exhibition industry heading?

From an industry perspective, I think you'll continue to see advancement in both the delivery of film, higher film rates, better sound systems, laser technology, and more experiments with 4D. In addition to that, at Cineplex we continue to focus on giving the guest the best experience. I've been to a lot of countries and a lot of cinemas around the world, and I would say that at Cineplex we give our customers one of the best experiences and a great value proposition. At the end of the day, its all about making sure that the audience comes back to the theater to continue to indulge in the movie experience.

A lot of the times when we do alternative content programming like the Met Opera, it brings back guests to our theaters who probably hadn't been for many, many years. They enjoy the experience and they start coming back to see movies as well.

What are your thoughts on the "hot-button" topics affecting our industry today: piracy and release windows?

We had a huge issue with piracy in Canada. We worked with the government and studios and now we have some of the toughest antipiracy laws in place. It's now a criminal offense to steal a movie from a theater, and you can end up in jail over it, which wasn't the case prior to 2007.

At Cineplex, we take piracy very seriously and have spent hundreds of thousands of dollars over the years adding security measures to deter theft. We have a zero-tolerance policy for it, and we have trained our theater teams on how to handle these situations. They deserve the praise for their work on the front lines dealing with the issue.

From the perspective of windows, I think it's really important both for the studios and ourselves, as it could have a major impact on both of our businesses if the windows were to continue to shrink as they have in the last number of years. It has kept close to a steady four-month period-there are exceptions, but on average it has been around that time frame. We look at it as an important window to maintain, but we also know we have other windows like VOD where we can continue to innovate.