Domestic Product: Are Admissions Initiatives Responsible for the First Quarter Boom in France and Spain? 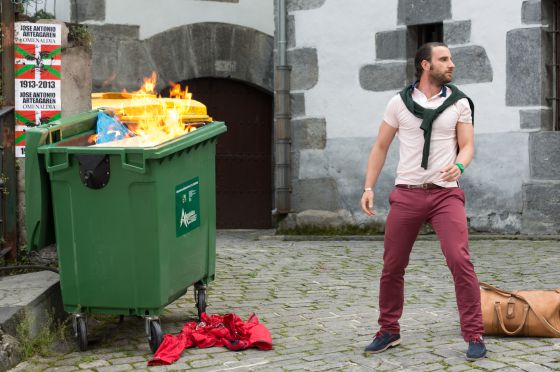 Facing yet another year of losses at the box office, the Spanish exhibition industry realized it needed to do something big to bring people back to the cinema. Admissions in Spain experienced a 27 percent slide from 2009 to 2013, as piracy problems and an economic crisis chipped away at what had once been one of Europe's marquee markets. The solution was only partial and it seemed like a feeble attempt to cover a hemorrhage with a Band-Aid; the Fiesta del Cine was introduced in cinemas across the country-a coordinated campaign to offer tickets for just under €3 over a three-day span in October 2013.

The program was an overwhelming success, revitalizing popular interest in the theatrical experience following a number of major setbacks, such as a 21 percent tax applied on top of ticket prices since September 2012. The reduced ticket price was a major appeal to consumers, and it was only a matter of time before similar campaigns would be approved to cover a larger span of time. Spanish audiences got their wish with the implementation of a reduced-ticket-prices program coordinated in cinemas across the country, allowing filmgoers to attend a function for under €5 every Wednesday from mid-January to mid-April of 2014.

Spanish director Emilio Martínez-Lázaro's culture-clash comedy Ocho apellidos vascos opened in its home market on March 14. The film took the No. 1 spot on its opening weekend with $3.9 million. It has since gone on to dominate the market, finishing as the top film in Spain for over nine consecutive weekends and grossing over $76 million. Ocho apellidos vascos not only survived the release of studio tentpoles like Captain America: The Winter Soldier, Noah, Rio 2, and The Amazing Spider-Man 2 -it thrived as the No. 1 film in the market throughout their respective theatrical runs; none of those films will be able to claim a single weekend as the No. 1 film in Spain. Only three months after finishing a dismal year, Spain had its biggest domestic release of all time-in both box office revenue and admissions -and the No. 2 release in box office history behind Avatar.

Spain can recuperate a lot of the lost ground from the past five years with a slew of promising domestic titles in the coming months. Established franchises like Torrente 5 and [REC] 4: Apocalypse make a return to theaters this year, and beloved comic book characters Mortadelo y Filemón return to the big screen in their first 3D animated film in November. We might be looking at a record year for Spanish cinema in terms of market share by the end of 2014. A sequel for Ocho apellidos vascos, tentatively titled Nueve apellidos catalanes, has already been announced.

The example from Spain reveals the not-so-secret strategy behind boosting admissions in today's European market. A combination of admissions initiatives, coordinated between distributors and exhibitors, along with the resiliency of a domestic hit can make all the difference for any individual European territory.

France has followed a similar approach in 2014 to positive results. The French box office kicked off the year with three months of increased attendance when compared to 2013, resulting in an 18.6 percent increase over last year's numbers in the first quarter alone. The first trimester numbers provide slightly better results, according to an announcement by CNC Director of Studies and Statistics Benoît Danard on Twitter; France has enjoyed an 18.9 percent increase in admissions in 2014 over the previous year.

As in Spain, a possible catalyst for this growth can be attributed to a national admissions initiative that allows any child under the age of 14 to attend any screening of any film in the country for €4. The program has been active since January 2014. The success of domestic fare has also been vital for France's growth. 2014 has already provided two blockbuster hits for the French film industry: Supercondriaque, which has grossed more than $45 million at home since its February premiere, and Qu'est-ce qu'on a fait au Bon Dieu?, a culture-clash comedy (see a pattern here?) that earned more than $42 million in its first three weekends at the French box office.

Last year's doom-and-gloom headlines should neither be forgotten nor taken for granted. The success of both the French and Spanish markets prove, however, that the power of the business continues to be concentrated in providing customers great product at an accessible price point. While strong domestic films don't necessarily translate to a healthy exhibition industry, these case studies from France and Spain prove that a multi-tiered strategy in attracting viewers back to theaters can prove to be a formula for recovery and continued success.

A Look at Some Audience-Development Initiatives in Europe

- Festa del Cinema campaign offered reduced ticket prices May 8-15 of this year. Prices went down to €3 and €5 for 3D films.

- A one-week campaign is scheduled for September 2014 that will offer reduced ticket prices and special events.

- A National Cinema Day is scheduled for November, when tickets will be offered at half price.

- Miércoles al Cine campaign offered tickets ranging from €4 to €5 every Wednesday from January to April of this year.

- Orange Wednesdays has been a two-for-one branded program from the cellphone and Internet provider since 2004.