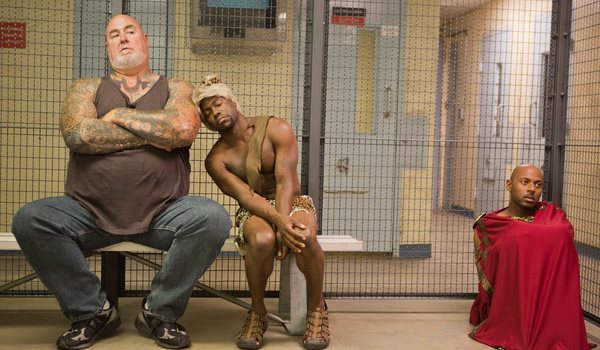 Tuesday Morning Update: Think Like A Man Too led this weekend's newcomers on Monday with 4,628 tweets, up 63% from 2,844 tweets on Sunday. A sequel to the supremely popular Think Like A Man which nabbed over $90 million after it opened in April of 2012. Kevin Hart's appeal has grown even more over the last two years with three more very successful films now under his belt in Let Me Explain, Ride Along and About Last Night. With a well-received first film and Hart's exploding star I would have expected huge things coming into the week but this beginning is a little underwhelming especially considering that Think Like A Man had ~11,000 tweets its Monday before release. Definitely seems like the level of social media hype surrounding the film is quite a few pegs down for the sequel which usually isn't a great sign for box office potential. On the bright-side, the jump from Sunday was over 62% and it is off to a strong start so far on Tuesday. I'll reserve too much judgement before tomorrow's numbers but considering the tear that Twitter has been on in general in 2014 I have a hard time seeing how this comes close to matching the take of the first film unless it gets a serious tweet-infusion from here on out.

Jersey Boys barely made its way into the top 15 with 2,056 tweets on Monday, up 53% from 1,341 tweets on Sunday. The film is looking squarely at the older demographic of 40 somethings and over which means that it is expected to largely fly under the radar of Twitter and social media in general. Clint Eastwood's name attached as director is perhaps its biggest draw for social media and why it is even in the top 15. Comparisons are tough to come by, with the best I can think of being Rock Of Ages which had 4,457 tweets its Monday before release. The target audience here should be even older than Rock Of Ages so I don't think its apples to apples but I would like to follow its percentage gains as the week goes on to get some additional clues about its impending fortune.

Tags: Think Like a Man Too, Jersey Boys, social-media-trends