Fandango: 'Think Like a Man Too' Outpacing 'Ride Along' in Advance Ticket Sales 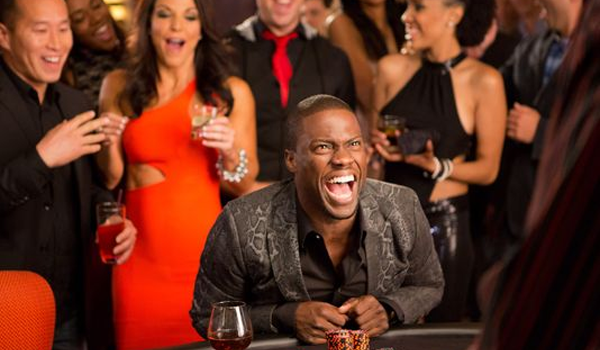 LOS ANGELES - June 19, 2014 - According to Fandango, the nation's leading moviegoer destination, the highly-anticipated sequel "Think Like a Man Too," featuring Kevin Hart, is winning over weekend audiences, scoring 84 out of 100 points on the company's Fanticipation movie buzz indicator. The new comedy is outselling previous Kevin Hart movies including "Ride Along," "Think Like a Man" and "Kevin Hart: Let Me Explain," at the same point in the Fandango sales cycle.

According to a survey of more than 1,000 "Think Like a Man Too" ticket-buyers on Fandango:
89% consider themselves Kevin Hart fans;

67% have seen "Ride Along," the previous Kevin Hart film directed by Tim Story;

63% say the film's Las Vegas setting inspires them to take a vacation there;

51% picked Taraji P. Henson as the other cast member they're most anticipating in the movie.

"Kevin Hart is on a roll," notes Fandango Chief Correspondent Dave Karger. "Hart is a master at using social media to let his fans know they'll have a good, raucous time at his movies. Fandango's advance ticket sales for ‘Think Like a Man Too' indicate that this may be one of the biggest hits of his career."

Tags: Think Like A Man Too, Jersey Boys, north-america