'Think Like A Man Too' Ready To Cash In 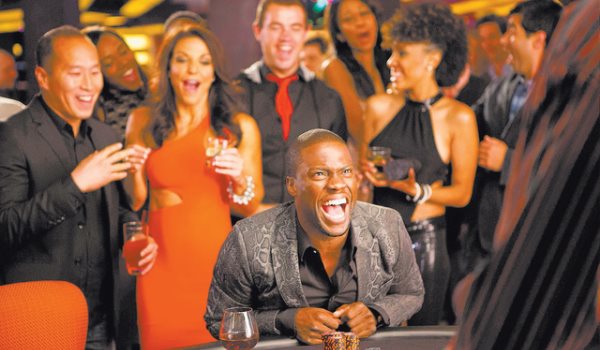 Thursday Morning Update: Think Like A Man Too had the slightest of increases on Wednesday, rising to 13,095 tweets, up 3% from Tuesday's 12,691 tweets. By comparison, Think Like A Man had 25,489 tweets its Wednesday before release. The Twitter numbers here have been underwhelming compared to the original over the last three days (30k versus 50k) but we also have to take into consideration that the built in audience for the film is much larger now and if we compare its numbers to others in the genre such as About Last Night (14k over the same period) or Tyler Perry's: Single Moms Club (18k) it is actually much larger in stature. We are going with $34 million for its opening frame here at Box Office, and have it tipped to lead all films, making it the tenth straight week that we will see a brand new #1 film, that's the longest streak since 2011 began with 12 different openers at the top of the box office.

Jersey Boys continued to inch along on Wednesday as it accounted for 2,074 tweets, up from 2,022 on Tuesday. It just clearly hasn't been able to extensively connect with anyone outside of its core demographic of 50+ year old who are fans of both Eastwood and Frankie Valli And The Four Seasons. This should be enough to secure a respectable, though uninspiring, $12 million over the weekend.

Into The Woods also popped onto the radar but mostly due to critics, fans and columnists expressing their displeasure over Disney's decision to change the plot of the adaptation to make it more family friendly. The worry is that this is exactly what made it notable in the first place and will completely devalue the adaptation. This is really just coming from the fans of the original material who are going to be a tiny portion of the eventual audience of the film and in the end won't make a real difference to its fortunes, but its still notable all the same that this is the first news that surfaces (it had the highest negative to total tweet ratio of any film over 1,000 tweets on the day). Any news is good news I suppose?

Tags: Think Like a Man Too, Jersey Boys, social-media-trends